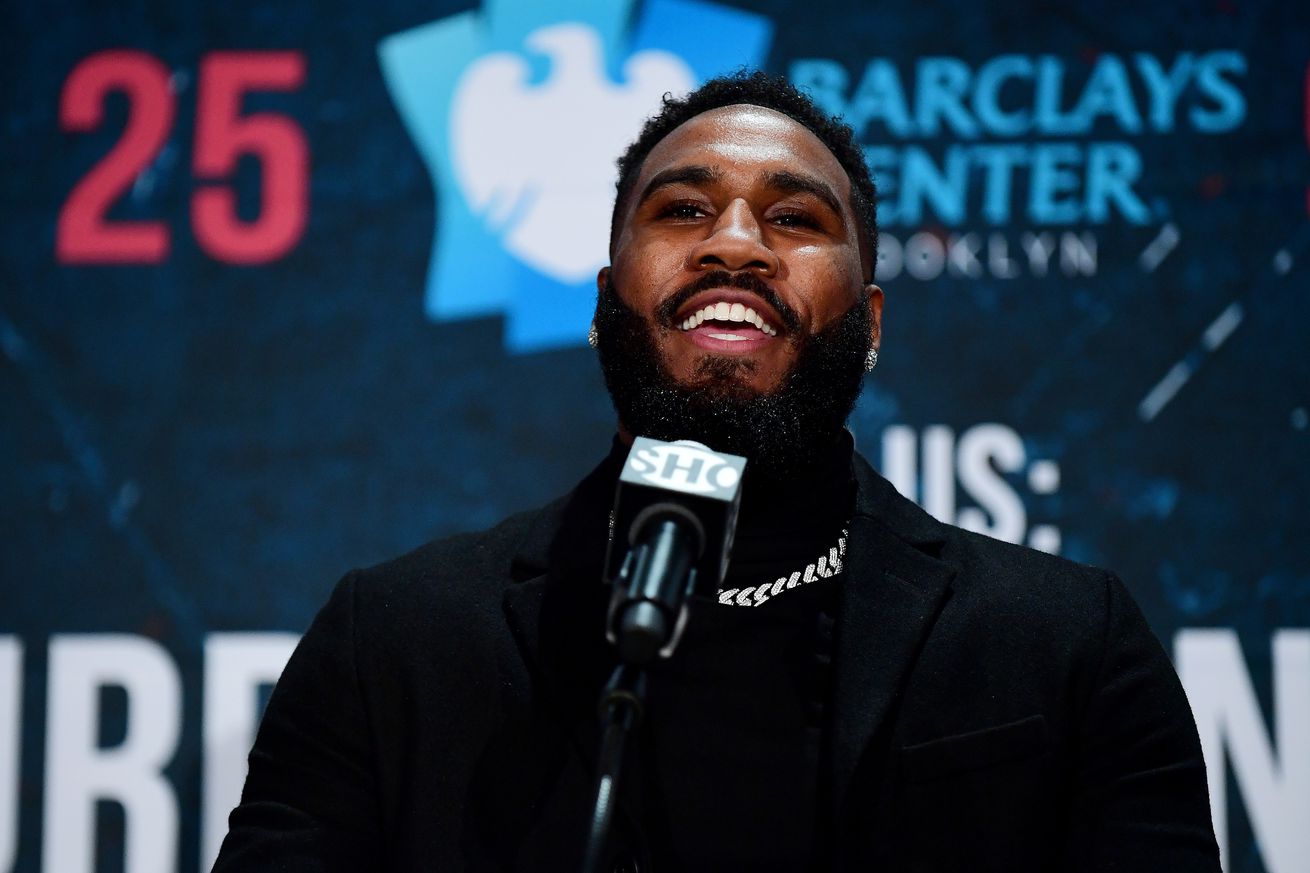 The former 154-pound titleholder laces up again on Saturday, aiming to bounce back from his first pro loss.

Former unified 154-pound titleholder Jarrett Hurd hasn’t fought since his loss to Julian Williams last May, and his career has seen a lot of turmoil behind the scenes since then.

He spoke last month about the loss costing him not just his “0,” but his trainer, and because of the changes in his team, the 29-year-old Hurd couldn’t go after a rematch with Julian Williams, who upset Hurd near his hometown last spring.

With Williams now having suffered his own home fight upset last weekend against Jeison Rosario, a possible rematch with “J Rock” is off the table, or at the very least it wouldn’t be for any titles right now. (Williams is expected to rematch Rosario.)

But Hurd (23-1, 16 KO) wasn’t going into his fight this weekend against veteran Francisco Santana with any grand plan, anyway, other than to look good and get a win.

“This fight isn’t about making a statement,” Hurd said from training camp. “I just want to get the win and fight a great fight. I’m going to remind the boxing world what it’s like when I bring a storm to Brooklyn.”

Hurd will be working with trainer Kay Koroma for the first time. Hurd speaks well of how things have gone in their first time working together.

“Camp has been going great with my new trainer Kay Koroma,” said Hurd. “We’ve been working on a lot of head movement and jabs. We’re strictly focused on boxing and working on all the areas where I have room to grow. He’s really opened my eyes to a lot of things.”

Koroma is an assistant coach for the United States amateur team, and also trains fighters in Virginia, so he’s local to Hurd. But they took camp out to Colorado Springs so that Hurd could stay sharp on his work.

“The positives are that there’s literally nothing to focus on out here except boxing,” said Hurd. “No distractions at all. The only negative is you can get homesick. I miss my girlfriend and my family. Also, I just got a new puppy named Bolt and I miss my little guy, too.”

Santana (25-7-1, 12 KO) is a 33-year-old veteran from California, one of those fighters you’ve seen at least once for sure but might not always remember right away. He’s a capable boxer, and has been in the ring over the years with the likes of Julian Williams, Jermell Charlo, Jose Benavidez Jr, and Karim Mayfield (twice). And he has pulled a couple upsets in his time; he’s the one who took the “0” from Eddie Gomez in 2014, and he beat Felix Diaz in Apr. 2018.

Santana won’t be seen as a threat on paper, and Hurd doesn’t sound concerned, but he also says he’s focused and ready to do the job.

“We just wanted a matchup to get back in the groove of things,” said Hurd. “I’ve been inactive for the better part of the last year. Santana being a smaller fighter, he will stay close and try to outwork me. I know he’s coming to win, so I’m not thinking about anyone but Francisco Santana. We’re going to work behind strategy and skills to get the victory.”

Hurd and Santana meet this Saturday night in Brooklyn, live on Showtime in the Garcia-Redkach co-feature.