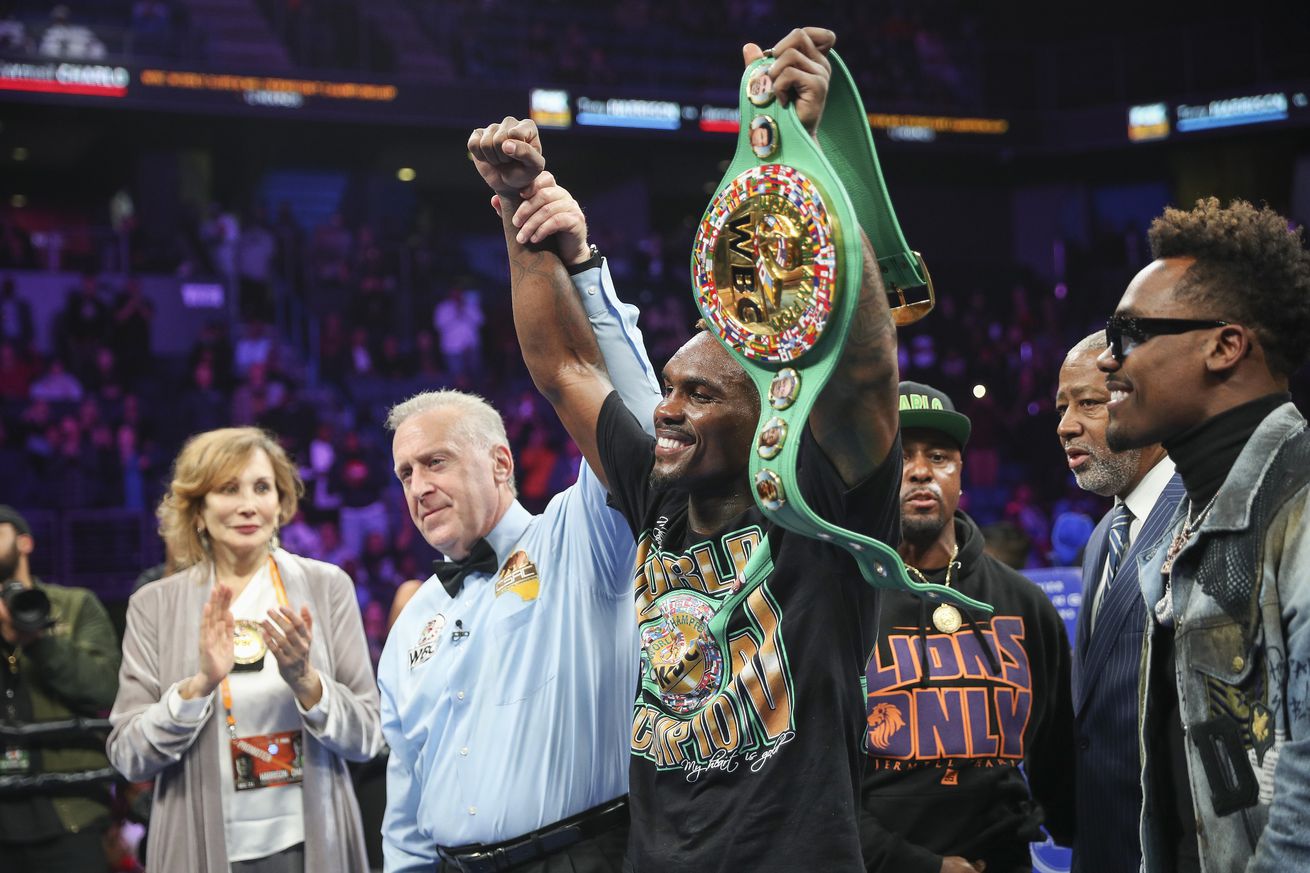 It was a fight weekend predictably overshadowed by “The Notorious,” but questions loom large over the state of the junior middleweight division.

The ink of 2020 is still wet, yet this past weekend offered up an early contender for Upset of the Year.

“J-Rock” came, conquered, then fell at the first hurdle: it seems that none of the current crop of junior middleweights have the ingredients needed to dominate a division that is still in search of its rightful ruler.

In his first return to Philly since 2011, Williams was humbled by the bigger, stronger, hungrier challenger in Jeison Rosario. “Banana” proved a natural banana skin to the unified champion, repeating Williams’ efforts last May in dethroning the division’s champion in front of his home town.

“Rosario was the better man tonight,” Williams said post-fight. “It was a great homecoming for my fans, and I’m sorry I let them down. What went wrong tonight needs to and will be fixed. We’re going to an immediate rematch, and we look forward to returning the favour.”

At least I hadn’t posted a 1,464-word Philly-inspired piece on Williams returning home to “start the next chapter in his story” the morning of fight night...

It signals a life-changing win for Rosario, who is expected, but not guaranteed, to rematch Williams at some point this year. Whether Williams will want or should want that smoke again, remains to be seen.

“As soon as I stepped into the ring, I knew he could not hurt me,” the newly crowned unified junior middleweight champion said after his fifth-round stoppage. “I knew that my power was affecting him right away. This is a big victory for the whole Dominican Republic and for me.”

So as it stands, Jeison Rosario, Jermell Charlo and Patrick Teixeira are the titlists in this ever-changing division, with Erislandy Lara in possession of the WBA’s secondary strap. With Game of Thrones-esque shocks, character development and dragons – okay, not so much the dragons part – the following 12 months are expected to follow suit as we press play on another season.

Israil Madrimov – the hard-hitting Asian Games gold medalist from 2018 – looks primed to become a player in the division after a perfect start to life as a professional. The Uzbek who is ranked No. 4 with the WBA may become embroiled in a frustrating waiting game in search of a rapid climb, but the 24-year-old certainly looks ready for a test against the second-tier guys at the weight.

Erickson Lubin sits atop of the WBC’s rankings awaiting another shot at Jermell’s regained WBC title. “The Hammer” was banged out in the opening round last time they met but has since strung together four wins, showing improvements.

Bakhram Murtazaliev is ranked No. 1 with the IBF and No. 2 with the WBO – the Russian has stretched to 17-0 since turning over in 2014 and is well-positioned to fight for a title in 2020. Murtazaliev is easy to watch, looking to follow in the footsteps of his idol Roy Jones Jr.

Hurd fights this coming weekend looking to rebuild into the division after dropping his crown last May; Jessie Vargas will be expected to return to 154, following his duke in Texas with Mikey Garcia; and Brian Castano and Michel Soro will both be eyeing up a title shot, over two years on from the Argentine pinching a split decision in France – this, despite both being on the wrong side of 30.

Liam Smith and Kell Brook – despite his inactivity – lead the British contingent looking to regain world honours, with the former holding the WBO strap in a forgettable reign from 2015-16. Scott Fitzgerald and Anthony Fowler may rematch this year, with the winner looking towards European honours.

Sergio Garcia has impressed as European champion despite making enemies at Matchroom, and Tony Harrison is expected to come again after sharing the spoils in back-to-back bouts with “Iron Man.”

Tim Tszyu looks like he has a promising future, that future may well end up in an intriguing crossroads fight as he locks horns with Jeff Horn in April, a domestic crossroads fight Down Under which ticks a hell of a lot of boxes.

“Any man who must say, ‘I am the king,’ is no true king,” Tywin Lannister uttered in the hit HBO series. Such seems true of the junior middleweights, as we ponder who will occupy the iron throne.