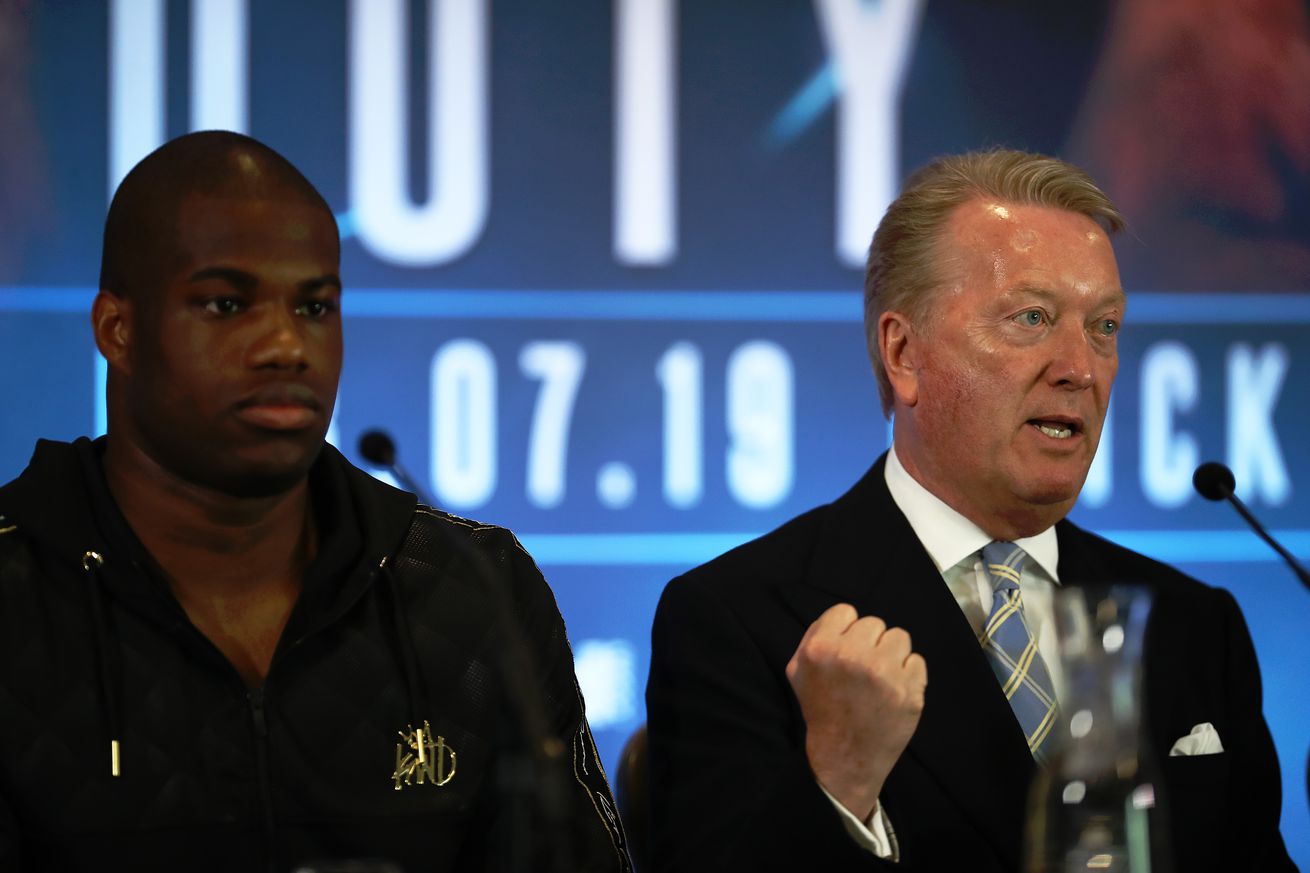 The British promoter has his sights set on two big fights for this year.

Promoter Frank Warren says he’s working on a pair of big fights, one a meeting of unbeaten heavyweights between Daniel Dubois and Joe Joyce, and the other a featherweight world title unification bout between Josh Warrington and Shakur Stevenson.

Neither is fresh news, really, but it’s worth noting that Warren is, indeed, still looking to do these fights, talking about them in the press and all.

Dubois (14-0, 13 KO) and Joyce (10-0, 9 KO) could potentially meet in April, which has been on the table since Joyce’s scheduled fight this month against Marco Huck was called off due to Huck getting injured. That fight was headed to Germany with the vacant European title at stake, and now Warren wants to get that belt up for grabs between his two fighters, with Dubois’ British and Commonwealth titles also potentially on the line.

It’d be a big fight for both guys and a very big fight for domestic interest in the UK, too. Dubois has really picked up some buzz, while Joyce won a silver medal at the 2016 Olympics and at 34, it’s time for him to get a move on toward the upper echelon, probably, if he can.

Warrington (30-0, 7 KO) holds the IBF title at 126 pounds and is widely regarded as the top featherweight in the world right now, while Stevenson (13-0, 7 KO) picked up the vacant WBO belt with a wide decision win over Joet Gonzalez in October.

Stevenson is currently slated to fight Miguel Marriaga on Mar. 14 in New York, so Warrington-Stevenson would be a summer fight, most likely. It’s another really good matchup on paper, as Warrington has been aching to unify and Stevenson has specifically called Warrington out in the past.