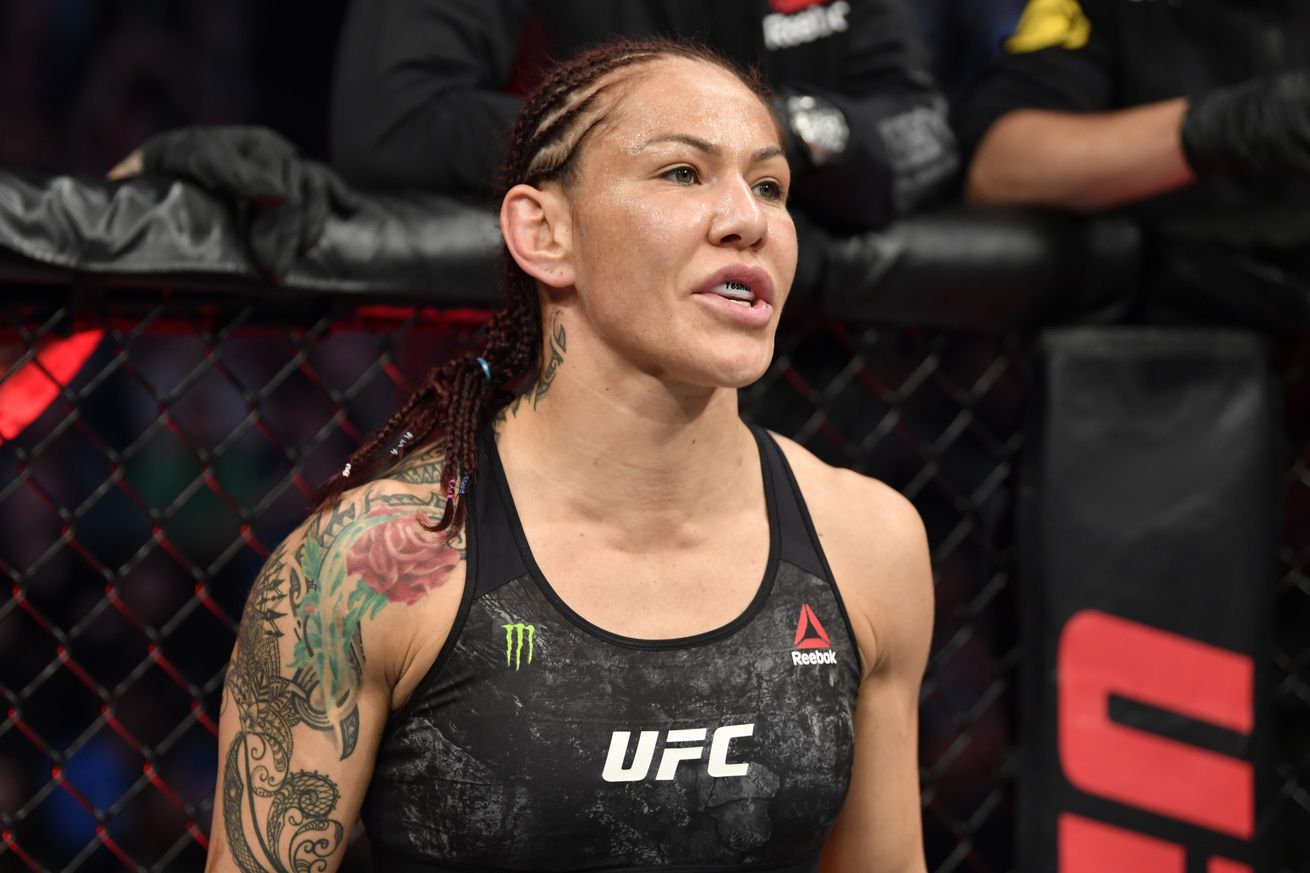 The MMA veteran has previously expressed the same desire.

MMA veteran Cris Cyborg makes her Bellator debut this Saturday night (which will stream live on DAZN, for what it’s worth), taking on Bellator featherweight champion Julia Budd in a 145-pound fight.

Cyborg (21-2 in MMA) is no stranger to boxing discussion, and that’s coming back in this world where many fighters in both sports have talked about crossing over for paydays, and we saw Conor McGregor actually do it a couple years ago for a high level event.

Cyborg’s name was attached to undisputed welterweight boxing champion Cecilia Braekhus a couple of years ago, most notably, as the two met and talked about possibly fighting down the line.

Now, Cyborg’s name is back in boxing circles, as she tells ESPN that she remains interested in coming to the sweet science.

But before you think this is McGregor-esque, know that Cyborg isn’t delusional about her chances:

“For sure, I need some time to train in boxing, because I’m really focused on MMA. ... I train boxing. But I think for fighting boxing, it’s different. It’s a different sport.”

Bellator promoter Scott Coker has reportedly spoken to various boxing promoters about doing something, and Cyborg confirms that her deal with the company allows her to do boxing or pro wrestling if the right offer comes along.

It’s worth noting that Cyborg, 34, was knocked out from punches against the naturally smaller Amanda Nunes in Dec. 2018 at a UFC event; smaller gloves and different tactics and all that, but still.

A fight with Braekhus (36-0, 9 KO) could certainly be worth some money, but this and the Claressa Shields-Laila Ali thing both — while potentially interesting — have to be looked at realistically, too. There’s not $15 million in purse money to hand out for Shields-Ali without some promoter and broadcaster taking a bath on it. And Braekhus-Cyborg is only so big, too, particularly now that Cyborg is outside the UFC promotional machine. Women’s boxing has gained a lot of momentum thanks to Shields and Katie Taylor and veteran pros like Braekhus to a lesser extent, but the interest is still pretty low overall, and there’s no point pretending otherwise.

But, you know, most likely neither fight is going to happen, anyway, despite desires and hopes and wishes.