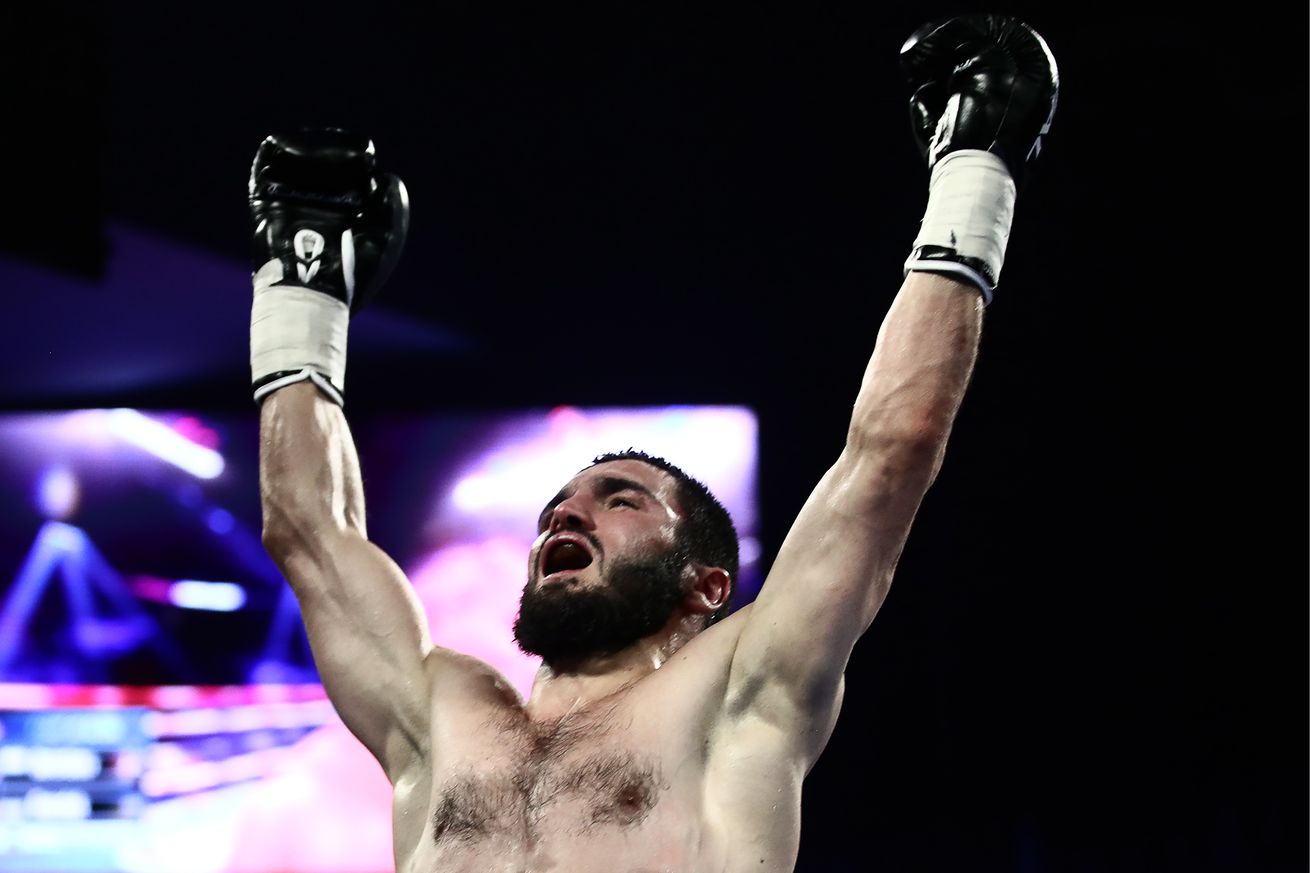 Artur Beterbiev and Oleksandr Gvozdyk went about even-up through eight rounds before Beterbiev took over.

Artur Beterbiev trailed on the official scorecards at the time of his stoppage win over Oleksandr Gvozdyk on Friday night, with two judges having Gvozdyk ahead when Beterbiev put the Ukrainian away to unify the IBF and WBC light heavyweight titles in the 10th round.

It was a close fight to most eyes, I’d say. Judges John McKaie and Ron McNair had Gvozdyk up by scores of 87-84 and 86-85, respectively, while judge John Poturaj had Beterbiev up 87-83, and had also given Beterbiev (15-0, 15 KO) a 10-8 round in the ninth, without a knockdown. That’s certainly defensible, as Beterbiev truly dominated that round, giving way to the three knockdowns he’d use to put Gvozdyk (17-1, 13 KO) away in the 10th.

As for Bad Left Hook, we had it 86-85 Beterbiev (myself) and 86-85 Gvozdyk (Wil Esco). It was clear after the ninth round that Beterbiev had grabbed the momentum hard, but it wasn’t clear at that point who should have been leading on the cards. It was a hell of a competitive fight between a couple of fantastic fighters.