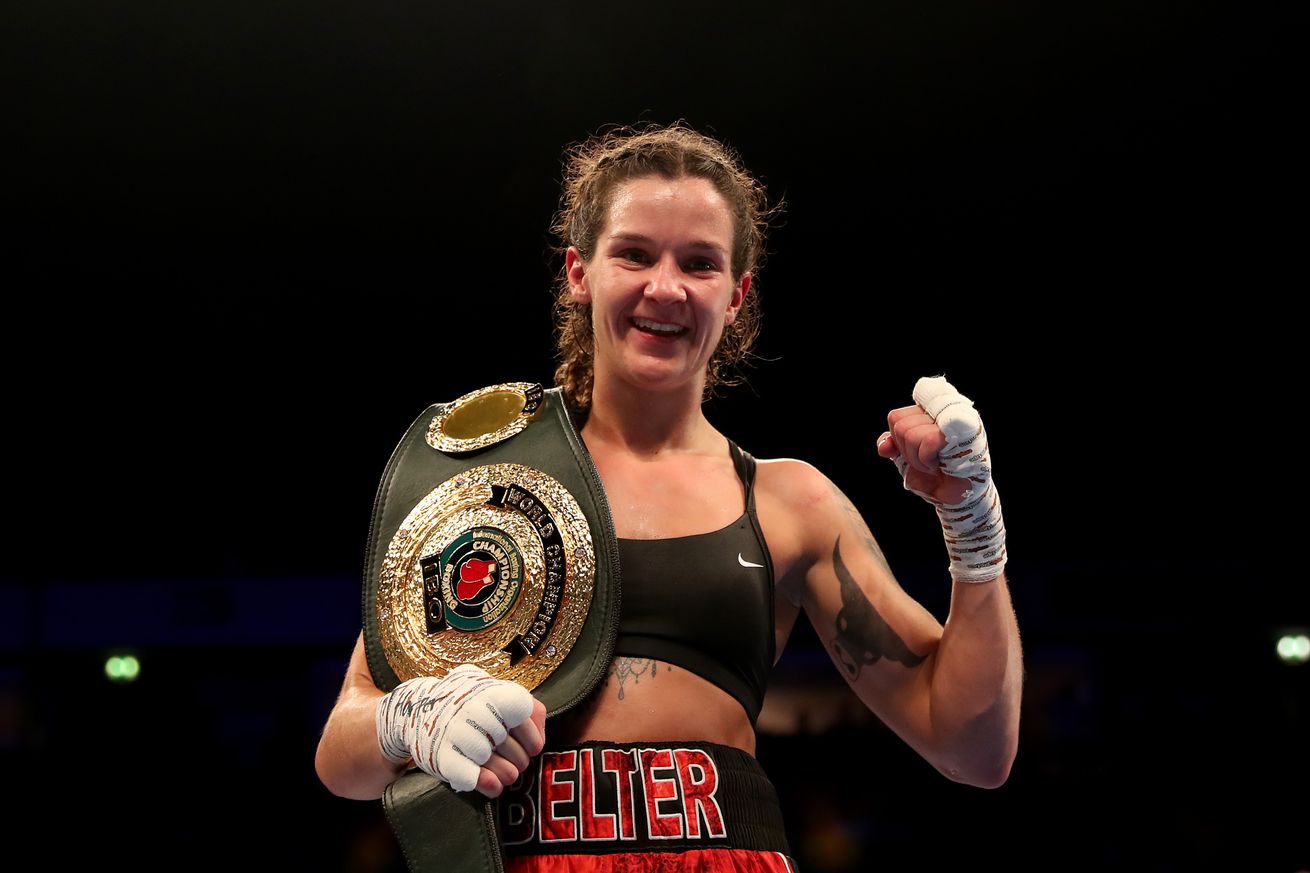 Harper challenges for her first world title on the Brook-DeLuca card.

Junior lightweight prospect Terri Harper is stepping up for his first world title fight on Feb. 8, when she challenges Eva Wahlstrom for the WBC 130-pound title on the Brook-DeLuca card in Sheffield, England.

Harper, 23, has put up a record of 9-0 (5 KO) thus far, and has looked like one of the most promising young women’s fighters in the game. She knows Wahlstrom (23-1-2, 3 KO) is a genuine step up from her previous opposition, but she’s also confident that she’ll get the stoppage win and her first major title.

“Eva is a solid opponent who has shared the ring with some great female boxers over a long career,” Harper said. “She has more experience than me, but she is nearly 40, and I feel it is my time now to take the baton and get the win. I feel like I have long range and won’t get dragged into a brawl. We have seen that she is open to that back hand so that is what we have been working with in the gym, I want to get back on my knockout streak!

“It’s a 50/50 fight but I feel like I have got youth on my side. I am so hungry to win this and have prepared for the best version of Eva Wahlstrom possible. I have put 110% into this camp because I know that if I prepare correctly that I can change my life on February 8. I have dreams of boxing in America and I see that as the next goal for me after winning this WBC title.

“All I see in this fight is me being dominant with my jab and then stopping her with my back hand, I just feel like it’s something she will not be able to deal with. I feel my fitness will come through and the fight will be over in the mid to late rounds.”

Wahlstrom, 39, is 1-1-1 in her last three and hasn’t won a title fight since 2018. She stepped up to lightweight to face Katie Taylor in Dec. 2018 and was handily shut out over 10 rounds, then fought last August against unheralded Ronica Jeffrey and escaped with a draw. It’s hard to argue she’s not starting to fight her age, but Harper is probably right that on paper it should be about 50/50 given the difference in experience levels.