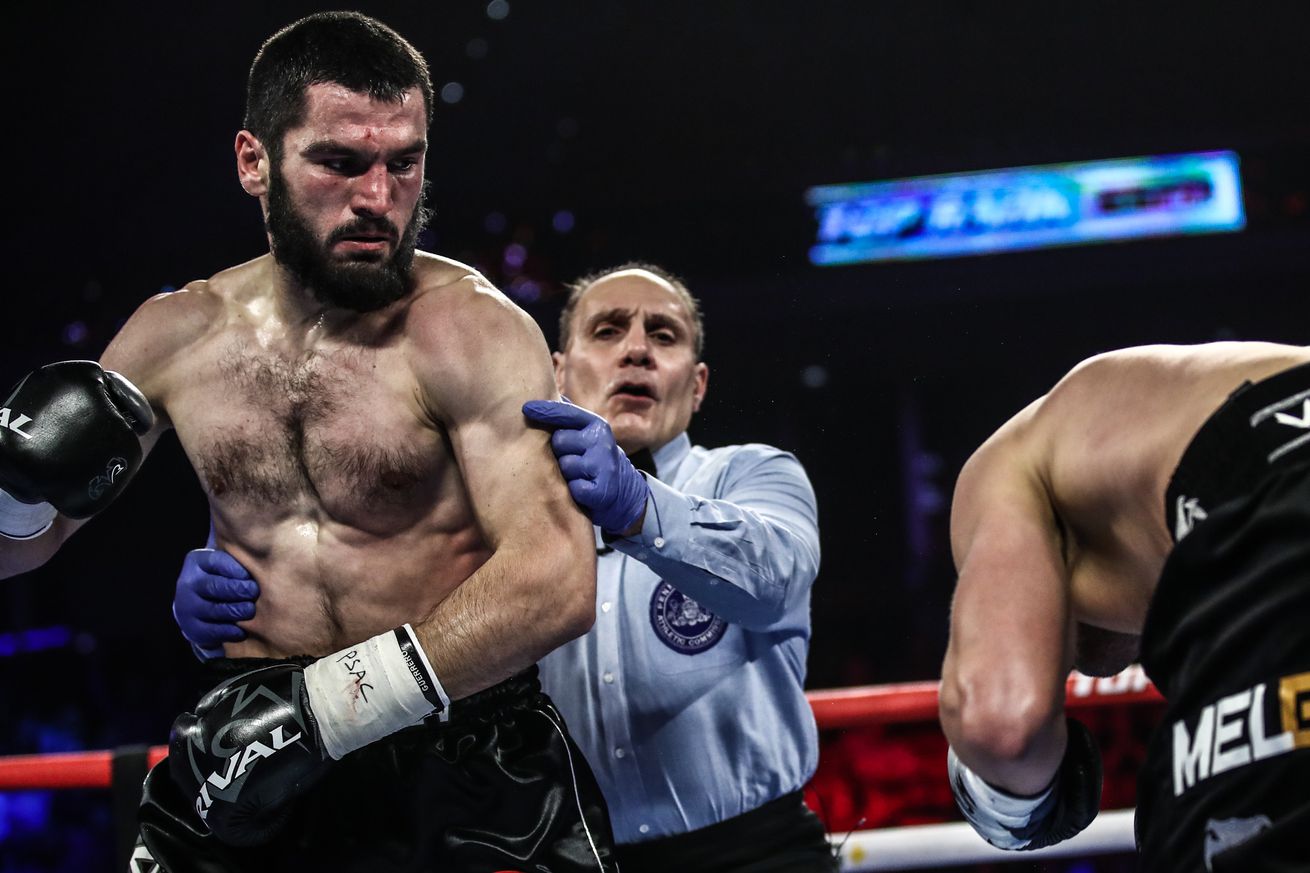 Artur Beterbiev will make a mandatory defense next, and it’d probably be wise to forget about him fighting Canelo Alvarez in the near future.

Promoter Bob Arum said last week that he would not be going to Saudi Arabiato watch his charismatic and ultra talented pugilist Tyson Fury do the WWE thing, because he “has a business to run.”

In this case, he said, he’d be instead traveling to China to get some deal or deals done on and around Oct. 31, when Fury will do a scripted tango with Braun Strowman.

On Saturday night, it appeared that we learned a bit more what that China trip could include. When Artur Beterbiev retained his IBF light heavyweight belt and added Oleksandr Gvozdyk’s WBC 175 strap, we watching on ESPN and at Liacouras Arena in Philly saw Arum go into the ring after the fight ended in round ten.

The 87-year-old Brooklyn-born iconic deal-maker approached Beterbiev, who now holds 15-0 (15 KO) mark, and spoke to him about what could come next.

How about a February fight, he asked the Russian, and what about doing it in China?

Beterbiev said to Bernardo Osuna after he had his hand raised that he is open to all challenges.

Interestingly, he also admitted that he hasn’t always adored training — but now, he promised, he will be that much more dialed in when training, because he has two belts, and wants to grow his legacy that much more.

Being that one Meng Fanlong, a 31-year-old China native, a 16-0 (10 KO) hitter with a sub-stellar resume, would be his foe in China, we expect he collects a W and keeps his KO streak if Arum’s plan plays out.

Fanlong, from video, likes to move. He is self-contained, not reckless, paws a jab, then at times snaps it. The jab is his favorite and best weapon. His left stays holstered a lot, though he used it in uppercut form in fine fashion when stopping Daniel Judah in 2016. Judah went 1-8 in his last nine and hasn’t been in the ring since.

Frank Buglioni, now retired, is the best bold face name on Fanlong’s Boxrec, and the No. 1-rated Chinese fighter has fought two pro debuters since he started as a pro in 2015.

There would be the temptation to look past Beterbiev-Fanlong, but, of course, we all know that things need to play out on the ring, and what looks to be on paper needs to play out live.

One supposition I would stick by: I think there’s no way Canelo Alvarez, should he down Sergey Kovalev on Nov. 2, would stick around at 175 in order to try to unify against Beterbiev. The Russian is a bear of a man, a bruising and mauling and ridiculously sturdy specimen. Canelo would be too small for him.