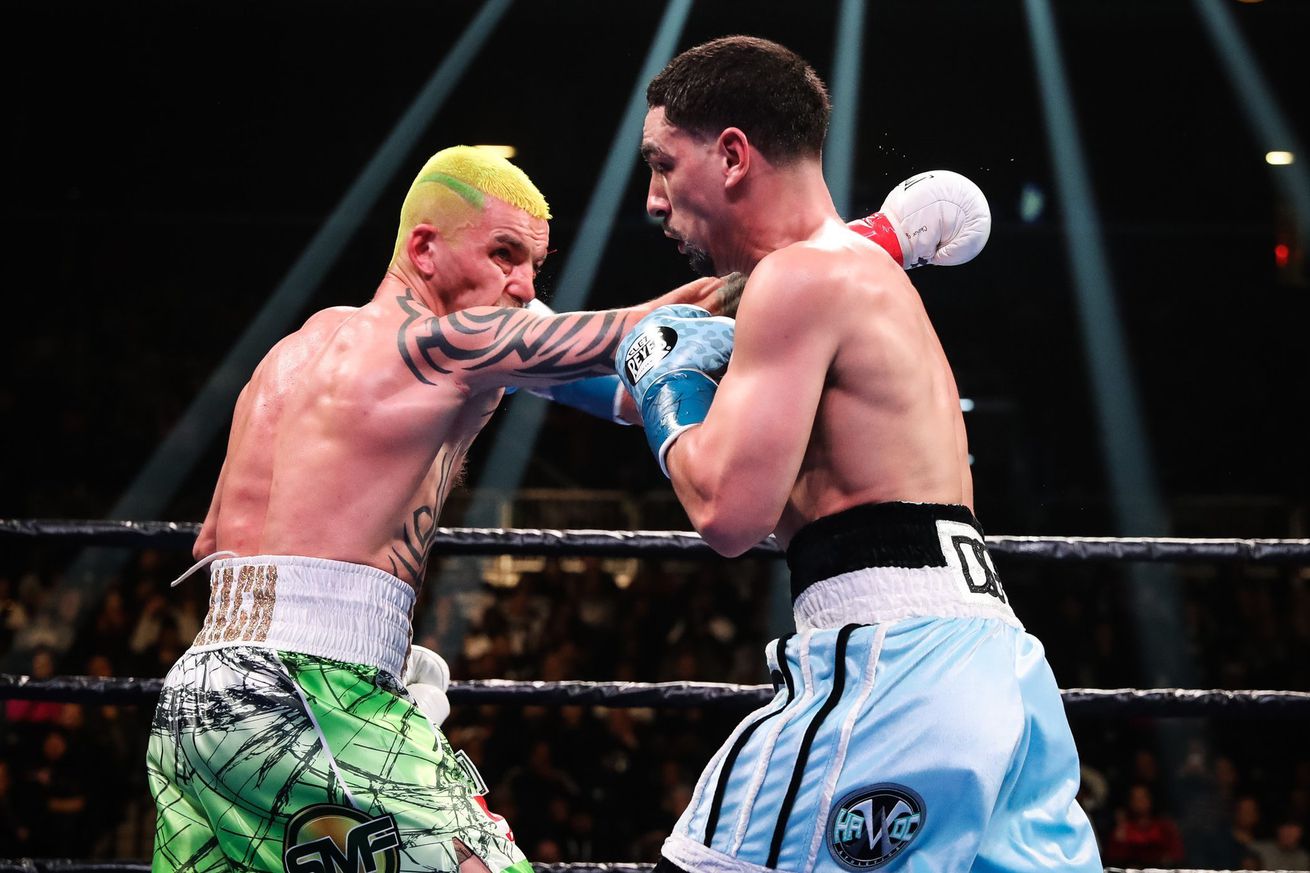 Danny Garcia didn’t put on the sort of show many anticipated, but then neither did opponent Ivan Redkach, as the two welterweights went a full and largely fairly dull 12 rounds tonight on Showtime, with Garcia winning a one-sided decision.

Garcia (36-2, 21 KO) won on scores of 117-111, 117-111, and 118-110 in what was a WBC eliminator, putting the 31-year-old Philadelphia fighter officially in line for a shot at one of the two belts held by Errol Spence Jr. Garcia and Spence were planning to fight one another tonight, in fact, before Spence’s car crash last fall put him on the sidelines for the time being, resulting in this tune-up affair.

Redkach (23-5-1, 18 KO) has been known as a reckless warrior throughout his rather turbulent career, but he didn’t show that sort of approach tonight. He looked tentative against Garcia, known as a strong counter puncher, and thus never really closed the distance, and proved totally overmatched at any sort of range.

Garcia did seem to hurt the 33-year-old Ukrainian a few times, including late in the fifth round, and he cut Redkach in the seventh round on a right hand. Redkach’s highlight, such as it were, was probably biting Garcia on the shoulder in round eight, which Garcia more or less laughed off after the bout.

“He said ‘Mike Tyson!’ when he bit me,” Garcia told Showtime’s Jim Gray with a smile. “I said, ‘Ref he bit me!’ That’s my first time ever getting bit in a fight. Things happen, though.”

Garcia said he did want the knockout, and felt that the referee could have stepped in at some point.

“I thought the referee was gonna stop it, because I felt like I was punishing him,” he said. “He’s a tough guy, he hung in there. I wanted to get the KO but I didn’t get it. I wanted the knockout bad, but I’ll accept this.”

Garcia also admitted that he didn’t come into camp in the best shape, and after having been out of action since last April, said he didn’t feel like he was at peak performance tonight.

“I felt good, but I didn’t feel my best,” he said. “Maybe [there was some rust], and I did lose a lot of weight for this fight, so maybe that played a factor. I lost about 25 pounds in eight weeks. I’m eating good. But I promise myself to stay in the gym now and stay in shape.”

The big question now is what’s next for Garcia. Spence plans to return in the spring, but that’s expected to be as much of a tune-up as an IBF/WBC title fight can be, and to be sure you can pretty easily schedule a proper tune-up for a title fight, we see it all the time. There’s also Manny Pacquiao, who has been on Garcia’s mind. Both Spence and Pacquiao are southpaws, which was a big reason Garcia chose Redkach for this date once it was clear he wasn’t getting the big fight tonight.

“Either of those fights, I would like to have,” Garcia said of Spence and Pacquiao. “I think my style fits great with both fighters, or even a rematch with Keith Thurman, or [a fight with] Mikey Garcia.”

Time will tell what’s next for Danny, and while he didn’t exactly thrill this evening, he got the win, got active, and kept himself moving forward.