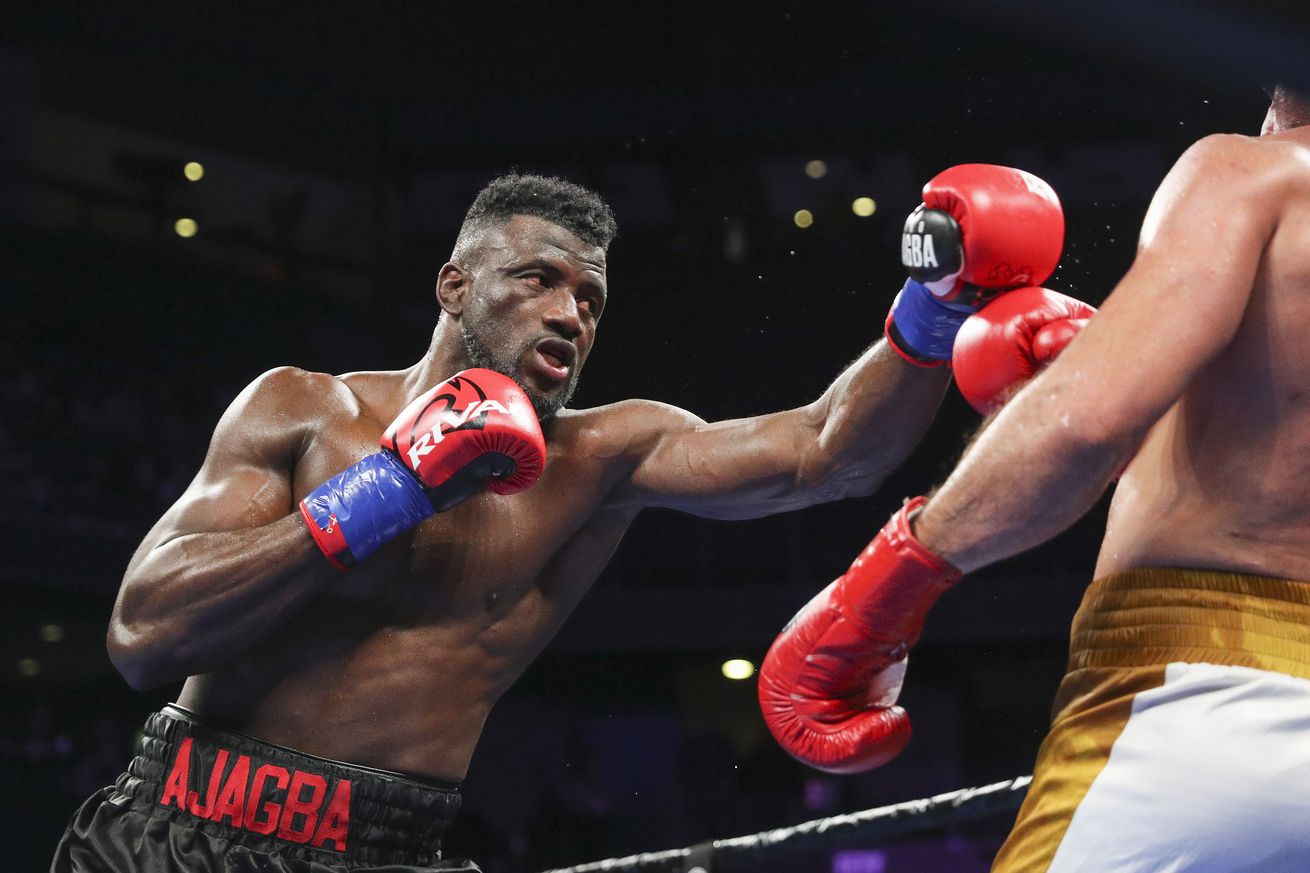 The Nigerian heavyweight prospect has his next opponent set.

We already knew that heavyweight prospect Efe Ajagba would return on the Mar. 7 FOX card, an all-heavyweight event headlined by Adam Kownacki vs Robert Helenius, and now he’s got an opponent.

Cojanu, 32, is a Romanian fighter now based in California, and in all honesty isn’t much of a step up from Ajagba’s last win, a wild slugfest where he stopped Iago Kiladze in December.

But if you can get media people to say “former world title challenger” it might trick some folks. Cojanu challenged for a title as a short-notice replacement, facing then-WBO titleholder Joseph Parker in 2017. Parker won a dominant unanimous decision.

Since the loss to Parker, Cojanu has gone 1-3, losing three straight fights to Luis Ortiz, Nathan Gorman, and Daniel Dubois before a win over club fighter Tamaz Zadishvili last October in Monte Carlo. Cojanu’s level is set at prospect checker, and he’s really less checker than he is fodder for legitimate prospects. Gorman pretty much shut him out over 12, while Dubois put him away in two.

The FOX card will also feature a 10-round bout between Frank Sanchez and Joey Dawejko, and the prelims will have another heavyweight clash between Robert Alfonso and Carlos Negron.