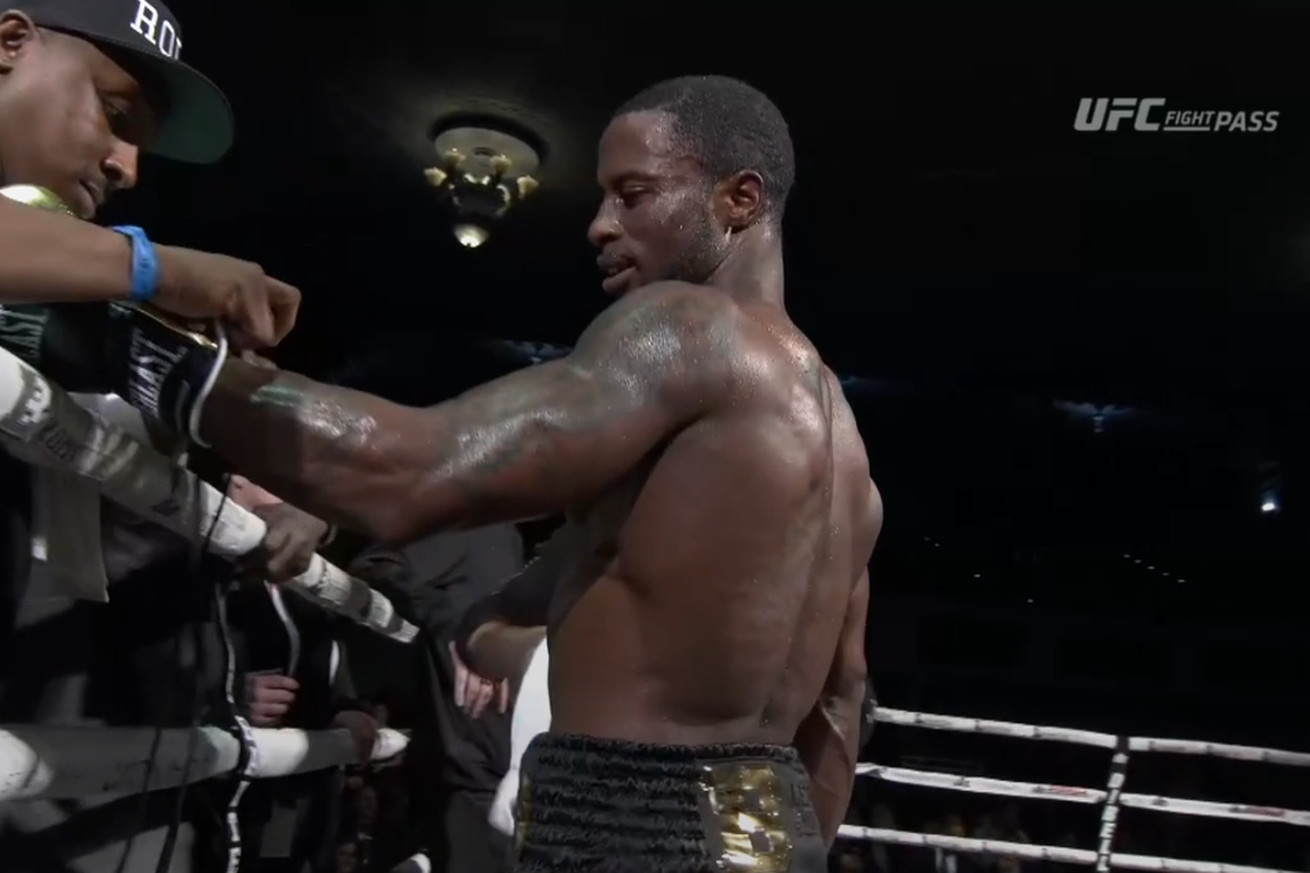 The favorites all triumphed without any trouble tonight on UFC Fight Pass.

Tonight’s (off) Broadway Boxing from Toronto is in the books, with all four A-sides winning handily on the card at Danforth Music Hall.

Clayton (18-0, 12 KO) was a 2012 Olympian for Canada, and the 32-year-old welterweight is top 10 ranked by both the IBF and WBO, No. 13 by the WBA, No. 30 by the WBC. The WBC are probably the closest to accurate, but then there are also guys ranked ahead of Clayton who probably aren’t as good as Clayton, too, so, y’know. Sanctioning bodies.

Clayton had no issue here, as Argentina’s Ramirez (21-4, 6 KO) basically did his best to avoid a fight after the opening round. Ramirez once stopped Bradley Skeete in two rounds and has lived off that since, but this was his second straight loss. But this was his first stoppage defeat, and Clayton looked sharp here, fundamentally sound, if not really like someone who figures to be a major threat to any of the top names at welterweight.

“I want that title,” he said after the comfortable win. “That’s something I think everyone always works toward. It’ll be a big year this year, and by the end of the year I should be able to get that title shot.”

Clayton has never fought outside of Canada and never fought anyone you’d even consider a fringe contender, so his name value remains pretty low, and he’s not getting any younger. Until or unless he makes a bigger name for himself with a riskier fight, if he’s going to get a shot, he’ll most likely either be forced in by mandatory order or chosen as someone meant to be a stay-busy opponent.

dos Santos (16-11, 12 KO) took this fight on very short notice, a 5’6” junior middleweight who fought here at super middleweight, which is nothing really new for him; the 42-year-old Brazilian is a journeyman who travels around and fights on short notice when someone needs him.

The underdog gave it a go here, winging some shots, but Rolls (20-1, 11 KO) had no trouble against a much smaller, completely overmatched opponent. Rolls worked the body and launched a bunch of uppercuts, too, finally putting dos Santos down early in the fourth round, where the referee counted him out in the corner.

This was the hometown fighter’s first bout since his loss last June to Gennadiy Golovkin at Madison Square Garden, and he says he’s up for another big chance at either 160 or 168.

“I feel good at this weight, I feel comfortable, but I can still make 160,” Rolls said. “Wherever I get a good opportunity, that’s where I’ll fight.”

One of the nice things about Uzbekistan’s Normatov (10-0, 3 KO) is he’s very helpful, he loves to let the judges do their jobs. A 6’2” southpaw junior middleweight, Normatov never presses too hard to take away the judges’ chance to truly earn their paycheck. He totally outclassed Hernandez (13-6, 7 KO) in this fight, and dropped him early in the seventh, but he’d taught the Mexican veteran his lesson there and took it to the cards anyway.

Normatov has talent and trainer Andre Rozier insists he punches harder than the record says, which is starting to look more and more like the old “Ichiro could hit 50 homers if he wanted to” talk. He’s really not a bad fighter, but this is an off-TV guy until it’s time for him to cash in/out. Putting him on a broadcast is the equivalent to chucking a handful of melatonin at your viewers.

A 122-pound fight between Mississauga’s Galle and Toronto’s Barnett, and a spirited eight-round scrap, kinda flew by, partially with the two-minute rounds, partially because the fight had plenty of punches thrown. Neither showed much power, but both of them were there to throw down.

Galle (4-0, 0 KO) mostly had her way here, winning on shutout scores of 80-72 across the board. Barnett (4-3-2, 0 KO) had some moments in the sixth round and never gave up on it, but she was a bit outclassed. The 30-year-old Galle has been training in martial arts pretty much all her life, reportedly, but is early in her boxing career, having turned pro just 10 months ago. So far, so good.