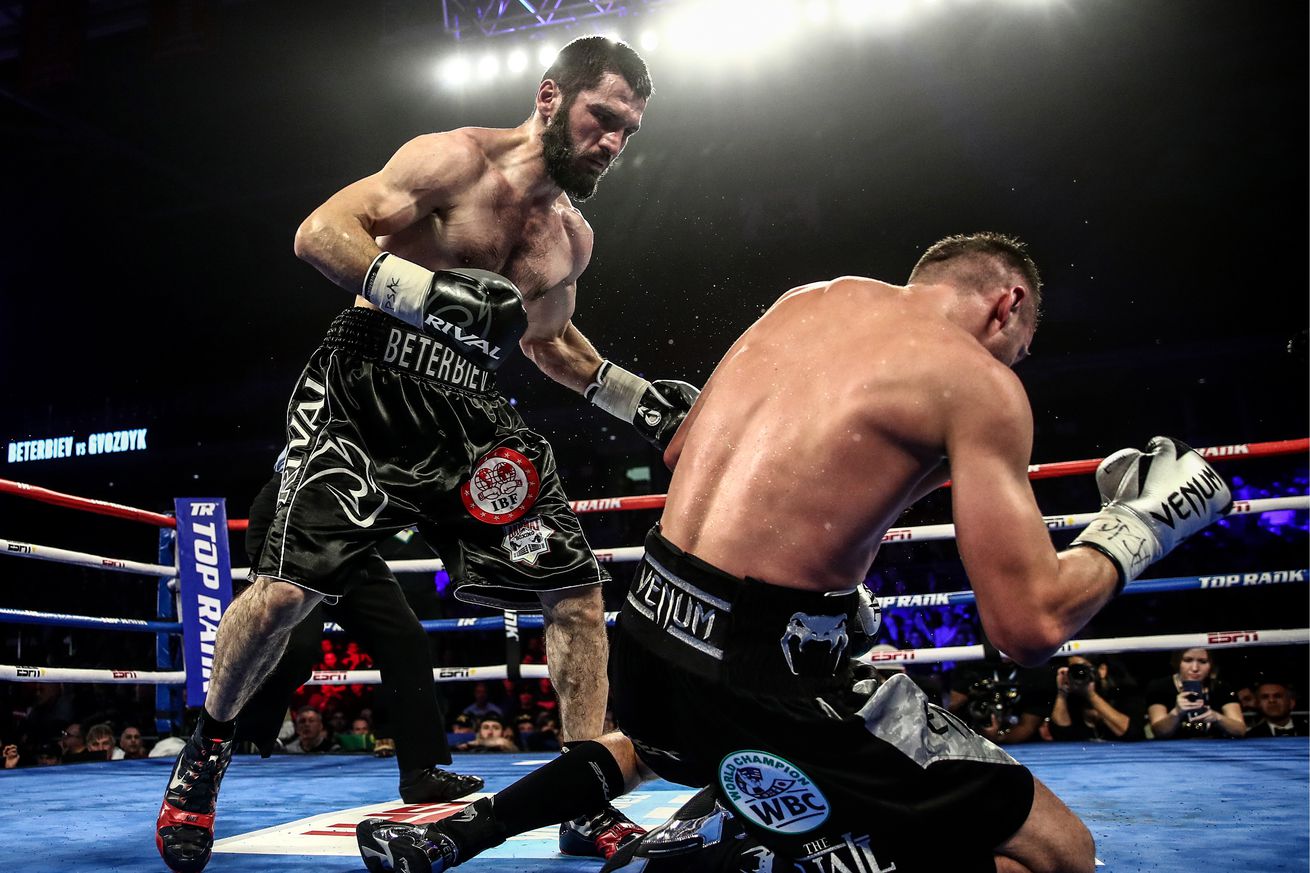 Oleksandr Gvozdyk put it all on the line this past weekend, and doesn’t deserve to be told he quit.

The human mind adapts rather well to trauma, in that we are built not to perseverate on bad news or horrid circumstance, especially if they happen to someone else.

Makes sense — if we were to fixate 24/7 on the fact that a beautiful being succumbed to brain trauma from damage he took during an Oct. 12 prize fight, we’d have a hard time being in the now, doing the things we need to do in order to make it through the day.

Sometimes, that facet of our personality can seem cold and cruel, as boxing fans, especially. How many times have you found yourself, a week after you hear about a Patrick Day, Maxim Dadashev, Hugo Santillan, or Boris Stanchov, seeking more aggression from a fighter, wanting an athlete to press for a conclusive finish ie seek to render their foe something less than fully conscious?

You plead guilty? I do.

With that in mind, I want to point out an element of the Friday night ESPN broadcast. I missed it the first time around, because I watched the Artur Beterbiev-Oleksandr Gvozdyk light heavyweight title unifiction battle in Philly and then hit the hay after the post-fight chat Bernardo Osuna did with the victor.

After Beterbiev had his hand raised and spoke of his future plans, ESPN host Max Kellerman told viewers the following: “I thought Gvozdyk was winning some of the early rounds. After six rounds, I had it three to three. Even as Beterbiev was giving the impression of an avalanche, I thought Gvozdyk was winning rounds. But like Andre Ward in his second fight with Kovalev, Beterbiev was winning the story of the fight. You could see it coming. ... Then eventually the avalanche came, and Gvozdyk quit in his corner, and Teddy (Atlas) knew he quit. Going into the 10th round, and tried to talk him out of it, but he was done.”

I saw someone on Sunday saying that on Twitter and I went, “Whuuuu?”

Quit? Really, did Max say that?

I went to the saved on DVR show and heard Kellerman’s take.

I take issue, heartily. Anyone should be careful about accusing someone of quitting, and that goes triple for someone with the platform and length of service to the sport as Kellerman. Frankly, he should know better, and I’d like to ask him if he’d be open to clarifying, perhaps taking it back, because Gvozdyk deserves better. He gave of himself, immensely — more than me or Max has, physically — in the name of competition and offering entertainment, and to opine that he quit in any way, shape, or form, is inappropriate.

Watch back the 10th round, when Gvozdyk was knocked down three times.

The first time, Beterbiev thudded the Ukrainian with rights. The 32-year-old Gvozdyk, now 17-1, got up, collected himself, looked tired, but tried to rally. Mauling brawler Beterbiev, a 34-year-old bulldozer of a homosapien, threw a left hook to the chin that buzzed him, and clubbing right, behind the head, not a legal blow, sent him to the mat. Ref Gary Rosato did a mandatory eight count, looked in Gvozdy’s eyes, Gvozdyk nodded to indicate he was OK to continue, and Rosato said, “One more chance and the fight’s over, OK?”

Gvozdyk did not quit, didn’t turn away, didn’t do what would have been totally appropriate and admit that on this night, the other guy was better. He chose the harder path, being in the ring, risking his wellbeing. He fought on. He looked to launch a counter right, sought to uncork a Hail Mary connect, but the bear-ish Beterbiev was not to be denied. His right hands, clubbing, draining, persistent, had Gvozdyk down again. His left knee touched the canvas and the ref said no more. Gvozdyk didn’t say words to remove himself from harm’s way, he didn’t quit.

Going back, looking at the ninth round, and the corner action before the 10th, the Russian Beterbiev was smashing the rival from Ukraine. His stamina was almost as impressive as his power. Gvozdyk looked fatigured. Atlas tried his A-game encouragement talk. “This is what being a champion is all about,” the Staten Island tutor told his fighter. “Right now! Listen! It will come back to you, if you tell it to come back to you. Concentrate, tell it to come back to you, make your body come back to you. You’re allowing yourself to drift, you’re allowing yourself to pull a little bit. You got nine minutes left, you hear me? Concentrate. Nine minutes, pull it together, you’re a champion, go in there and show that, c’mon, be smart!”

He was and is a champion, the “loss” doesn’t take that categorization from him, or it shouldn’t. And a Max Kellerman, especially one scant week after Patrick Day’s last fight — well, I’d have hoped that Max would have not been inclined to speak of a boxer quitting after seeing Gvozdyk try to defy the ugly reality that Beterbiev is the stronger athlete, and Gvozdyk’s style isn’t suited to better him.

NOTE: I messaged Max, to see if he wanted to clarify or back-track, and will insert a reply if one arrives.