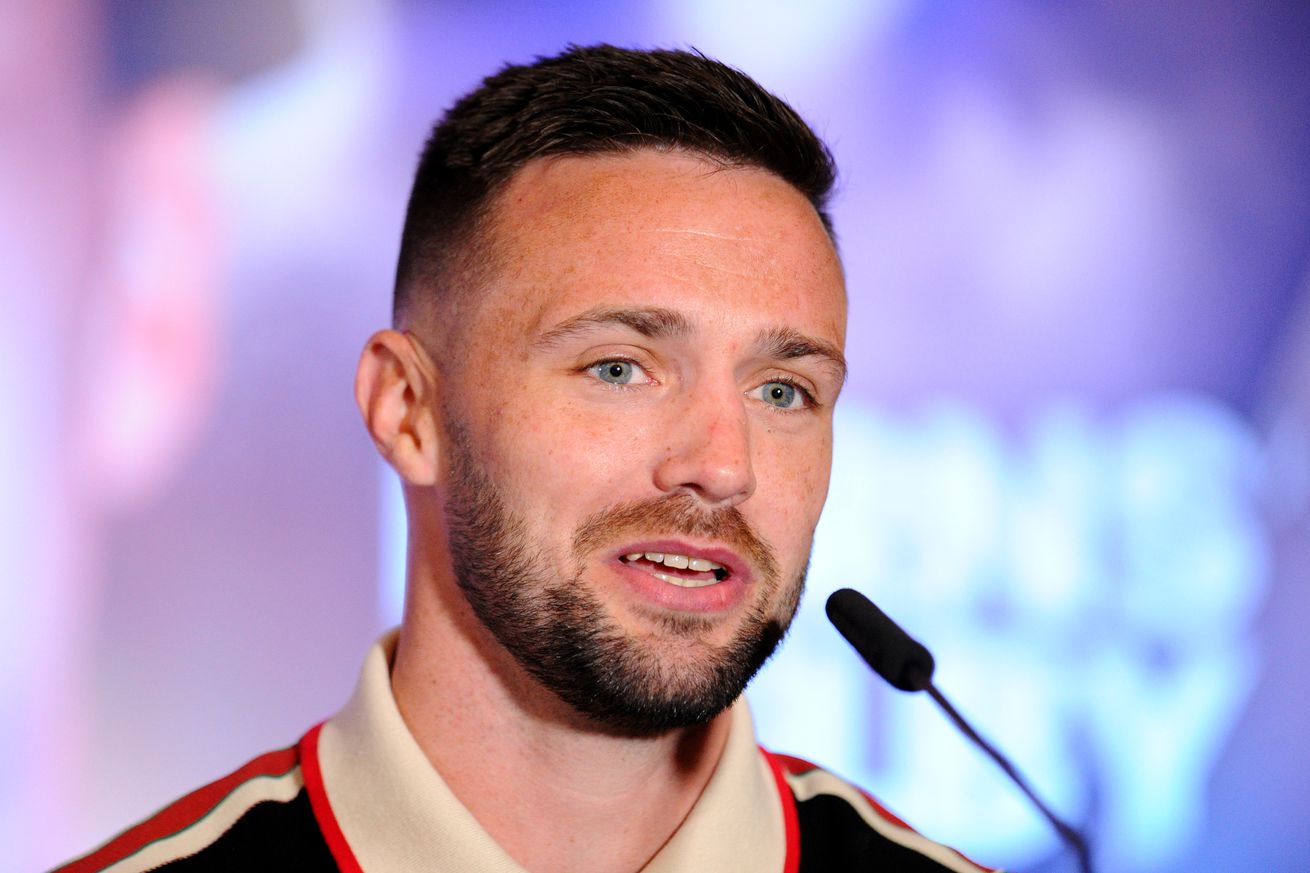 Taylor says he doesn’t see an aspect of the game where Prograis can best him.

With two undefeated junior welterweight titleholders ready to put it all on the line this weekend, Josh Taylor talks to RingTV about his upcoming fight with Regis Prograis and how he believes he has the edge in this fight.

Both fighters have been exuding extreme confidence heading into this highly anticpated bout — the WBSS final — and think that the winner will be moving on to become a legitimate star in the sport.

With Taylor reflecting on his perspective of the matchup with Prograis, he says he holds all of the advantages.

“I’m better all round,” said Taylor matter-of-factly. “I’ve had less (professional) fights than he has, but I’ve got more experience overall and I’ve faced better opposition. I’ve boxed at a higher level internationally in the amateurs and had tests as a professional. I just feel there’s no way he can beat me.

“I’m comfortable against other southpaws. You can get your jab off easier through the middle, you don’t need to find angles for the jab, but if you want to find angles, it’s easier because you’re in the same stance. It’s just much easier to get your shots off. I always feel good against the southpaw stance.”

Taylor and Prograis are expected to be in one of the very best fights of the year this Saturday, and considering their styles and attitudes, I’d be very surprised if this didn’t live up to expectations.