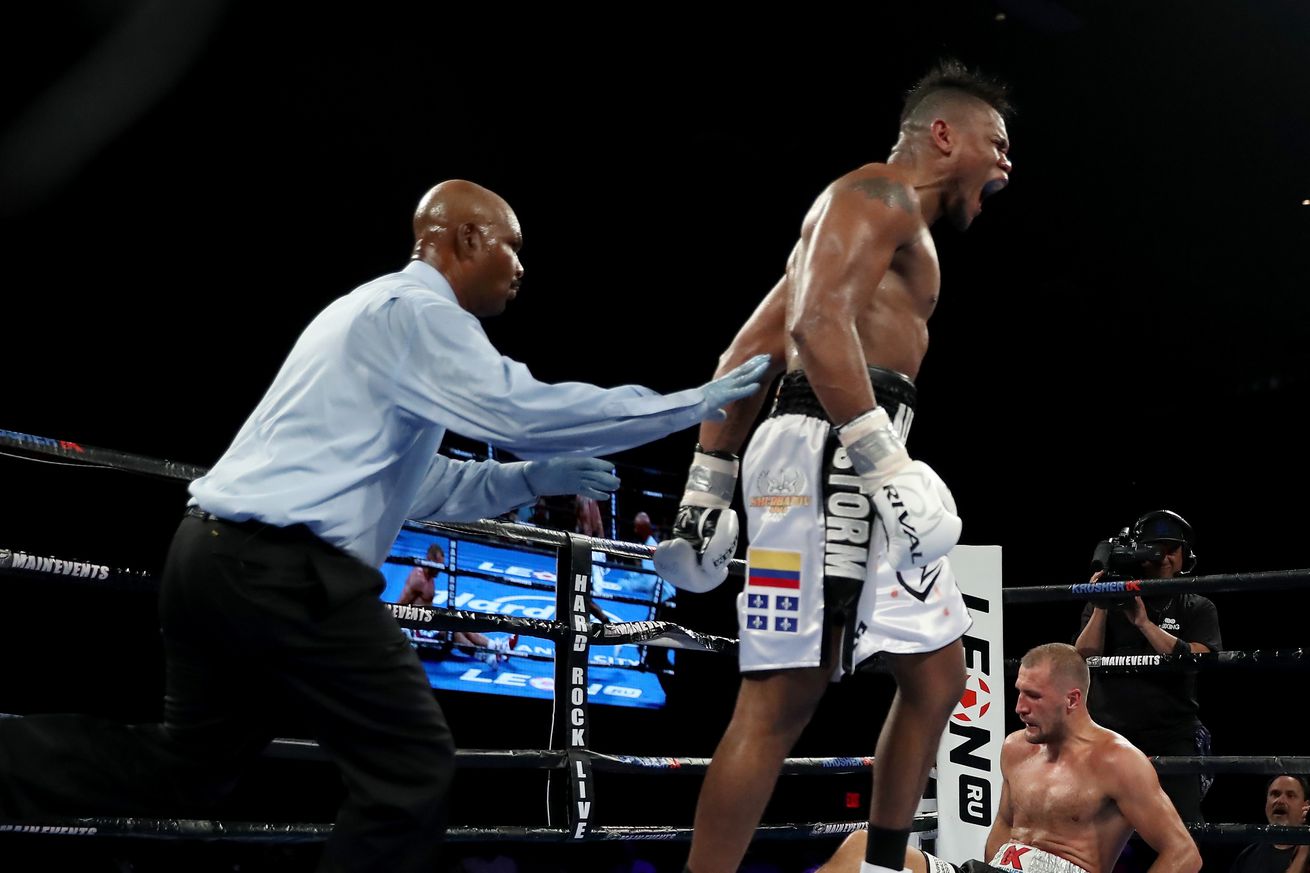 Former WBO light heavyweight champion Eleider Alvarez has his sights on rejoining the red-hot division early next year. Mike Coppinger reports that “Storm” is in “advanced talks” with Michael Seals for a January 18th clash.

Alvarez (24-1, 12 KO) authored a Ring Magazine Upset of the Year candidate two Augusts ago with a vicious knockout of Sergey Kovalev, triumphantly ending his years in limbo as Adonis Stephenson’s mandatory challenger. “The Krusher” exercised his rematch clause, boxing his way past the Montreal-based Colombian in February.

He’d intended to return on June 15th against Jesse Hart, only to tear a ligament in his foot a month out. Attempted fall returns against Gilberto Ramirez and the aforementioned Hart both fell through over timing concerns.

Seals (24-2, 18 KO), who hasn’t been in a significant fight since losing an absolute war with Edwin Rodriguez in 2015, was set to serve as Sullivan Barrera’s Top Rank debut before the Cuban veteran replaced Alvarez against Hart. He scored a knockout on last weekend’s Beterbiev-Gvozdyk card, his third in a row.

With Canelo Alvarez’s upcoming incursion and the rise of Beterbiev, it will be interesting to see whether the 35-year-old “Storm” can still find a place for himself among the light heavyweight elite.