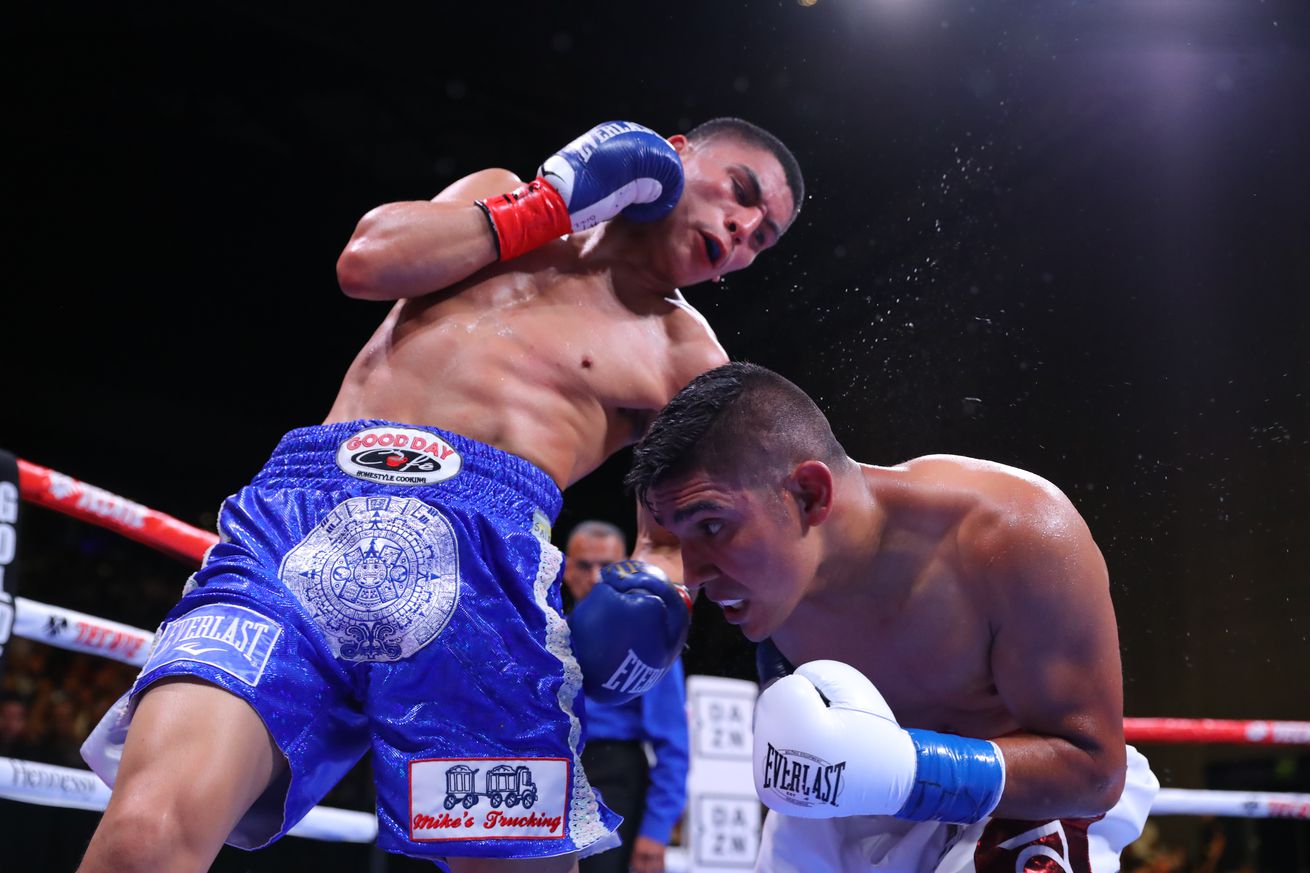 Ortiz most recently knocked out Antonio Orozco in August

ESPN reports that top welterweight prospect Vergil Ortiz Jr. will return to the ring on December 13th as part of an in-development Golden Boy card, marking his fourth appearance of 2019.

The date is presently free of competition; the forever-percolating Daniel Jacobs-Julio Cesar Chavez Jr. card, originally planned for the 13th, is currently targeted for the 20th.

The 21-year-old Ortiz (14-0, 14 KO) has enjoyed a breakout year. Four months after a gimme knockout of Jesus Barrayan in January, he became the first man to stop Mauricio Herrera, smashing the iron-tough veteran in three. This past August saw him put in another impressive performance against former title challenger Antonio Orozco, whom he stopped in six.

As far as potential opposition, he’s got options. In addition to his top 15 WBC ranking, the Orozco knockout earned him the WBA “gold” belt, whatever that’s worth. The latter probably won’t come into play until after Razhab Butaev and Alexander Besputin fight it out for the “regular” belt, if at all, but hopefully they can find someone higher-ranked than Orozco to keep the rise steady.