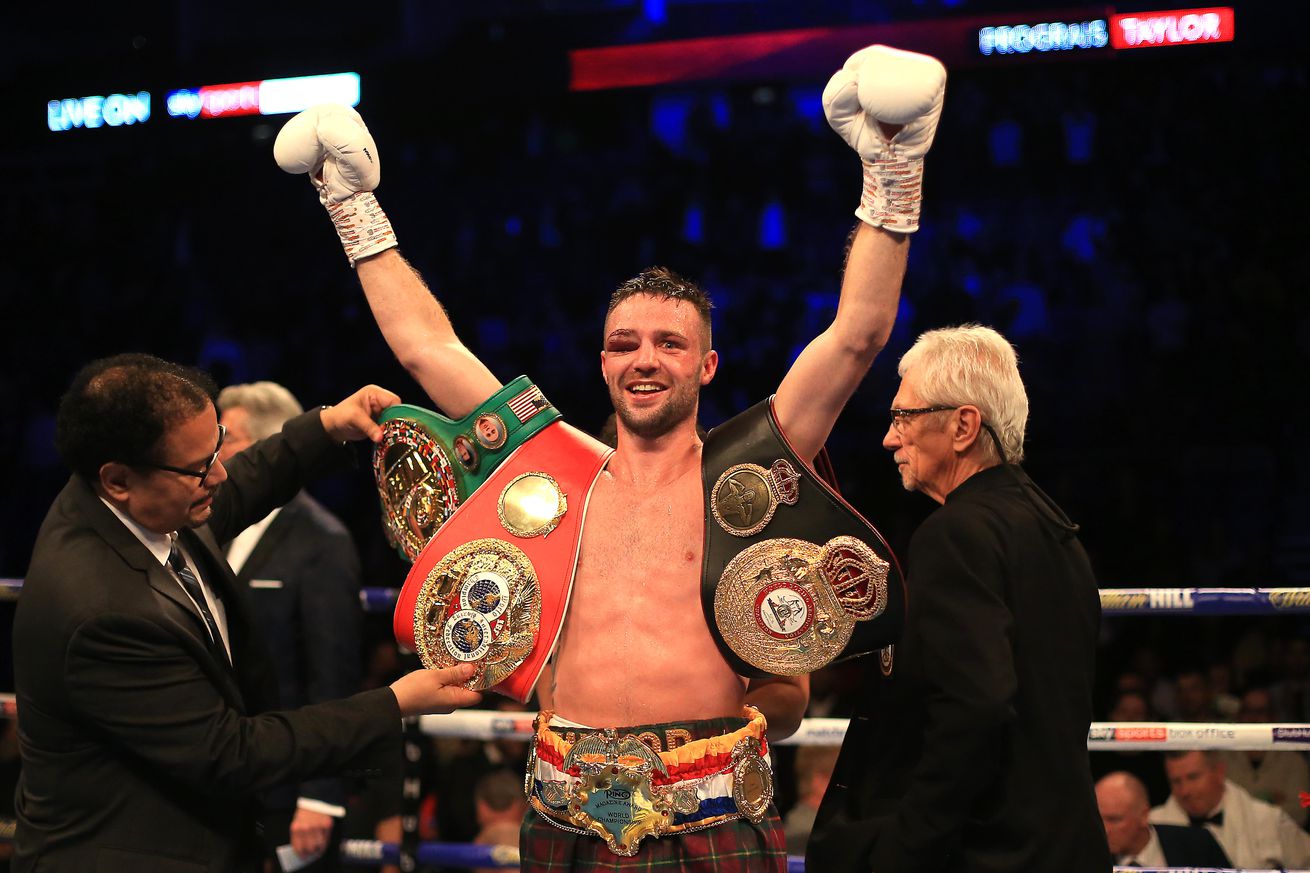 Another promoter fails to make good after winning a purse bid.

What a difference a week makes. Last week word broke that Top Rank had lost the promotional rights to newly signed Josh Taylor’s ordered IBF title defense against Apinun Khongsong to Sampson Boxing, who won the purse bid by pledging $1.32M for the bout. That was obviously not what Top Rank had in mind when they coughed up the money to sign Taylor, but they now find themselves back in the driver’s seat as Sampson Boxing has defaulted on the purse bid.

Sampson Lewkowicz of Sampson Boxing put up 10% of his winning bid ($132,000) at auction and had until midnight on Friday to provide a second payment of $132,000, which he either wasn’t able or willing to do. So with Sampson defaulting on their winning bid, the rights of the fight go to the second highest bidder, Top Rank, who bid $1.26M to stage the fight.

“We are not at all surprised that he defaulted,” Top Rank vice president Carl Moretti told ESPN. “We are more surprised that he bid a ridiculous amount of money, considering the worth of the opponent. He didn’t have a broadcast partner or place to put the fight. He went in totally without either, and now he’s out $132,000. We always felt when we lost the bid we would end up doing this fight.”

Sampson, despite losing his deposit, remains upbeat and says this is just the nature of the business and sometimes it’s the way things go.

“You win some, lose some,” Lewkowicz told ESPN. “I had a deal made, and it fell out, and I will never cry. I will not cry today like a baby when I lost yesterday like a man. I learn in life that sometimes you lose, sometimes you gain. It’s not the end of the world. I wish (Top Rank) good luck. I am ready to help however I can to make it a very successful fight. It’s a great fight and very competitive.”

With Top Rank now in control the company says it will consider pairing Taylor-Khongsong with Jose Ramirez vs Viktor Postol (which is in the process of being rescheduled), but says the fight is still most likely to headline its own card in the U.K.