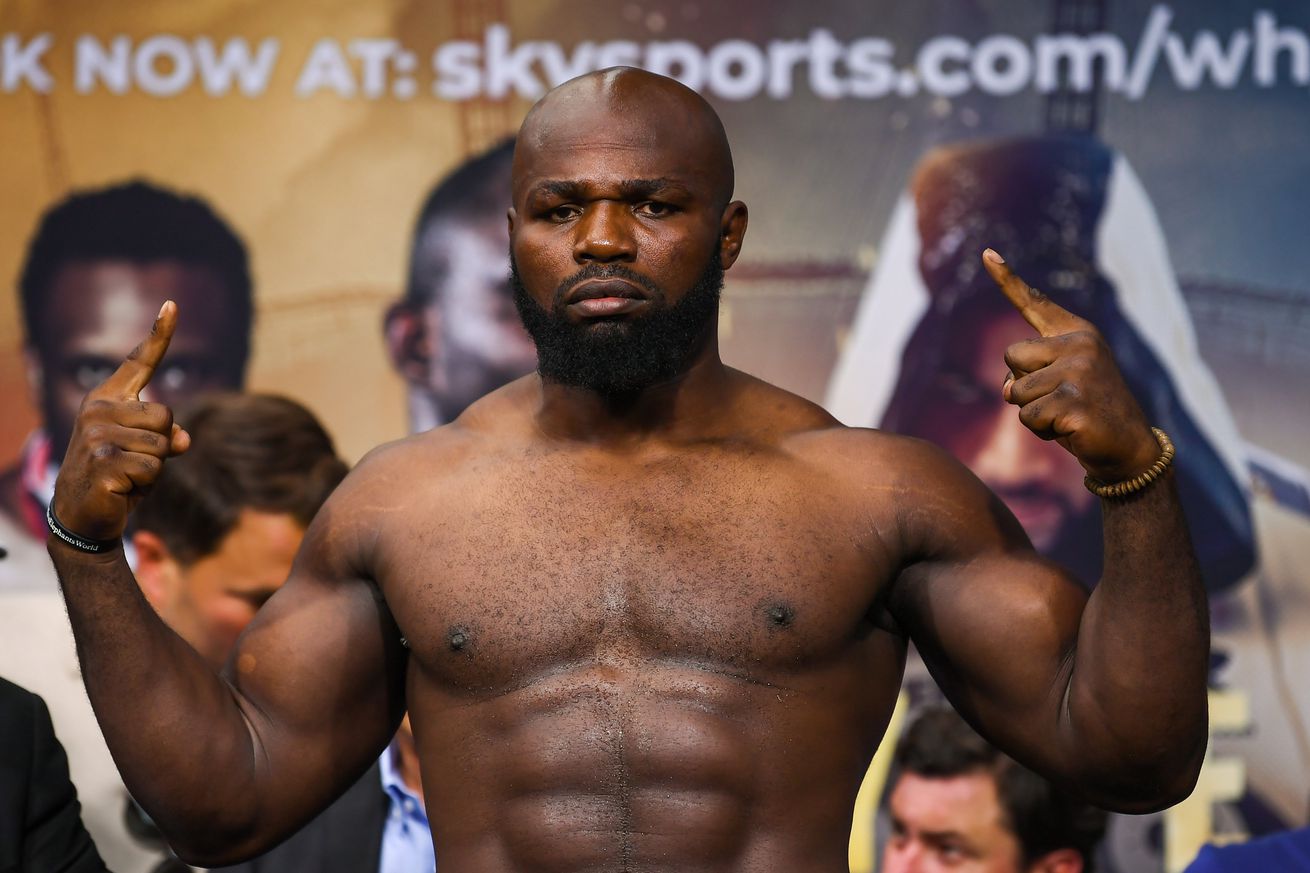 Takam already had a date, and now he has an opponent.

It’s official. We’ve known for a few weeks now that former heavyweight contender Carlos Takam (37-5-1, 28 KOs) was due to appear on a Feb. 28 card in Huntington, NY, promoted by Star Boxing, and now his opponent has been named. Takam will be taking on 39-year-old Fabio Maldonado (26-3, 25 KOs) from Brazil in a scheduled 10-rounder.

Takam, also 39, has won two straight fights over Senad Gashi and Craig Lewis since losing two consecutive stoppage losses to Anthony Joshua and Dereck Chisora between 2017-18. Obviously Takam is long in the tooth at this point but he’s proven to be a pretty tough guy if nothing else. The fighter from Cameroon had been looking towards a fight with Jarrell Miller, but that didn’t come through as Miller’s co-promotional deal with Top Rank took a little too long to finalize.

Maldonado is currently coming off three straight losses, most recently getting stopped by Michael Hunter in only two rounds last May.