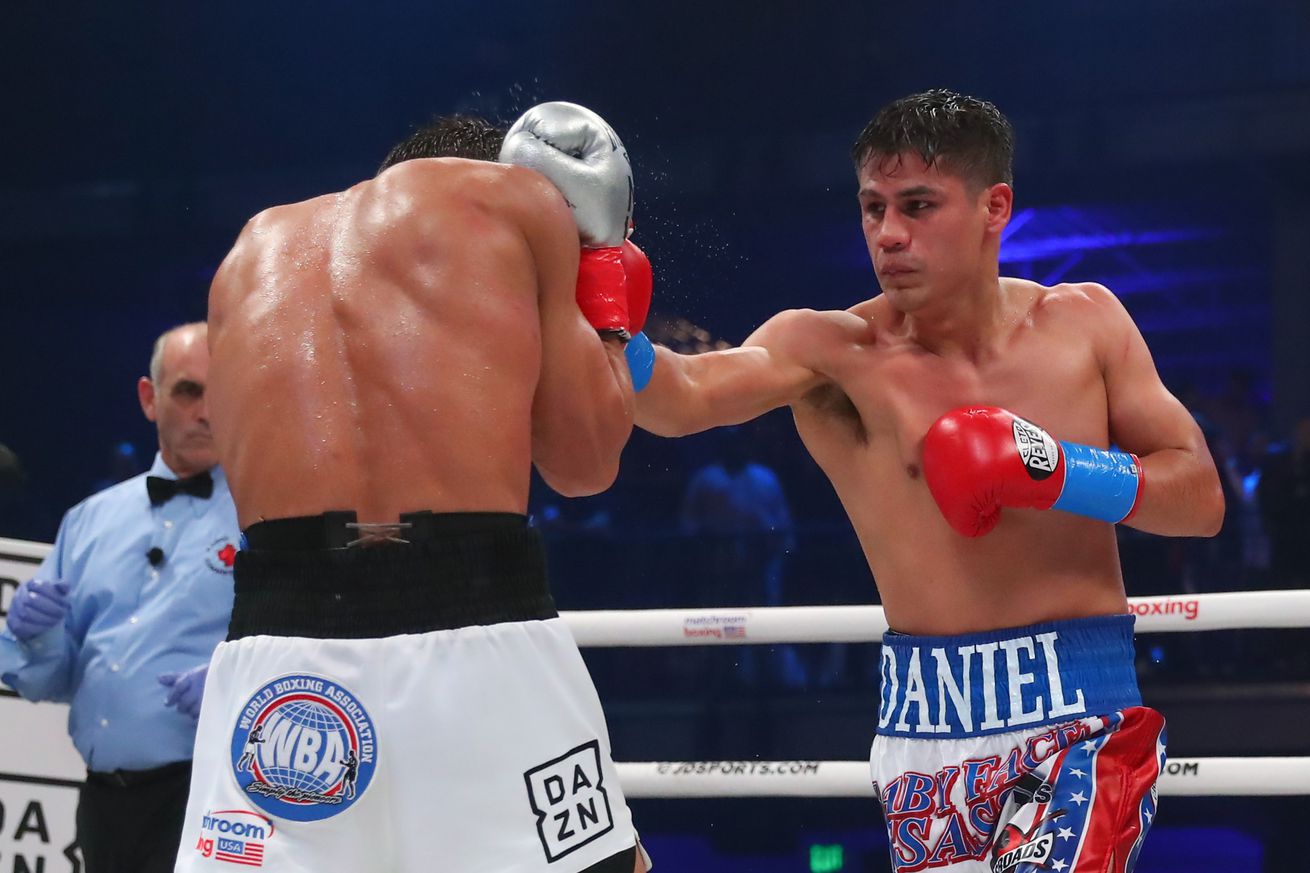 The former titleholder wants to go right back after the belts he lost on Jan. 30.

Former WBA and IBF junior featherweight titleholder Daniel Roman dropped his two titles to Murodjon Akhmadaliev in a close fight on Jan. 30 in Miami, and now the ex-titlist is seeking an immediate rematch with the man who defeated him a week ago.

Roman (27-3-1, 10 KO) lost a split decision to Akhmadaliev (8-0, 6 KO), and while it wasn’t a split decision that came with any great controversy, it was a competitive and entertaining fight, and one wouldn’t expect much fan backlash to the idea of a rematch. They both remain top fighters at 122 pounds, and any time we can get actual competitive matchups, it’s probably best not to balk at the idea.

“It was a close fight and I take my hat off to Akhmadaliev for being a true warrior,” said Roman. “I want a rematch because I think I won the fight. I believe I deserve to get that opportunity because I left it all in the ring. I know Akhmadaliev has the heart of a champion, and I believe he’ll want a to face me once more to settle the score between us.”

Akhmadaliev, 25, tied Leon Spinks’ record by becoming a unified titleholder within his first eight fights, a record that had stood alone since Spinks’ famous 1978 upset of Muhammad Ali. Spinks wound up stripped of one of the titles before he fought again, as he chose to rematch Ali instead of facing the WBC’s No. 1 contender, Ken Norton.

Akhmadaliev probably isn’t looking to give up a belt, and he doesn’t appear in any immediate danger of that no matter what comes next. He was the WBA’s mandatory challenger, so he doesn’t have an order there right now (Azat Hovhannisyan is the No. 1-ranked contender), and the IBF doesn’t have a No. 1 or No. 2 challenger at the moment.

Roman also doesn’t have a rematch clause, so he’s requesting the rematch, not exercising anything contractual. His team, of course, agree that he deserves the chance.

“Daniel Roman is the embodiment of how a prize fighter should carry themselves inside and outside of the ring,” said manager and trainer Eddie Gonzalez. “The fight was a split decision and if anyone deserves another shot, it’s Daniel.”

“We are in the process of requesting the rematch and we hope that the WBA and IBF realize that Danny is a credit to the sport of boxing,” said Alex Camponovo of Thompson Boxing, one of Roman’s promoters. “The fight was razor close and I personally think Danny edged it out; now we need to wait and trust that Daniel Roman will be granted the rematch he is seeking and deserves.”

“It’s moments like these where a true champion shows his heart by working his way back to the top,” Roman added. “There is no doubt in my mind that I’ll once again be a world champion when that opportunity presents itself. My promoters and management team are the best, I know they will get it done. I’m going to do everything in my power to get my world titles back.”