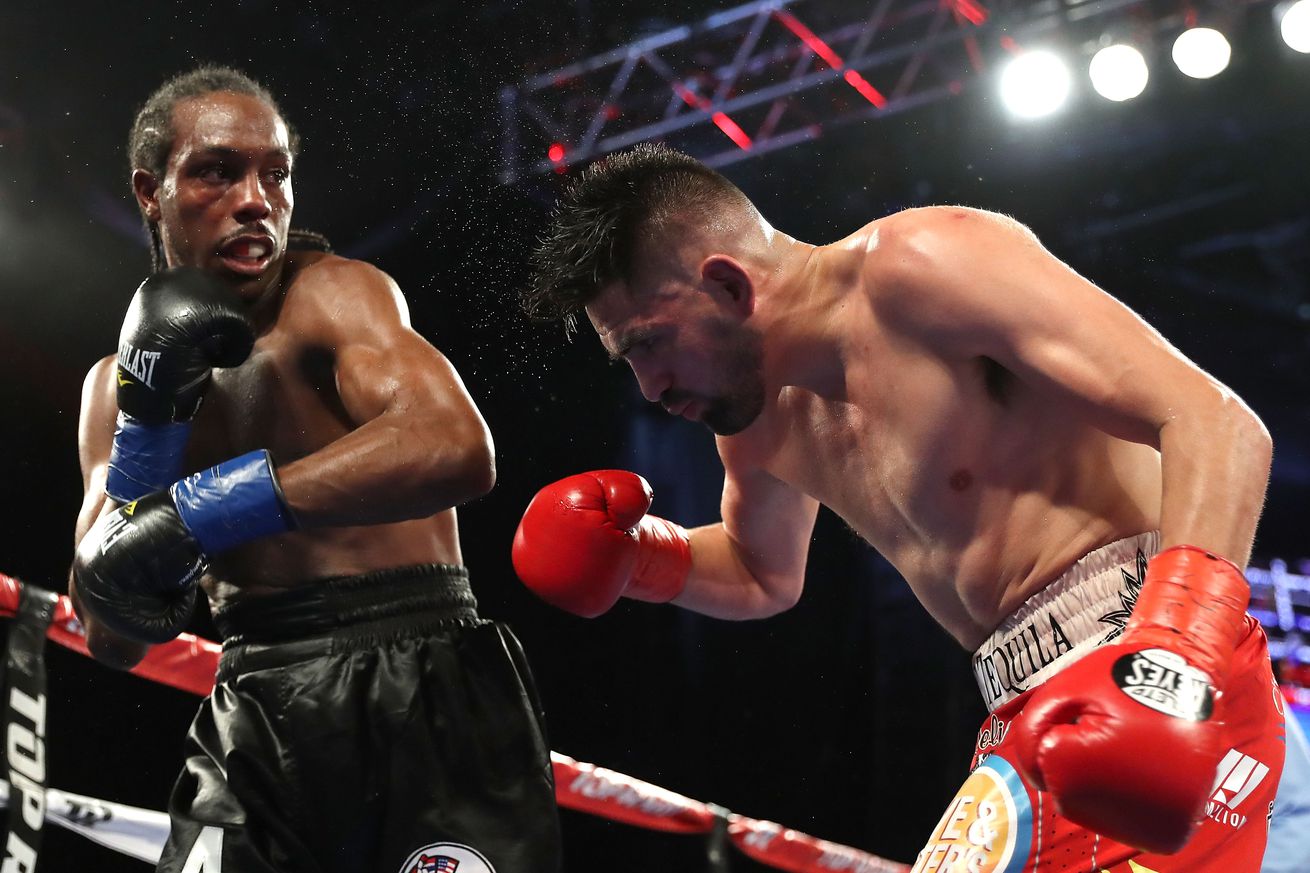 Top Rank has revealed the full undercard for its November 9th ESPN+ show in Fresno, which is headlined by Jamel Herring’s mandatory super featherweight title defense against Lamont Roach Jr. Alongside the previously announced co-feature between Kubrat Pulev and Rydell Booker, the broadcast includes several Olympians, some unbeaten prospects, and the Top Rank debut of recently signed Amir Imam.

I understand being gunshy after what happened to Yamaguchi, but Boxrec #22 vs. #493 isn’t a good look.

19-year-old Stockton wunderkind Gabriel Flores Jr. (15-0, 6 KO) makes his fifth appearance of 2019 against Aelio Mesquita (19-4, 17 KO), who’s thus far made a career out of being stomped by prospects. Imam (21-2, 18 KO), appearing for the first time since a loss to Jose Ramirez in March of last year, gets a get-well opponent in Marcos Mojica (16-4-2, 12 KOs), who’s been knocked out by Olympians Daniyar Yeleussinov and Gary Antuanne Russell in his last two.

Not that anyone will see any of this, what with KSI and Logan Paul fighting on DAZN that evening.