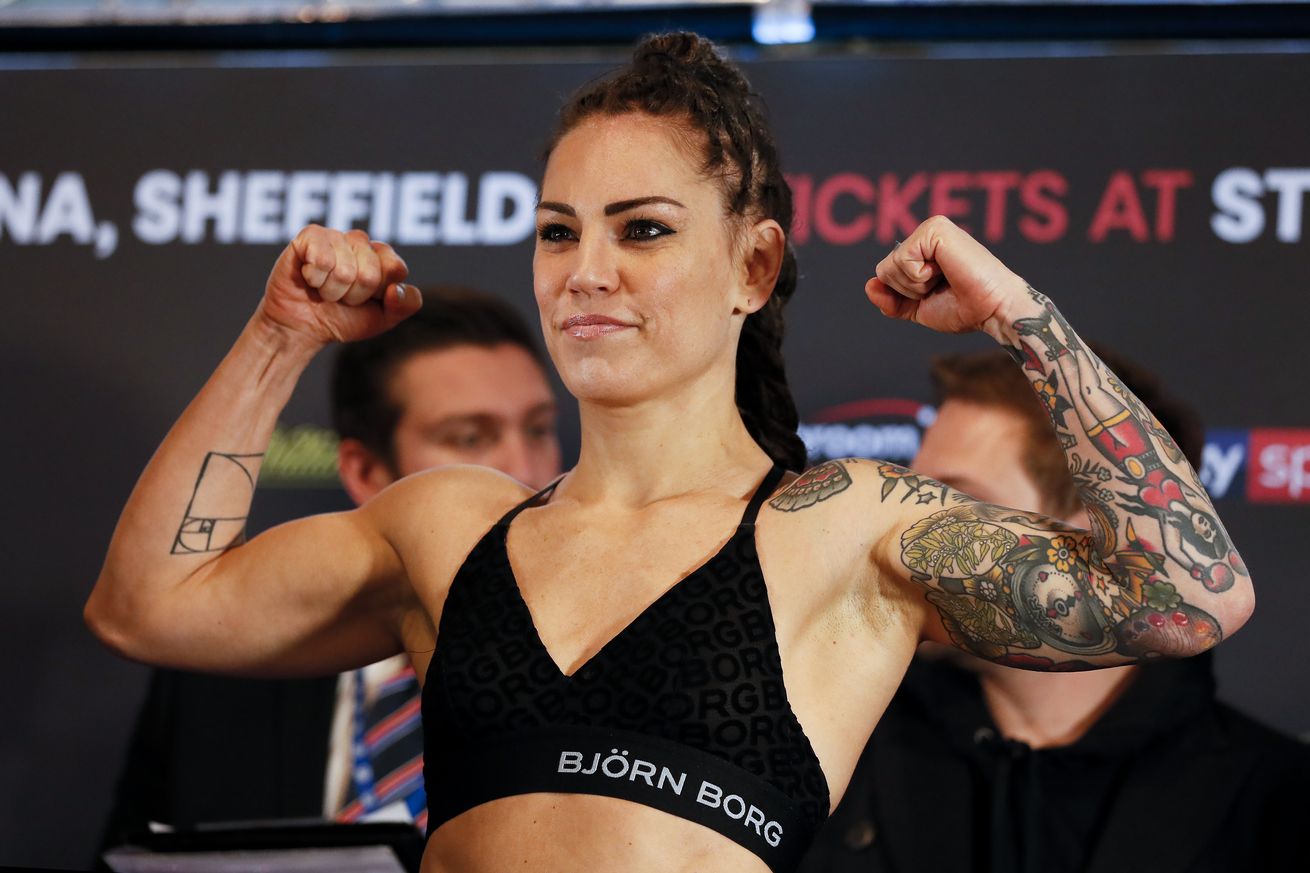 The veteran is confident she’ll be able to figure out her younger challenger on Saturday.

WBC junior lightweight titleholder Eva Wahlstrom feels her experience will be a major key to victory on Saturday, as she’s set to defend her title against rising contender Terri Harper.

The 39-year-old Wahlstrom (23-1-2, 3 KO) went to a draw in her last title defense in August, going 10 even rounds with Ronica Jeffrey, and that followed a loss at lightweight to Katie Taylor in Dec. 2018.

And while the Finnish veteran is the betting underdog against the 23-year-old Harper (9-0, 5 KO), she says that’s just motivation.

“Betting agencies have set odds for Harper as a clear favorite, and that’s definitely something which has given me extra motivation in the build-up,” said Wahlstrom. “Being seen as an underdog is that kind of stimuli which one needs in order to really get up for a challenge after already engaging in several title defenses.”

Wahlstrom has also expressed her respect for Harper, but says she feels the younger woman just has too basic of a style at this point in her career, and that she expects her ability to adapt will give her the advantage.

“I see Harper as a young and hungry challenger who is smart and technical but also somewhat inexperienced. She is also so schoolbook-correct in her style that she should be rather easy to read in the ring. I believe that I have an edge in ability to adapt and change tactics mid-fight.”

Wahlstrom-Harper is part of Saturday’s Brook-DeLuca card from Sheffield, England, which will stream live on DAZN. Bad Left Hook will have live coverage beginning at 2:00 pm ET.