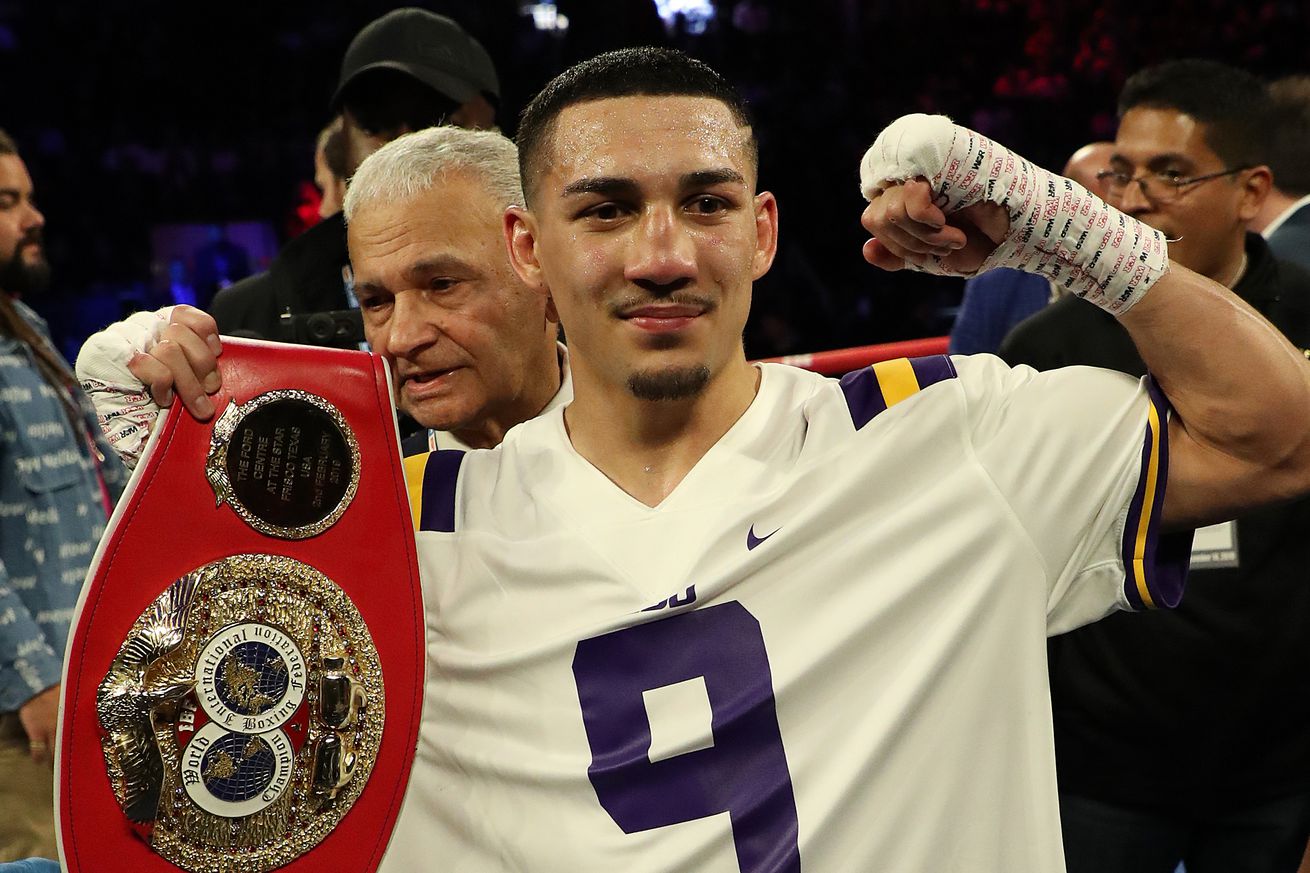 It’s not official, but it’s worth noting.

A lightweight unification bout between WBA/WBO titleholder Vasiliy Lomachenko and IBF titleholder Teofimo Lopez has been expected since Lopez’ title win over Richard Commey on Dec. 14, and now the 22-year-old Brooklyn native is suggesting some details.

Nothing is officially announced yet, but Lopez (15-0, 12 KO) took to his Twitter account last night to throw up suggestions that the fight will happen on May 30 in New York, on ESPN+ pay-per-view.

Start spreadin’ the news, I’m leaving today, I want to be a part of it..

After Lopez’ second round wipeout of Commey, Lomachenko (14-1, 10 KO) joined him in the ring for photos and whatnot, and also did a post-fight interview about Lopez. It was all relatively friendly and good-natured, but last April Lomachenko did an interview where he clearly wasn’t particularly amused by all the times Lopez had called him out.

There was some early balking, it was reported, from Lomachenko manager Egis Klimas about taking Lomachenko-Lopez to New York, after Klimas felt Vladimir Nikitin received no respect from the judges on that Dec. 14 card, losing to Michael Conlan by wide decision.

But New York is the clear best home for the fight, too. Lomachenko has fought at Madison Square Garden or the Hulu Theater on four occasions, and the venues have been home base for Lopez in six of his 15 pro fights.

As for the pay-per-view, obviously some people aren’t going to like that, because nobody really loves shelling out extra money for any fight. And while this is no mega-blockbuster in terms of its mainstream appeal, it is a great fight that should sell plenty well enough with the diehard audience — while hooking at least a few casuals — that it’s not a fight they’d be putting on PPV as a result of having no other options. It should make everyone money. And as far as general interest goes, Lomachenko really does seem to have one of the higher profiles in the sport, at least as far as I can tell.