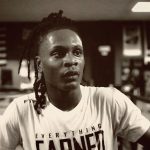 Rajon Chance remembers the moment when he decided he’d already had his final amateur bout. His dream had been to compete at the Olympics, just like his gym mate Shakur Stevenson, who came from the same county in North Jersey, and brought back a silver medal from the Rio Games. He turned to his father, Roger Chance, who also trains him, and said it was time to turn pro.

“As an amateur it was fun, it was a nice little run,” said Chance, 19, of East Orange, N.J. “But USA Boxing at the time, I felt had their favorites.”

His father, who is also one of New Jersey amateur boxing’s top officials, understood his frustrations.

Chance had won a slew of national titles in the Junior Olympic ranks, and made it to last year’s National Golden Gloves finals at 123 pounds, losing a majority decision to Asa Stevens. That would be his last national tournament, and he decided to pass on the Olympic trials.

Now Chance turns his attention to the pro ranks, beginning this Saturday, when he faces Joseph Quintana (0-2) of Colorado in a four round junior featherweight fight at the PPL Center in Allentown, Pa. The fight will be on the untelevised portion of the card headlined by WBC featherweight titleholder Gary Russell Jr.’s defense against mandatory challenger Tugstsogt Nyambayar.

It’s the latest evolution of the dream which began when Rajon was nine, when he walked around the gym his father trained fighters at, hit the bag a few times and decided he wanted in. After two fights, Roger says it was tough to find matchups in-state, so he’d have to bring his then 11-year-old son as far away as Virginia for a single amateur bout.

“As we go into these places and people get to know Rajon, people don’t want to fight,” said Roger.

Rajon, the oldest of three boys, had a relatively tranquil upbringing in East Orange, a town best known for producing rappers Naughty by Nature and Queen Latifah, among others. It was all a matter of mindsets there; if you wanted trouble, it wasn’t hard to find. But Rajon didn’t need it, and says he lives in a nice neighborhood, “somewhere people wouldn’t think we live,” thanks to the hard work of his father, plus his mother, who works as a nurse.

He stayed in the gym, and so did his younger brothers, Jahlyte, who is 16, and Emmanuel, 13, both of whom have also won multiple national titles in the Junior Olympic ranks.

As a youth Rajon split his interests with football, playing safety and cornerback on defense, and running back and quarterback on the other side of the ball. That was until sophomore year of high school, when he saw the potential for hurting his boxing career on the field.

“I was like ‘Oh no, I’m not doing this anymore. Imagine these 200 pound guys hitting my ankles, I’m done for, I can’t box no more,’” said Rajon. Rajon Chance (fourth from left) with the rest of the 2019 New Jersey Golden Gloves team. Photo by Ryan Songalia

Rajon came of age at the Elite Boxing Club in Newark, N.J., which merged in 2010 with the Heat Boxing Club, owned by Vito Mielnicki Sr., and was renamed Elite Heat. There Rajon trained alongside Stevenson, and the younger Mielnicki Jr., who is now 4-0 (3 KOs) as a pro.

“‘Weezy’ is a helluva fighter,” said Stevenson, of Chance, in a text massage. “He’s come up behind me and he learned a lot. Now it’s time for him to write his own story.

“He’s very young and got all the time in the world. When the time is right, he’ll become world champion.”

Rajon describes his boxing style as “’very patient,” and lists his speed and intelligence as his best assets. His father says he’s a “pure boxer,” but can “get down to the grit if the need be.”

Rajon will be turning pro on a Premier Boxing Champions card, and says he expects to sign with Al Haymon soon enough. He says he’s in no rush to get to a big fight, and is willing to take it slow as he works on his craft.

“How I look at it is, play the business smart because you want to have a long career. We’re gonna move patiently, building my power, my speed, my mindset, that’s all a part of it. I’m not trying to move too fast,” said Rajon.

He’s had his pro debut pushed back several times, which has only built anticipation.

“I’ve been talking about this day for a long time, and it’s here now. All I can say is, I’m ready. There’s no ands, ifs or buts. And the most important part is that I’m hungry,” said Rajon Chance.

The post NJ prospect Rajon Chance will take his ‘chance’ in the pro ranks appeared first on The Ring.