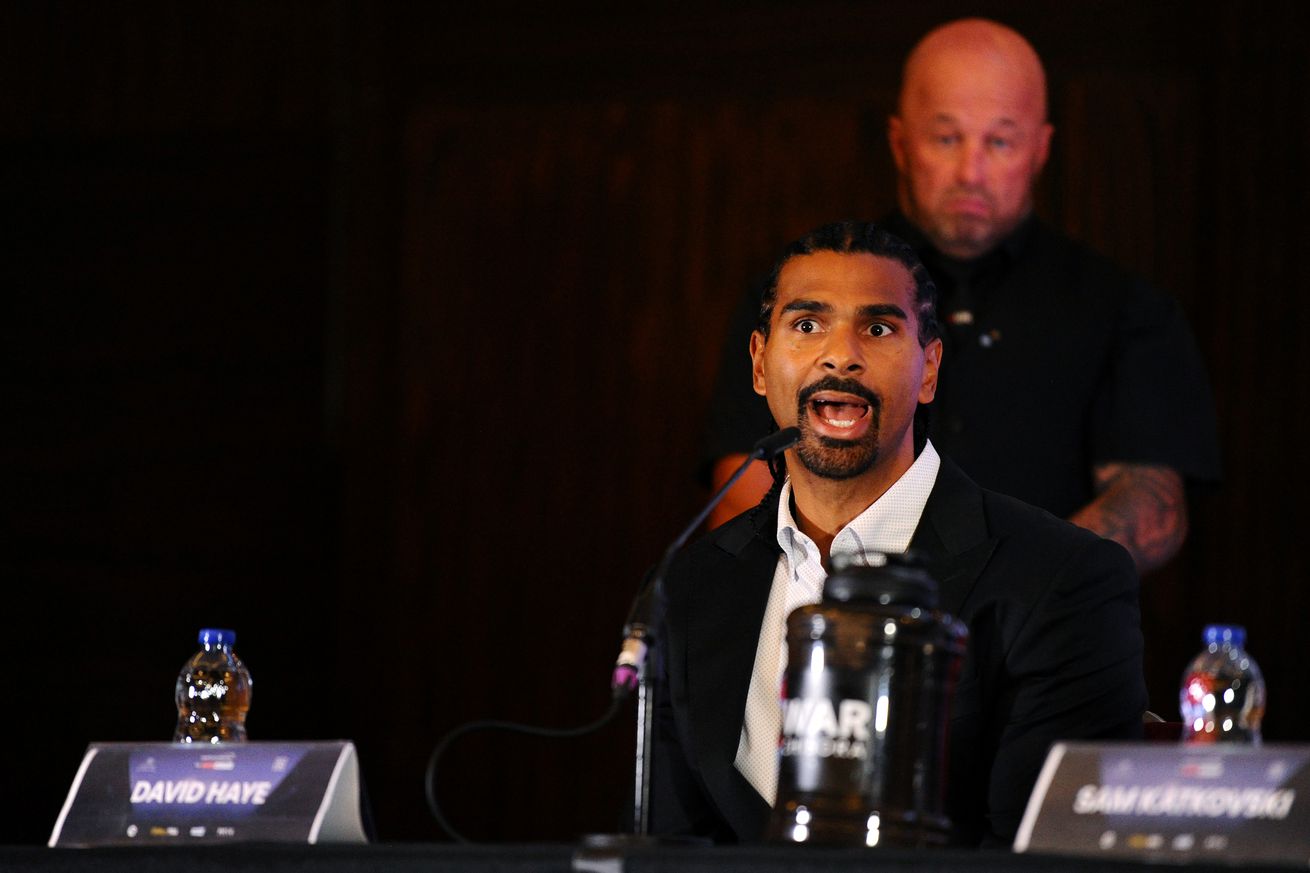 Haye recalls his sparring days with Wilder and feeling the difference.

As WBC heavyweight champion Deontay Wilder prepares for his upcoming rematch with Tyson Fury, David Haye talks a bit about his own experience facing off with Wilder as a sparring partner and being on the receiving end of his power punches.

In particular Haye mentions that a lot of people question Wilder’s chin, but he actually rates it pretty well because he noticed that when he tagged Wilder with good shots it wouldn’t make Wilder gun shy like it does with most others. He also says Wilder has demonstrated a great ability to recover which always had him thinking that once Wilder sorted his technique out that he would amount to something special.

Well, after 41 knockout wins there’s really no question that Wilder can indeed crack, and that’s led to some dicussion as to where Wilder rates among some of the all-time great punches. If you ask Haye himself, he doesn’t have much question that Wilder is the biggest heavyweight puncher of all time.

“I truly believe Deontay Wilder is the hardest punching heavyweight ever,” stated the ‘Hayemaker’. “It sounds like an exaggeration. I got hit by Wilder in sparring, and I’ve been hit by Wladimir Klitschko on the chin with ten-ounce gloves. But there was more effect from being hit by Wilder on the top of the head with eighteen-ounce gloves, with me wearing a head guard and it wasn’t even clean it was glancing. I felt that more. I remember after sparring thinking, ‘this guy is going to do something’. He was wild and all over the place, but the power (was there).”

So as we enter this rematch with Fury I don’t think that there’s any doubt that Wilder packs enough of a punch to put Fury away for good, but the real question seems to be whether or not he has the boxing ability to land that power on Fury. Wilder says he’ll enter this fight with a more patient approach, but we’ll have to see if that has him fare any better this time around.