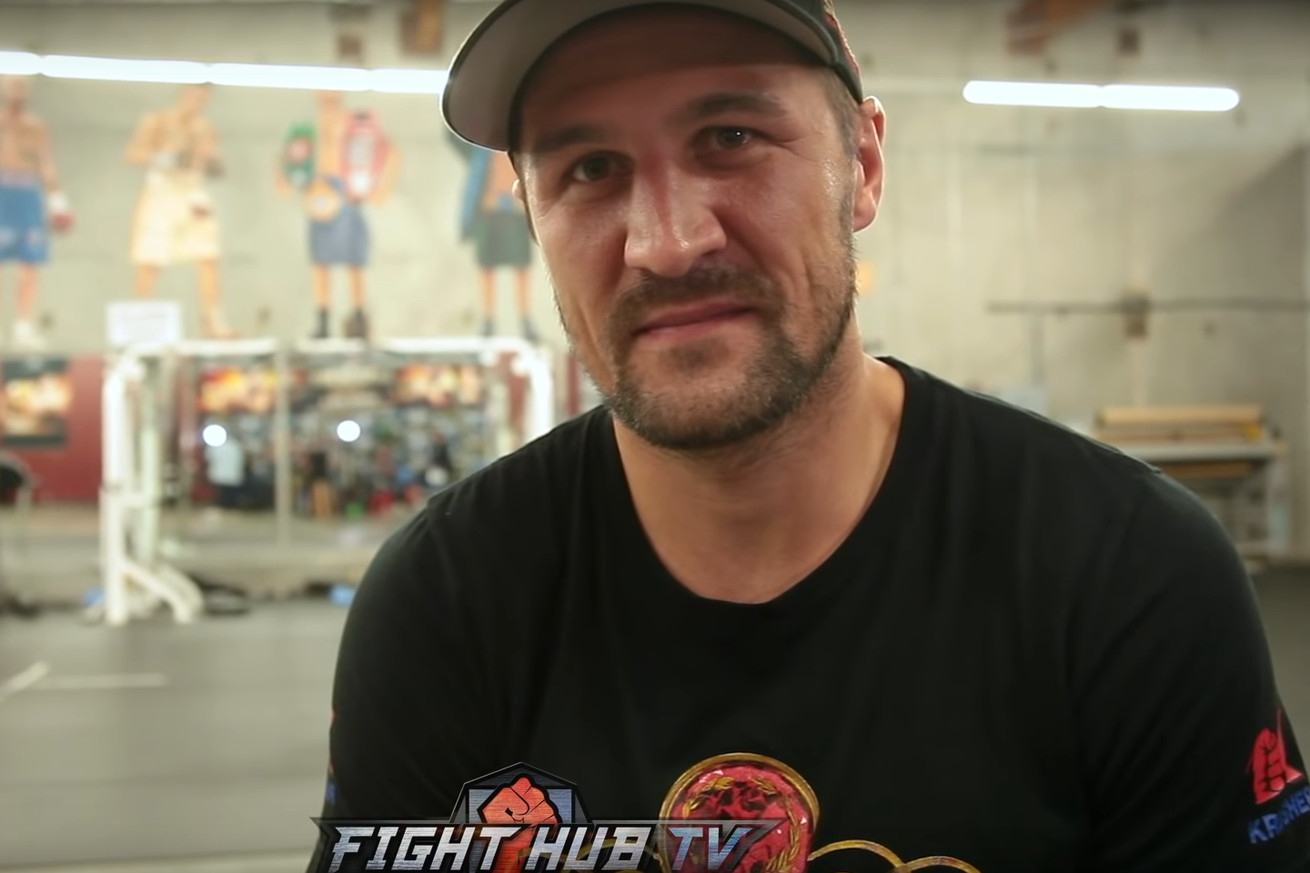 Kovalev will defend his light heavyweight title against Canelo on Nov. 2.

As light heavyweight titleholder Sergey Kovalev prepares himself to defend his strap against Canelo Alvarez on November 2nd, Kovalev fields some questions from Fight Hub TV about his expectations for the fight. Check it out...

Kovalev on his initial thoughts when he learned Canelo wanted to fight him:

“Uh, you know, I don’t feel that, I don’t think that Canela will win me because right now I do my workouts to get a victory over him. I’m very motivated. I saw right now, last Friday, I saw a fight between Beterbiev and Gvozdyk and this is very big motivation for me, to face with Beterbiev. I never fought him in professional boxing but I already want. And right now this is motivation to get victory over Canela, November 2nd.”

On how he feels taking this fight on a quick turnaround and if he has any ailments still lingering from his last fight:

“Right now I’m feeling good, you know. I like when between fights is short rest because my body don’t lose shape from previous fight and just like I need a little fixing my training camp for coming up fight and everything good. Like four weeks of sparring sessions and left only like one week, a little more, like 9 days. It’s good. I’m happy.”

On if he or Canelo has more to gain from winning this fight:

“I don’t think about who will win, you know, just like thinking about wanting that I should win the fight. Just like defense my title but I not thinking about like who will win. Everything the ring will show to us November 2nd, who is stronger.”

On what he thinks makes Canelo the most dangerous:

“The most dangerous is like his left uppercut and right hook and also like has a very good defense, move defense, his head defense, like it’s very hard to touch him, like get this target. But November 2nd will show to us what can I bring and what can I show to the boxing fans...”

On how he thinks the fight will play out:

“It will be not easy walk. It will be like a hard fight, hard, and he’s a top guy. Because right now he not losing the weight, he will be stronger than usually and we will see November 2nd, you know? I cannot [make] any predictions.”