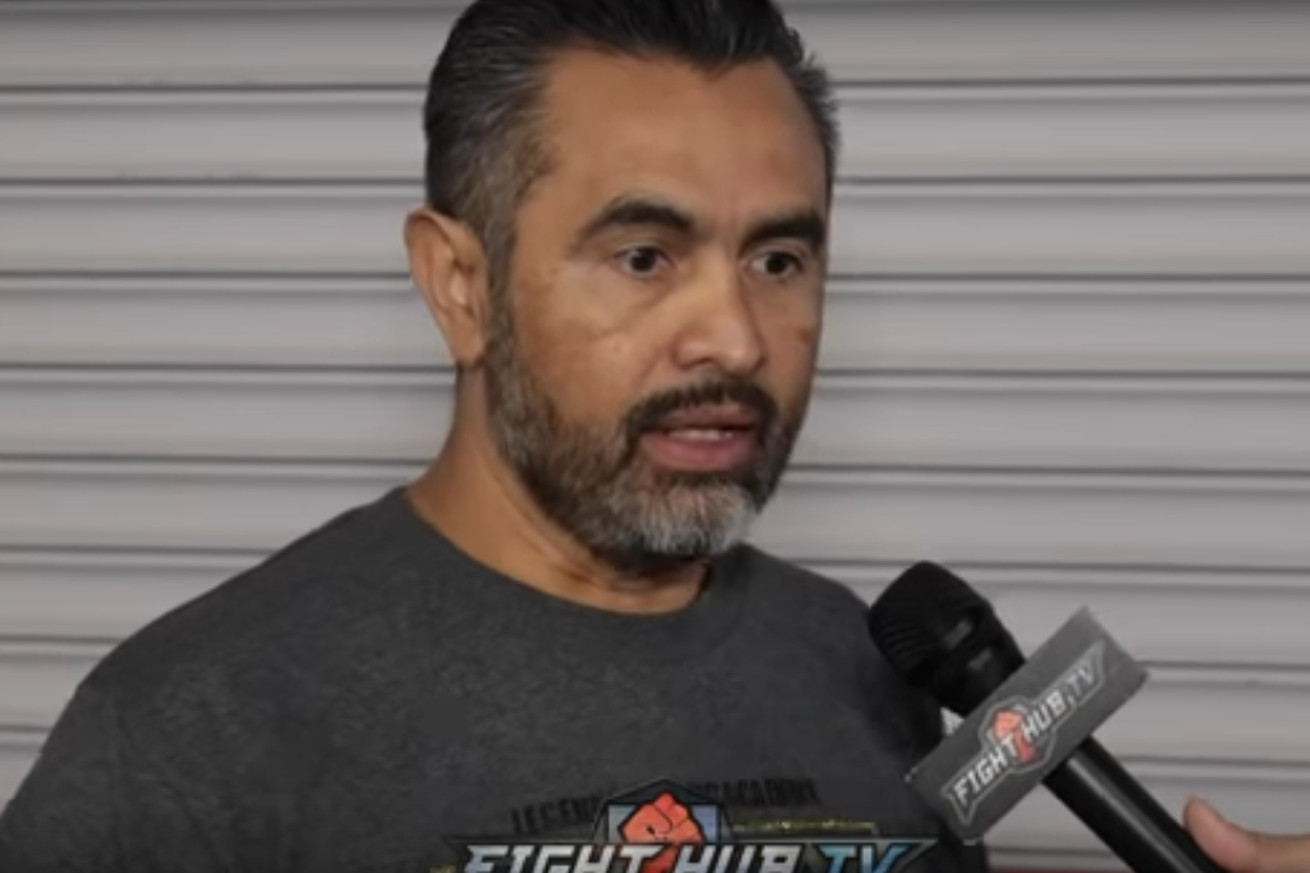 The trainer discusses the circumstances surrounding his firing.

In this video interview with our friends at Fight Hub TV, trainer Manny Robles takes some time to discuss the circumstances leading to him getting fired by Andy Ruiz Jr. following his loss to Anthony Joshua last December, including whether or not he really believes it came at the behest of Al Haymon. Check out some excerpts below...

Robles on his thoughts about getting fired by Andy Ruiz Jr after he lost his rematch with Anthony Joshua:

“It didn’t come as a shock to me, to be quite honest with you. I seen it coming in our camp for the second Joshua fight. Just things weren’t going right, he wasn’t showing up at the gym, he said it himself — it’s nothing the world doesn’t know...

“After the fight, obviously, I didn’t have any contact with him for a little while. I sent him a few messages and he replied once if I’m not mistaken. But I just lost contact with him and all the sudden I get a phone call from the dad wanting to meet with me and came to gym, sat down and we talked and he broke the news to me. But I seen it coming.”

On the firing supposedly coming at the direction of Al Haymon and if he really believes that:

“No, I don’t believe it. The dad came to me and said that it was Al Haymon so when I was asked, when I was interviewed...I said ‘hey according to the dad, he said it was Al Haymon’ so I left it at that. I spoke to someone, a higher source, that assured me that it wasn’t Al. I can’t say who but somebody that has a relationship with Mr. Al Haymon...But (the dad) said it and I understand why, sometimes you look for the easy way out.”

On if being fired by Ruiz after the loss doesn’t sting since he was there to build him into a champion:

On why he believes Ruiz wanted the change:

“It’s like a pattern. He was with Freddie, he was with Abel Sanchez, he was with me — I mean, you know. And now going to Teddy. It’s Andy. It isn’t Freddie or Abel or myself or Teddy, it’s about Andy. What does he want?”

On knowing they were having a disastrous camp once they touched down in Saudi Arabia:

“It was a disaster right after he won the world title ‘cause he disappeared for three months. I didn’t see him, I didn’t know anything about him. I had no idea what he was up to. I’m not his dad, I’m not his babysitter, you know what I mean? I’m here at the gym, and again, being accountable. So then he finally appeared at the gym when we had three months for preparation but even then he was here one day, he was gone another day, he was inconsistent.

“I thought about going to Mexico, getting him away from Southern California, friends and family and taking him down south to Mexico in high altitude. We had house that had a gym — the house had everything we needed. Room and board, plus a boxing gym. Kind of like what Abel Sanchez has in Big Bear.

“We were there for a month, I said ‘let’s get started, we got three months, let’s come out to Mexico for a month, let me get him to drop weight, let me get him in shape that way when we get back to California we can begin our second phase which was the sparring phase, to get him ready.’ I believe our month in Mexico was pretty good but when we came here everybody when their way...He was out on his own, it was obviously easy for him to miss training, miss conditioning and road work and so forth...so how can you prepare?

“We made history (in the first fight), everybody saw what happened. And then after that, once he became a world champion, I lost him. Lost him. Just everything changed. Fame, money, now he’s a millionaire now, and he worked for it — obviously — but now it’s time to stay as a champ. And I told him ‘Man, look, if money’s what motivates you, lets go make some more money! Let’s go beat this guy!’ And I guess he’s thinking short-term, I suppose.”