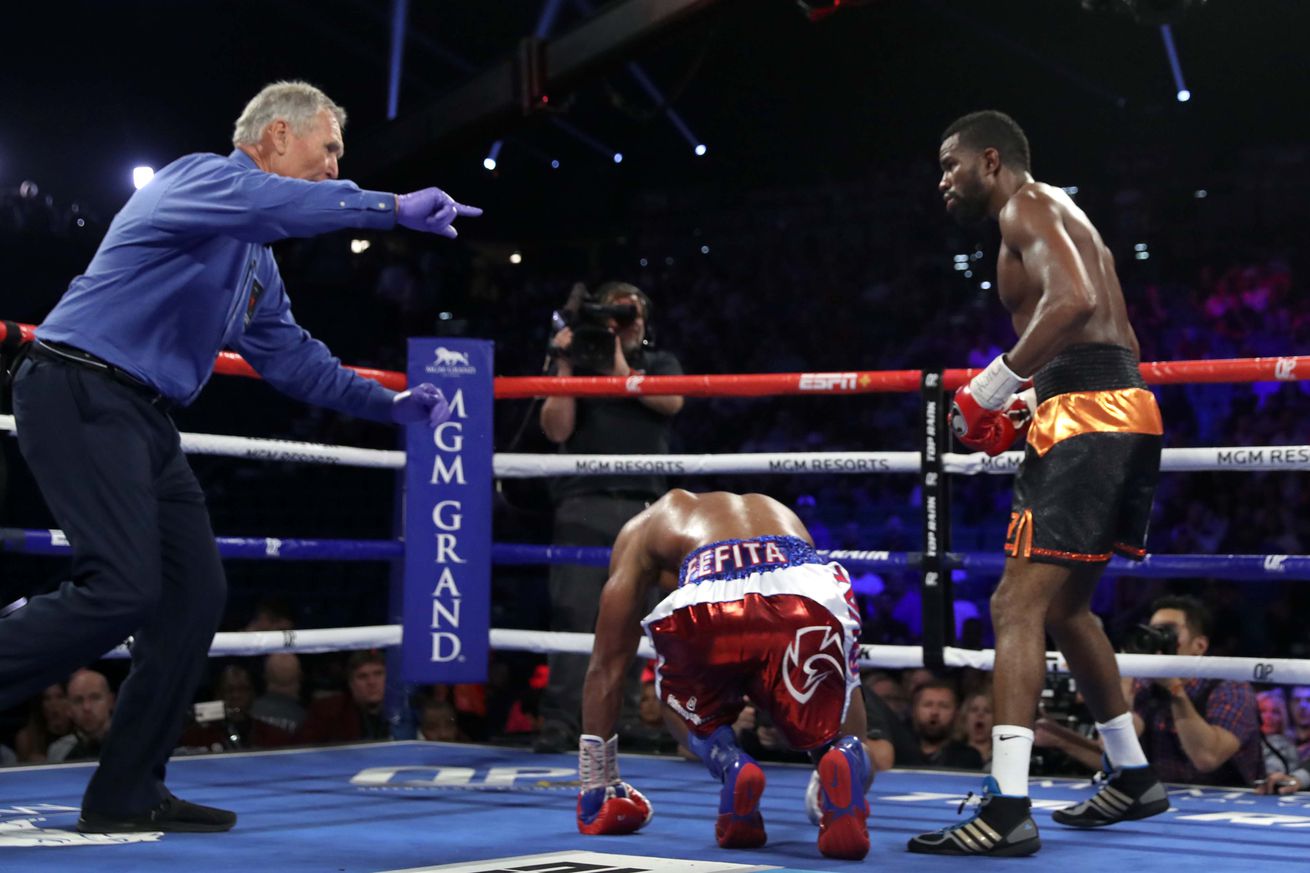 Hart defeated Sullivan Barrera in his light heavyweight debut, while Smith has not fought since a loss to Dmitry Bivol

Top Rank is looking to kick off 2020 with what could be an absolute banger at light heavyweight. Bob Arum tells ESPN that “plans are being finalized” for a January 11th Atlantic City card headlined by Jesse Hart vs. Joe Smith Jr.

Hart (26-2, 21 KO) twice challenged Gilberto Ramirez for the WBO title during his time at super middleweight, giving a solid effort both times but coming away with unanimous decision losses. The second defeat prompted a move to 175, where he intended to debut against just-deposed champion Eleider Alvarez before “Storm” suffered a foot injury. He instead took on Sullivan Barrera, winning an ugly decision over the Cuban veteran.

Smith (24-3, 20 KO) had one of the more remarkable years of any fighter in recent memory back in 2016, starting with a shocking first-round upset of Andrzej Fonfara and continuing six months later with a demolition job of Bernard Hopkins. He’s since struggled to regain that form, going 1-2 with decision losses to Barrera and Dmitry Bivol.

Though neither of these two figure to pose a threat to the monsters lurking at the top of the division, this is an A+ matchup. Two technically limited but highly powerful and aggressive sluggers duking it out sounds like a perfect way to begin a fresh year of boxing.