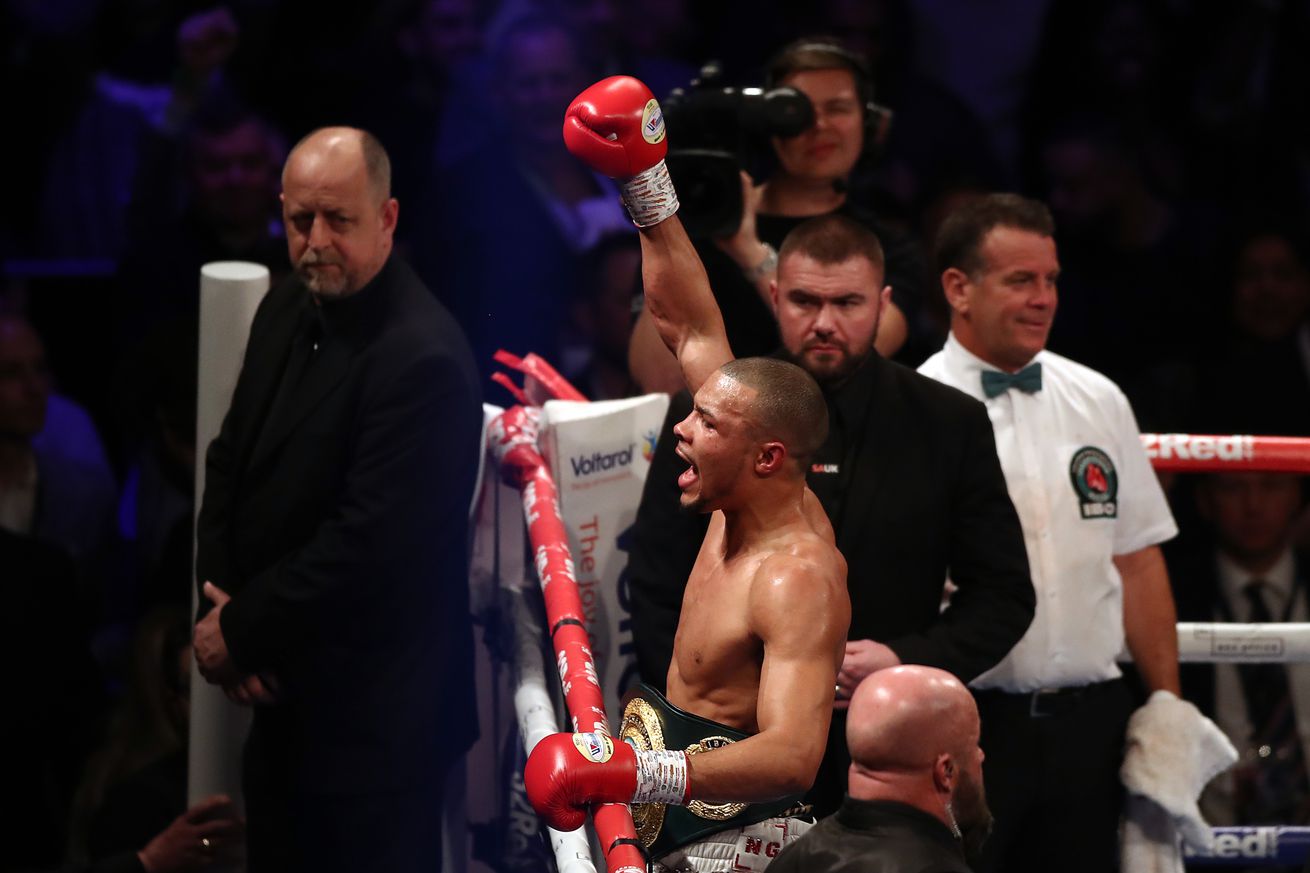 Yes, this means the WBA will have an interim title fight and a regular title fight (Ryota Murata-Steven Butler) in the same month. I vote we bring the IBO out of the minor leagues to replace these cretins.

Eubank (28-2, 21 KO) has not competed at 160 pounds since a 2016 knockout of Tom Duran, though dropping the eight pounds shouldn’t be an issue. Despite being undersized, he’s done exceedingly well for himself at 168, going 5-1, reaching the Super Series finals, and securing the #2 spot in the WBC rankings.

Going further in those rankings would mean running into David Benavidez, though, so going back down is an understandable decision.

“I’m ready to take the United States and the middleweight division by storm,” said Eubank. “I’m excited to come down to 160 pounds where I naturally belong, and I don’t see anybody being able to touch me at this weight class. America is where I learned how to fight as an amateur in Las Vegas and 13 years later I’m finally going to make my U.S. professional debut. I can’t wait to show the fans in the U.S. that I’m the best middleweight in the world.”

Korobov (28-2-1, 14 KO) gave Jermall Charlo his toughest middleweight fight to date last December, earning a draw on BLH’s scorecard amid some questionable official judging. His officiating woes continued in May when he was forced to settle for a draw against Immanuwel Aleem, so I’m glad to see him get another shot in a big-name fight.

“I am more motivated for this fight than any other so far in my career,” said Korobov. “Against Jermall Charlo, I didn’t get the decision. In my mind, I won that fight at Barclays Center. This time around, I will leave no doubt against Eubank. This opportunity gives me a chance to right a wrong. Fans will see the best Matt Korobov on December 7.”

This seems way more compelling than the main event from where I’m sitting.