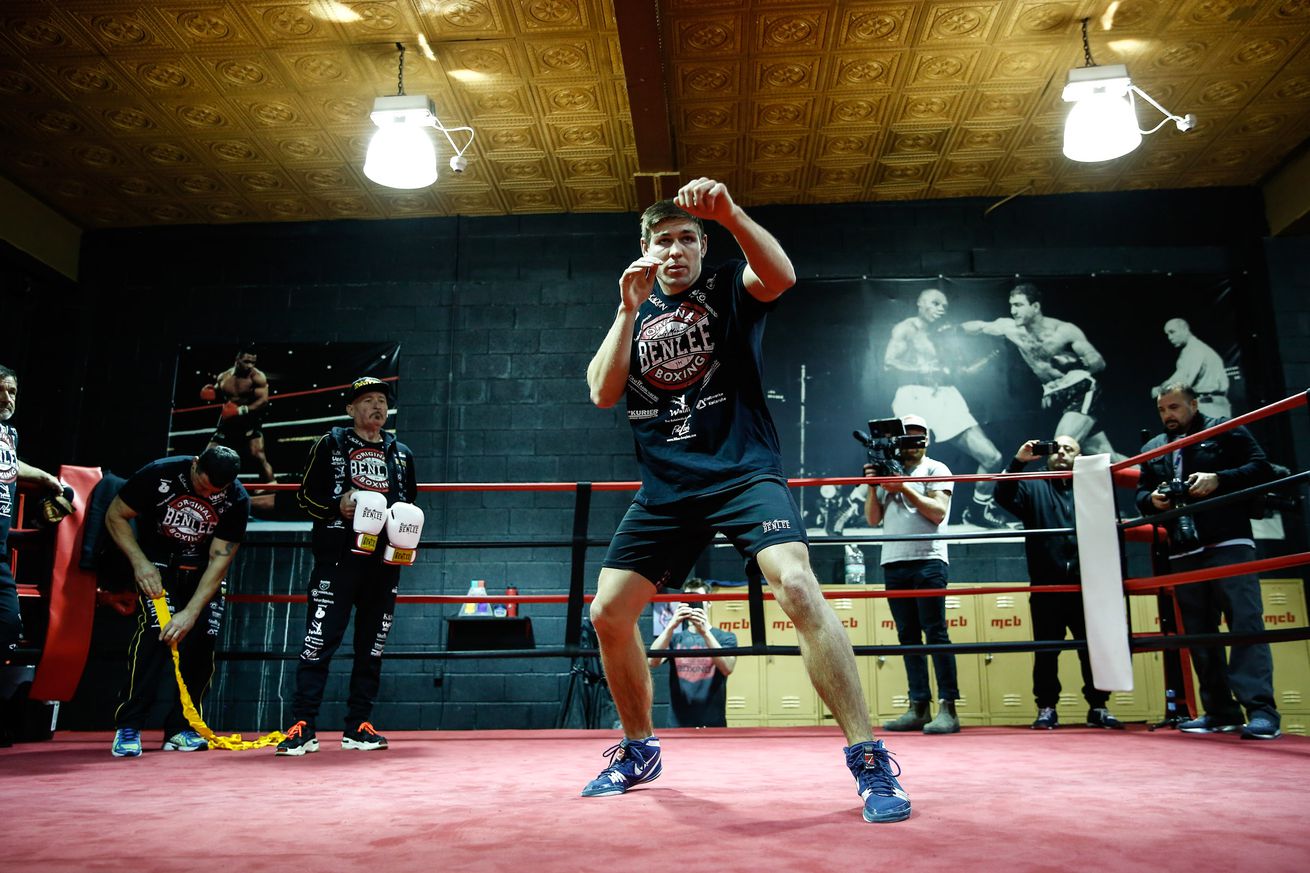 The mandatory challenger and underdog says he’s confident of the upset on Saturday.

The 24-year-old Feigenbutz (31-2, 28 KO) is a virtual unknown to American boxing fans, coming out of Germany and having never fought in the States before. But he’s not worried about the location of the fight, and feels he has the style to win over fans on the side of the Atlantic.

“I will win this fight anywhere it’s fought,” he said at Wednesday’s media workout. “I’m very happy to be here in the U.S. on this big stage. I have a great team that got me here. If the American people give me a chance, they’re going to like what I bring into the ring. I don’t like to talk too much, but I like to fight.”

Feigenbutz has a pair of losses on his records, both by stoppage, one coming in his second pro fight in 2012 when he was just 17, and the other in 2016 to Giovanni de Carolis in a secondary WBA title bout. Feigenbutz warns plant and everyone else not to fixate on those defeats.

“I was only 20 years old when I last lost,” he said. “I’m a man now and I’m much more experienced and have everything I’ll need to beat Caleb Plant. We’ve had great preparation for this fight like always. I’ve of course looked at Caleb’s fights and we got sparring partners to match his style. We’re going to be ready for fight night.

“You’ll see in the first round that I’m prepared. I’m going to bring something different than Caleb expects. I’m confident that I’m going to win this fight, or else I wouldn’t be here.”

As for the fight being in Plant’s backyard in Nashville, Feigenbutz is taking that for what it is, and looking on the bright side, with an eye on returning to the U.S. after a victory.

“We’re all very excited to be here in Nashville,” he said. “My whole family loves Johnny Cash and all the music here. The people are very nice and I’m looking forward to winning a world title here.

“In the future I’d love to come back and fight in the U.S. I’m planning to put on a good performance and I know that will open up the door to the biggest fights in the sport.”