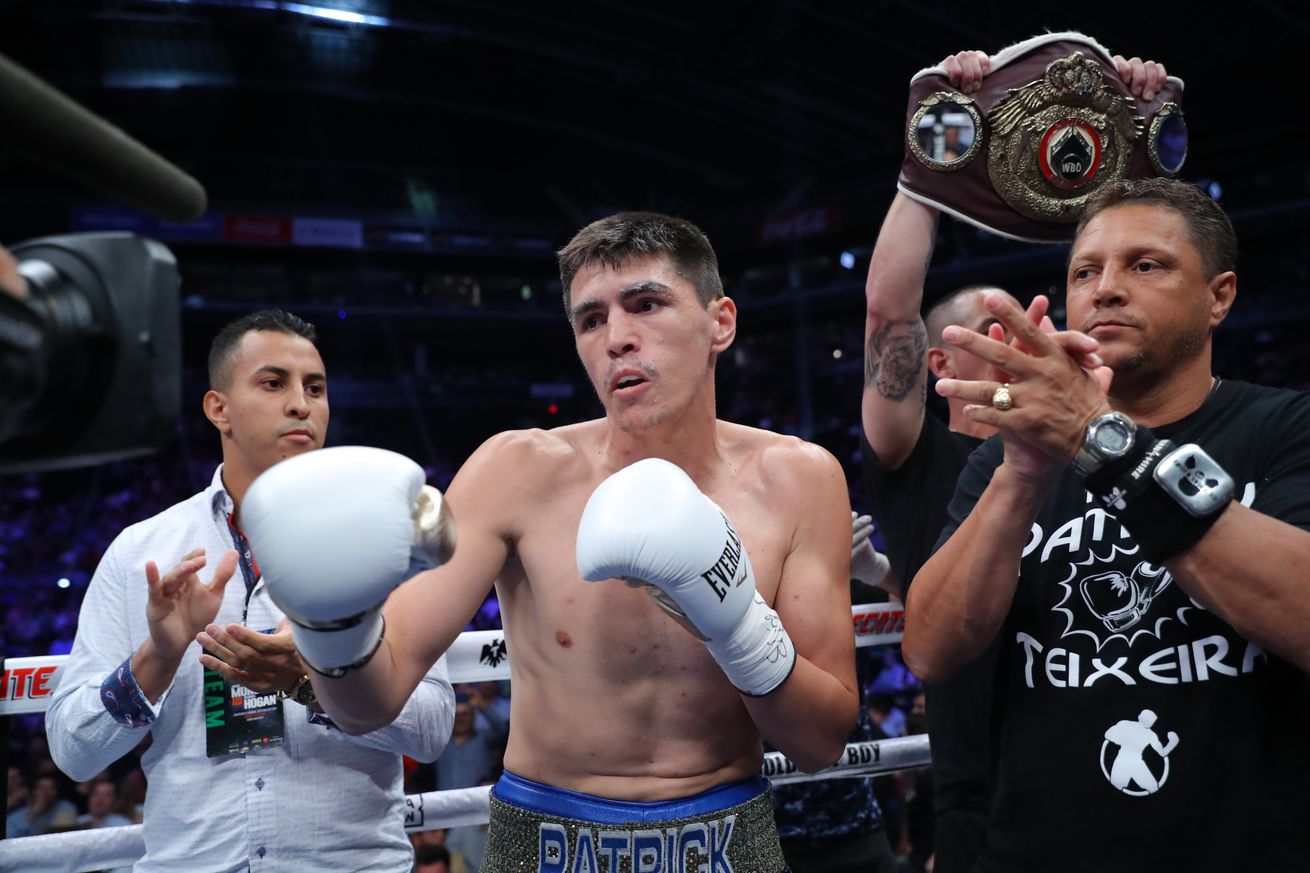 WBO super welterweight champion Patrick Teixeira and mandatory challenger Brian Castano, who came to terms late last month to avoid a purse bid, are reportedly set to go at it on April 25th in California. No specific city was given, but seeing as that’s the same date Wanheng Menayothin is planning to make his U.S. debut in Palm Springs, I’m guessing they’ll share the card.

Michael Benson also reports that Sergey Kovalev’s debut is a “possible” addition to the card. Kovalev’s trainer recently revealed that his charge intends to campaign at cruiserweight.

Jeison Rosario and Jermell Charlo may currently be the talk of the town at 154, but this isn’t a fight you’ll want to miss. Teixeira (31-1, 22 KO) showed wholly unexpected levels of grit in his battle with Carlos Adames last November, drowning the memory of his wipeout loss to Curtis Stevens by outlasting the hyped Dominican en route to a unanimous victory. He’ll have to turn in a similar effort against Castano (16-0-1, 12 KO), a former Olympian with a win over Michel Soro and an entertaining draw against Erislandy Lara.

May 2nd may be Golden Boy’s may-n event, but this in the lead with Wanheng and Kovalev in supporting roles could make for a fun little card.