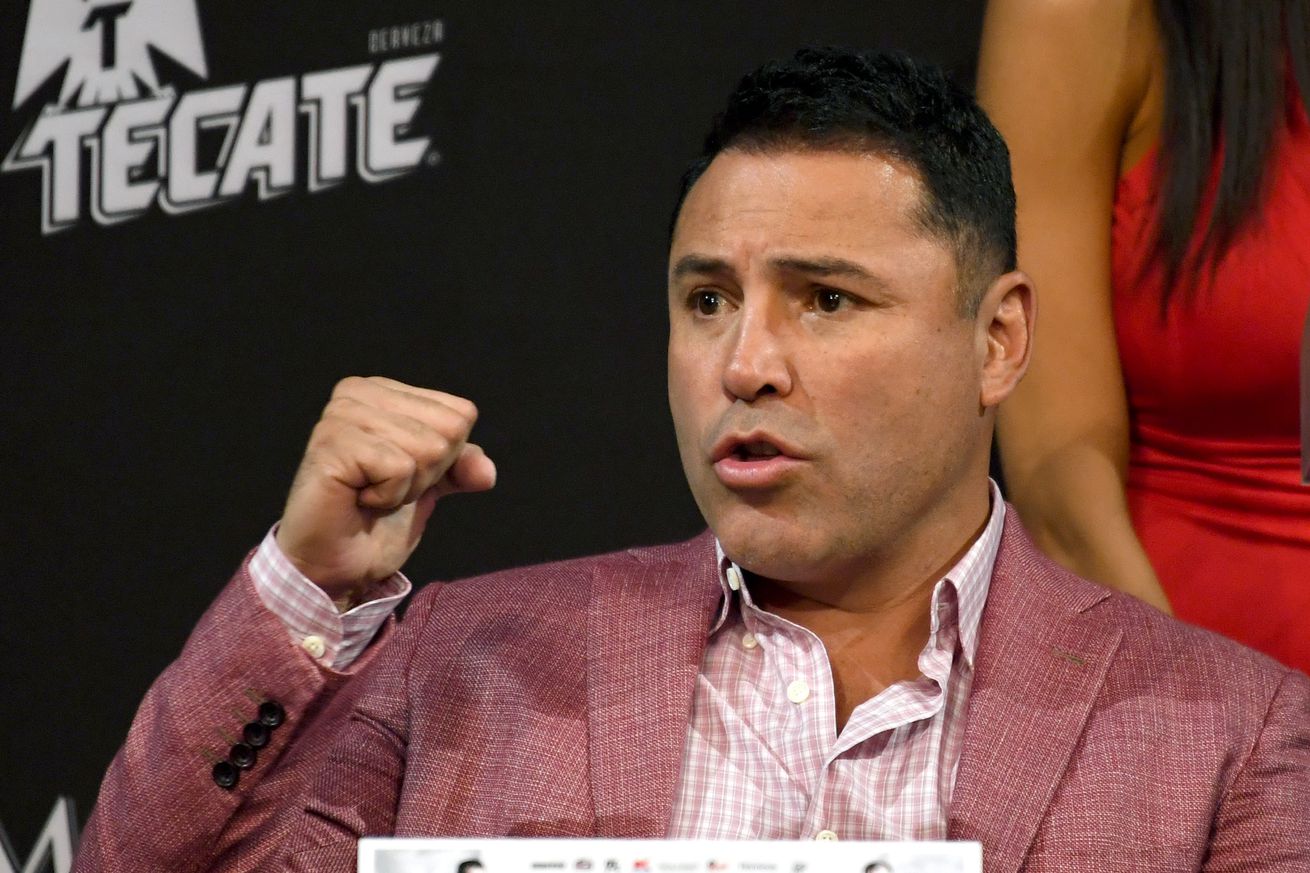 The Golden Boy promoter says he’s all for making the lightweight showdown.

Oscar De La Hoya stood to field some media questions and all gung-ho about making a fight between Ryan Garcia and media rival Gervonta Davis. De La Hoya says Garcia is adamant about wanting to face Davis this year and he believes boxing needs a good fight between two young stars. Check out some excerpts below...

De La Hoya on his interest in making a fight between Garcia and Davis:

“We have a superstar in the making. Tank, he’s filled up arenas now, the east coast, and people love him and he’s fighting and I love his style. He’s a guy who comes forward and he had a very difficult time with Gamboa, you know, who was shorter, who has no legs. So I can imagine how a fight with Ryan and Tank can pan out. It would be very interesting. I would love that. It would be a big fight.”

On in anyone from Mayweather Promotions has been in touch with him about making the fight:

“No, they haven’t reached to me. And obviously they won’t, because there’s a way of doing things. You know, maybe they’re waiting for Ryan, how he looks on Friday — but there’s ways of doing things. We’re all businessmen here and we can figure it out and see when is the best time to do this fight. But Ryan Garcia wants Tank now, by the end of the year. He wants him now so let’s see how this pans out on Friday but I’ma keep beating the drum, man. I’m not going nowhere, I’m gonna beat the drum! I’m his promoter so I gotta beat the drum and get him the fights that he wants.

“All I know is that this fight is brewing, you know, and it’ll be a great fight and both guys are great. I think Tank is amazing, I think Ryan’s amazing, he’s proving himself and he wants to fight Tank. If a young fighter wants to fight a champion and people know it’s gonna be a big major event, let’s make it happen for the sake of the sport. These are the types of fights that the sport needs and wants, when you have one young guy against another young guy, a great guy against a great guy.

“It reminds me of like when me and Trinidad fought, we were undefeated, we were both young, we were both champions — these are the types of fights we should be making.”