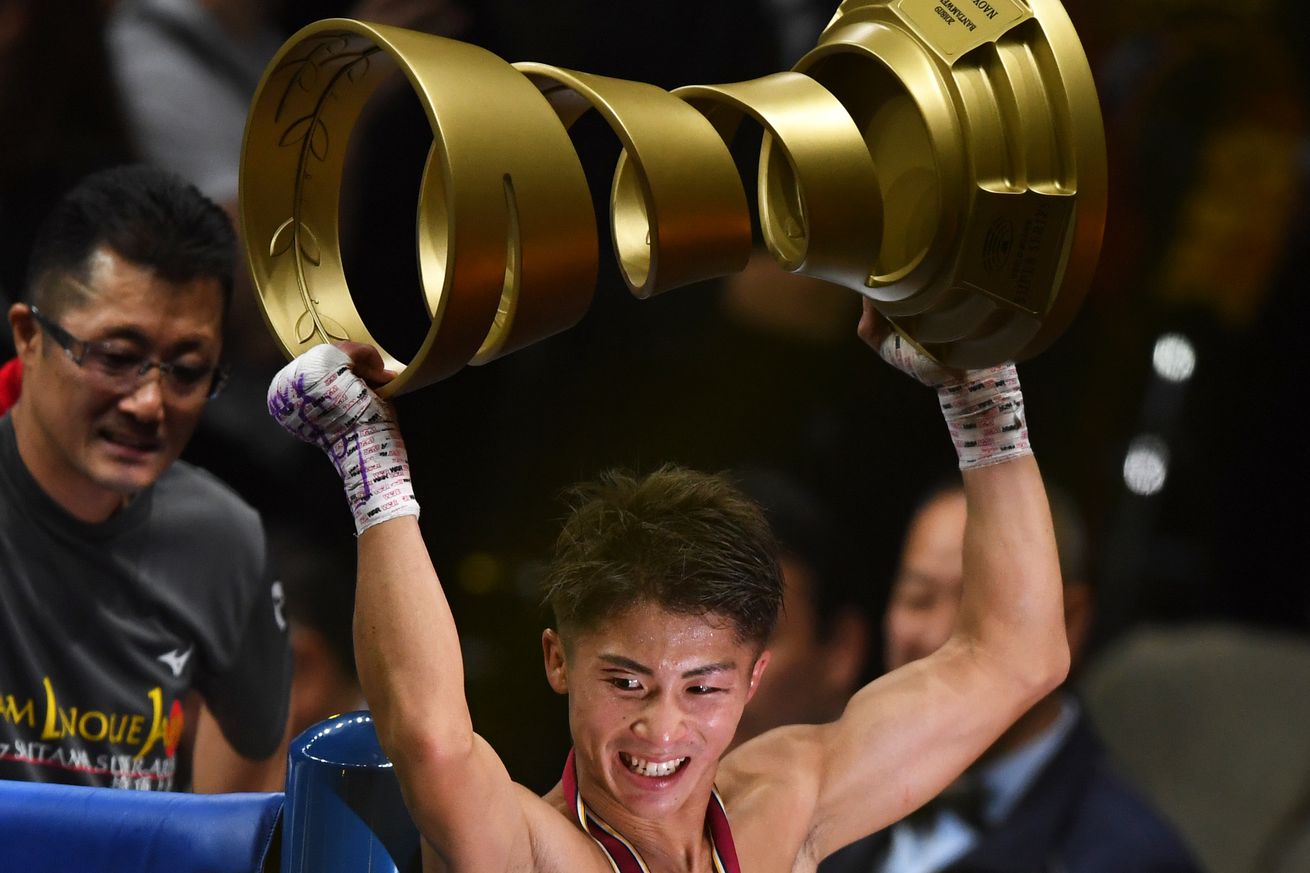 Joshua Greer, Jason Moloney, and Andrew Cancio will be in action on the main card

As expected, IBF/WBA “Super” bantamweight champion Naoya Inoue will make his Top Rank debut in Las Vegas on April 25th, taking on WBO champion John Riel Casimero in a tantalizing unification match. The fight headlines an ESPN+ tripleheader that also features what looks like a WBO final eliminator between Joshua Greer and Jason Moloney alongside the promotional debut of Andrew Cancio opposite Tyler McCreary.

Inoue (19-0, 16 KO) vs. Casimero (29-4, 20 KO) is an electric matchup between vicious punchers, and it’s happening at the most interesting time possible. “The Monster” ravaged his way through the WBSS, demolishing Juan Carlos Payano and Emmanuel Rodriguez in three rounds combined, but had to dig deep to turn away a resurgent Nonito Donaire in the finals. Casimero, on the other hand, overcame some ludicrous height and reach disadvantages to blow out Zolani Tete last November, upending a man through to be one of maybe two feasible challengers for Inoue at 118.

“It is a tremendous honor and a dream come true to headline a card in Las Vegas against a great fighter like Casimero,” Inoue said. “It is my goal to be the undisputed bantamweight king, and I am coming to America to put on a great fight for the fans. I would like to thank Mr. Bob Arum and MGM Resorts for making my Las Vegas dream a reality. Now, the work begins, and I will kick off my 2020 schedule at Mandalay Bay in devastating fashion.”

“This is my dream fight. I have traveled the world and fought in 10 countries. I’ve won world titles at 108, 112 and 118 pounds,” Casimero said. “But ever since I saw my hero and fellow countryman, Senator Manny Pacquiao, fight in Las Vegas, that has been my dream. To everyone who thinks I am the underdog on April 25, I will shock the world and show the fans who the real ‘Monster’ is in the ring.”

Greer (22-1-1, 12 KO), undefeated since falling to the every capable Stephen Fulton in his fifth pro fight, had something of a reality check in 2019. After getting off the canvas to stop Giovanni Escaner in January, Greer faced no little adversity in decisions over Nikolai Potapov and Antonio Nieves, particularly against Potapov. It’ll be sink-or-swim against Moloney (20-1, 17 KO), who’s 3-0 (3 KO) since a narrow loss to Emmanuel Rodriguez in the WBSS quarterfinals.

“I know what I’ve done before, and I know that I’m capable of,” Greer said. “George [Hernandez] is the perfect man for the job. We have great chemistry. I love being back in the gym with him. This is what separates the boys from the men. I’m just ready to show the world who I am. At Garfield, the young kids keep me hungry. They don’t care about my ranking or that I’ve fought on ESPN. Chicago keeps me humble. Thanks to Moloney for taking the challenge, and I look forward to getting busy April 25.”

“I’m extremely grateful for this big opportunity. Fighting in Las Vegas has been a dream of mine for many years, and I’m looking forward to having a very impressive win over Joshua Greer Jr. and moving another step closer to becoming world champion,” Moloney said. “April 25 is a very important day for us in Australia and New Zealand called Anzac Day. It is a day of remembrance, where we pay our respects to all those who have served and died for our beautiful country. I will do whatever it takes to win this fight, and I will dedicate this victory to all those who have served for us.”

Cancio’s (21-5-2, 16 KO) feel-good knockouts of Alberto Machado gave way to a surprise loss to Rene Alvarado, after which Golden Boy added insult to injury by releasing him over mildly critical comments he’d made. Top Rank soon scooped him up, though, and he looks to have a fairly soft introduction to the ranks in McCreary (16-1-1, 7 KO), who lost wide to Carl Frampton in November.

“I’m very excited to start my next chapter with Top Rank on April 25 against Tyler McCreary at Mandalay Bay in Las Vegas and on such an outstanding card,” Cancio said. “I know how formidable an opponent McCreary is, but I’ll be more than ready to be victorious and put on a great show for the fans when I return to battle.”

“It’s another big opportunity, something I couldn’t pass up,” McCreary said. “He’s a former world champion, but he’s no Carl Frampton. This is a steppingstone for bigger fights. I have to get past him to see the bigger names. I learned a lot from the Frampton fight, and that experience is the number one teacher for me.”