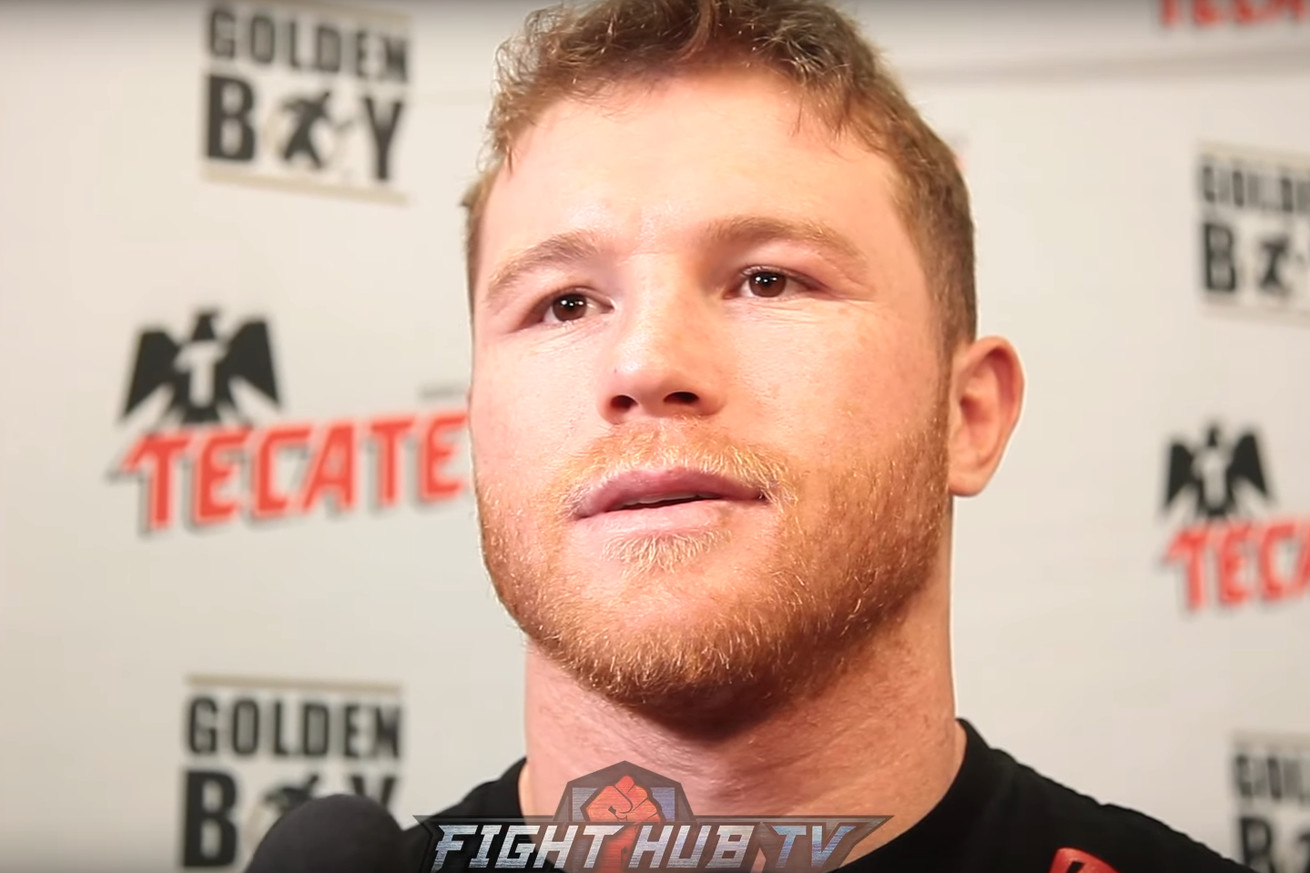 During Canelo’s open media workout yesterday, the fighter took some time to field questions from reporters on his expectations for the fight. Check out some excerpts below...

Canelo on if he plans on coming into the fight under the light heavyweight limit:

On how long he’s been at weight already considering he should have to cut much:

“My walking weight is around the same weight that I’m at, but I’m taking care of myself, training hard with sparring partners that are much bigger than me.”

On if training camp is more enjoyable when not having to cut weight:

On given his superstar status, if he ever just misses being a regular person:

“No, I’m very grateful for all of this. I enjoy it a lot and I’m very thankful to all the people.”

On what he gets to eat in camp that he usually can’t:

“Rice, a lot of carbs. Carbs are one of the things that when you’re dieting, losing weight, you really can’t eat anymore.”

On why he opted to move up in weight rather than seek a unification match:

On what he thought of Golovkin-Derevyanchenko, and if he thought GGG won that fight:

On what’s most dangerous about Kovalev:

“it’s a very dangerous and challenging step for me, I’m going up two divisions. He’s bigger than me, has more experience at this weight. I think all of that makes him very dangerous.”

On how he thinks the fight with Kovalev plays out:

“It’s going to be a hard fight for me, I’m moving up. He’s in his comfort zone but I feel very confident in who I am and the ability I have as a fighter.”

On if he’s going to stay at light heavyweight if he wins: