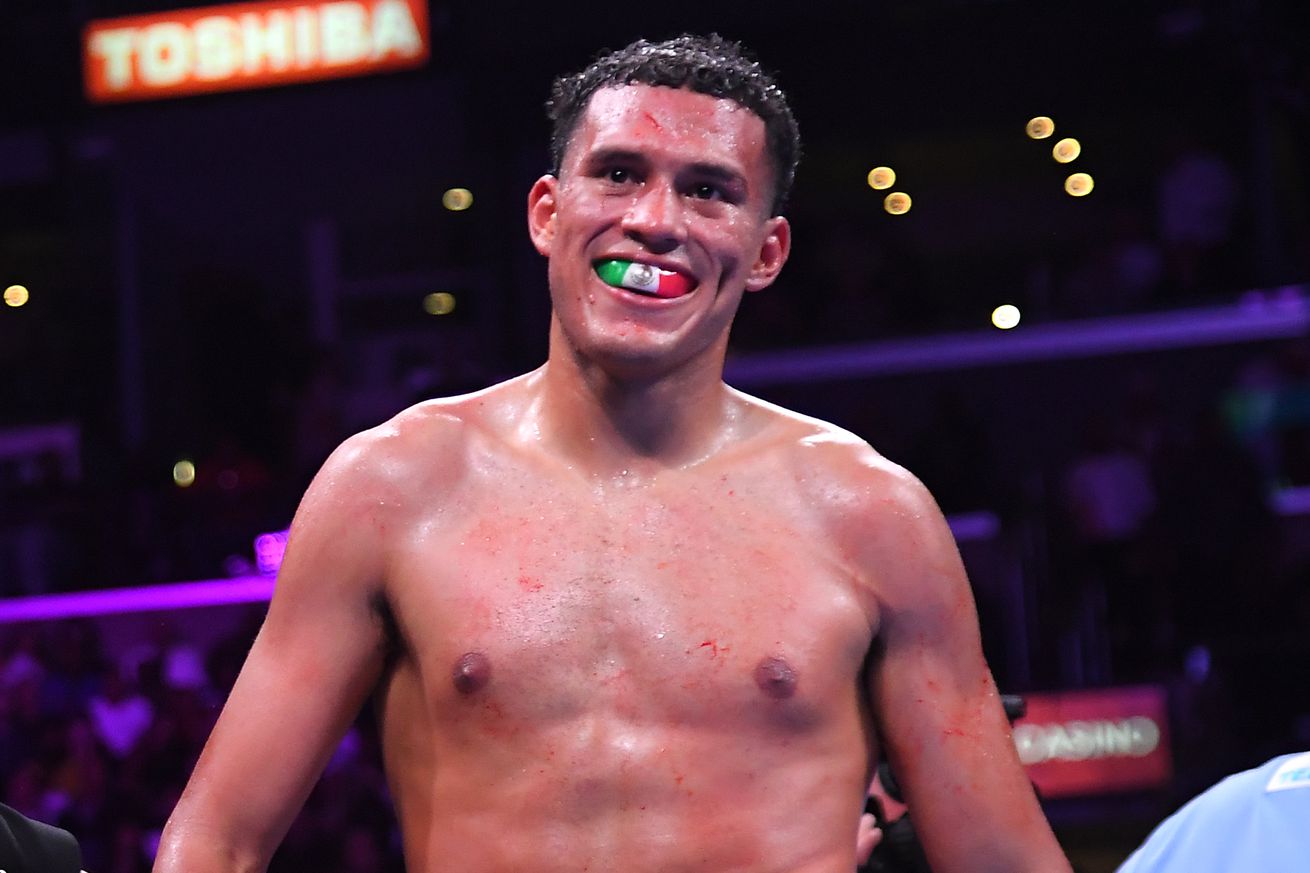 It was Plant’s second successful defense, but being honest, neither of them have exactly been against serious contenders. Feigenbutz was a mandatory, but last July’s win over the even more woefully overmatched Mike Lee was an optional defense.

Now the 27-year-old Plant (20-0, 12 KO) is making the call for a bigger fight, though, and challenged WBC titleholder David Benaviez from the ring, live on FOX.

Benavidez (22-0, 19 KO) doesn’t seem impressed with Plant, but does sound open to the fight:

Let’s get this done don’t want to keep the fans waiting . @calebplant ain’t gonna be talking tuff anymore when I put his ass in the hospital

“It’s easy to look good against a bum,” Benavidez wrote on Instagram.

“I wanna see you try to do that against me, Sweetheart,” he continued, making reference to Plant’s nickname of “Sweethands.”

Benavidez further added, “Let’s get this done, don’t want to keep the fans waiting. Caleb Plant ain’t gonna be talking tough anymore when I put his ass in the hospital.”

Benavidez, 23, is a PBC fighter like Plant, so in theory the fight is easy to make. Benavidez last fought on Sept. 28, stopping Anthony Dirrell in the ninth round to regain the WBC belt that Benavidez had never lost in the ring. He was stripped of the title in 2018 after testing positive for cocaine.

A Benavidez-Plant (or Plant-Benavidez, whatever) matchup is not just a unification, it’s a potentially fantastic style matchup. Plant is a technician who fights with a lot of confidence, a sharp combination puncher, while Benavidez has skills but also brings raw power to the table.

It would be a very welcome fight in a 168-pound division that doesn’t have any clear ruler. Some felt WBA titleholder Callum Smith was the obvious top guy, but his controversial decision win over John Ryder says differently, and WBO titleholder Billy Joe Saunders didn’t look great in his last win, either.

If neither Smith nor Saunders bend and fight Canelo Alvarez on May 2, we could be looking at two unification fights at super middleweight soon, one between Smith and Saunders, both with Matchroom, and the other between Benavidez and Plant.