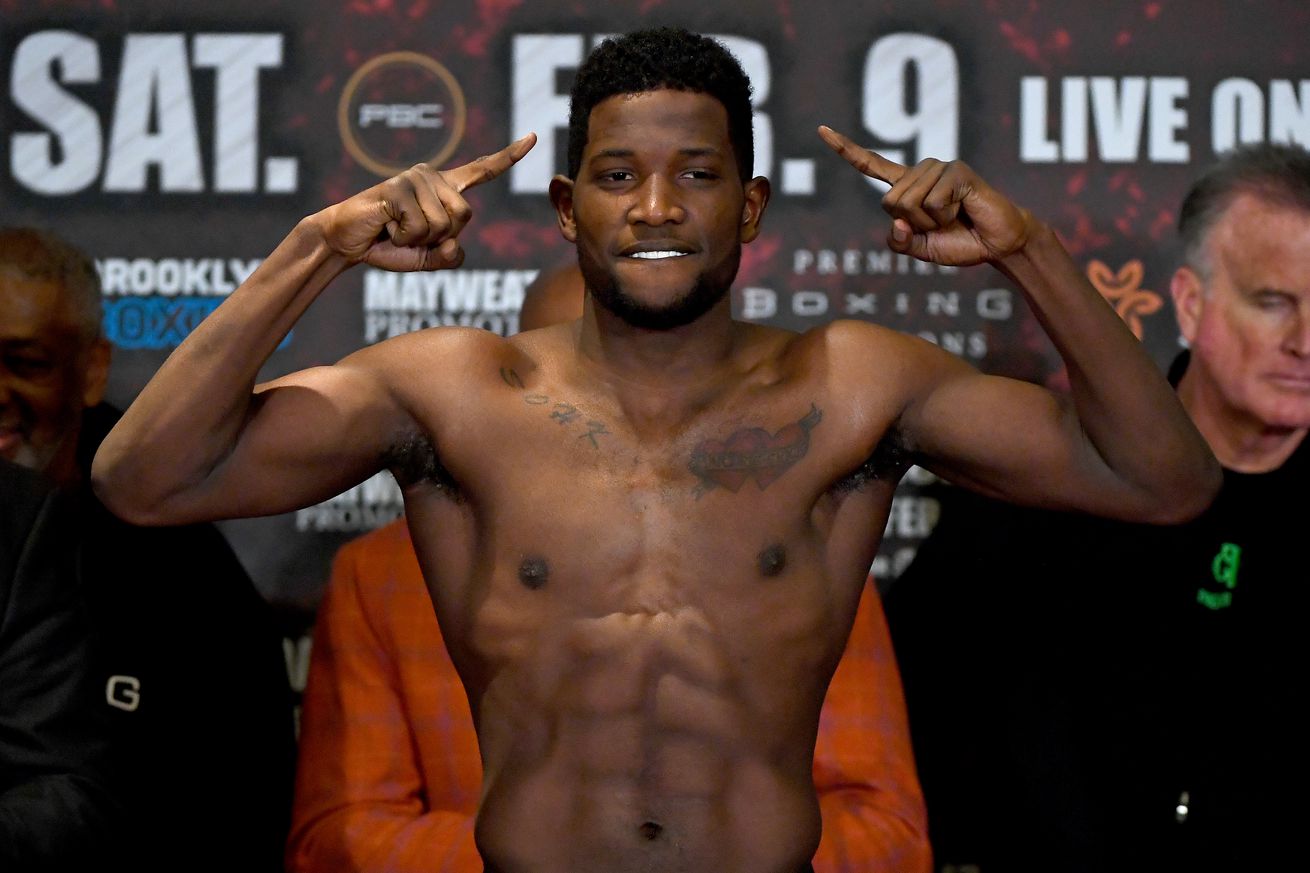 This Saturday night’s Showtime tripleheader is a “Showtime Boxing Special Edition,” not a Showtime Championship Boxing, and not a ShoBox — the “Special Editions” are generally somewhere in between on a Saturday, and that’s what we’ve got this weekend.

Here’s a rundown of the three fights we’ll see.

Lubin (21-1, 16 KO) is a top junior middleweight prospect looking to become a serious contender as we approach 2020. This fight won’t really do it, at least in terms of perception, because Gallimore (21-3-1, 17 KO) isn’t the type of opponent where Lubin can really springboard up the ladder.

That doesn’t mean it’s a bad fight, though. This was originally supposed to be Lubin against Terrell Gausha, who’s closer to a real contender than Gallimore, and is also, being frank, a less entertaining fighter. Lubin had a chance to prove something more against Gausha, but for fans, Gallimore will likely result in the better fight.

Lubin, 24, is still probably best (perhaps unfairly) known for a 2017 loss to Jermell Charlo, where he was knocked out hard in the first round of a world title shot that he rushed into at age 22. In that fight, he tried to go from wiping out guys like Juan Ubaldo Cabrera and Jorge Cota to fighting with a top 154-pounder, and it just didn’t work.

But Lubin didn’t let that loss beat him, either. He’s stepped back the competition a bit, winning three straight over Silverio Ortiz, Ishe Smith (he was the first fighter to stop the tough veteran), and Zakaria Attou. He’s got an exciting style, he’s got skills, and probably sooner than later, we’ll see if he’s made improvements since his first crack at the top.

The 31-year-old Gallimore, born in Jamaica and fighting out of Chicago, turned pro in 2014 and suffered his first setback against Virgilijus Stapulionis in 2016, losing a split decision, but in 2017 he scored back-to-back stoppage wins over Jeison Rosario and Justin DeLoach. He lost to Julian Williams and Patrick Teixeira in 2018, and in his last outing won a split decision over unheralded Antonio Todd in Atlanta.

Gallimore is the serious underdog here and really shouldn’t win, but he fights and can crack when he connects, which gives him at least the puncher’s chance.

Easter, 28, was highly-touted out of Toledo, known first as an associate of Adrien Broner’s. At one point, Broner said he felt Easter didn’t yet know just how good he could be, and that was when Easter was already looking good as a pro. Hopes were high.

Easter broke through in 2016, narrowly beating Richard Commey for the vacant IBF title at 135. That’s a win that has aged nicely, as Commey has remained a top player in that division and is currently a titleholder. But Easter didn’t look great in wins over Luis Cruz, Denis Shafikov, or Javier Fortuna — he got the wins in those fights, but nothing about them was exciting or inspiring.

In 2018, he faced Mikey Garcia in a title unification and was pretty sorely outclassed over 12 rounds. Nine months later, he returned against Rances Barthelemy in what wound up being one of the most dreadful fights in memory, one where neither man took a single risk. They both seemed determined to throw as few punches as they possibly could, and in the end they got the decision they deserved, a draw, with nobody winning a fight nobody deserved to win.

Granados, 30, won’t allow Easter to do that, at least. What the Chicago scrapper lacks in natural ability he’s made up for with determination; despite a forgettable win-loss record, he’s well-established as a tough out, either drawing with or dropping debatable decisions to Lanardo Tyner, Frankie Gomez, Kermit Cintron, Felix Diaz, Brad Solomon, Adrien Broner, and Shawn Porter. Nobody had an easy night with Adrian Granados.

That is, until this past April, when Granados was trucked inside of seven rounds by Danny Garcia. He was down three times and lost every round of the fight. Garcia just dominated him, and that was a sign to Granados that if he was going to finally bust through, he had to fight at 140 instead of taking money to fight at 147.

This might be the last good chance Granados gets to really make a mark as more than a tough battler. Easter is moving up and has no momentum right now. Easter’s taller and longer, but style-wise, Granados is either going to bullrush his way inside and make life hell for Easter or he isn’t, and it’s doubtful jabs at range will deter him. They won’t hurt, but Easter will have to combo up and do real work to keep Granados from hounding him.

Sanchez (13-0, 11 KO) is stepping in to replace Efe Ajagba. Ajagba is a hotter heavyweight prospect, but the Cuban Sanchez is not a bad replacement at all, a promising 27-year-old worth knowing about.

Sanchez has fought three times this year, scoring wins over Willie Jake Jr, Jason Bergman, and Victor Bisbal. This eight-rounder is a chance for him to be seen, basically.

Mulowayi (7-1-1, 3 KO) is a 32-year-old originally from the Congo and fighting out of Belgium. He lost to Herve Hubeaux by majority decision in May, and last fought in July, scoring a four-round decision win over a novice opponent. His record doesn’t indicate any real threat to Sanchez, but it’s the heavyweights.