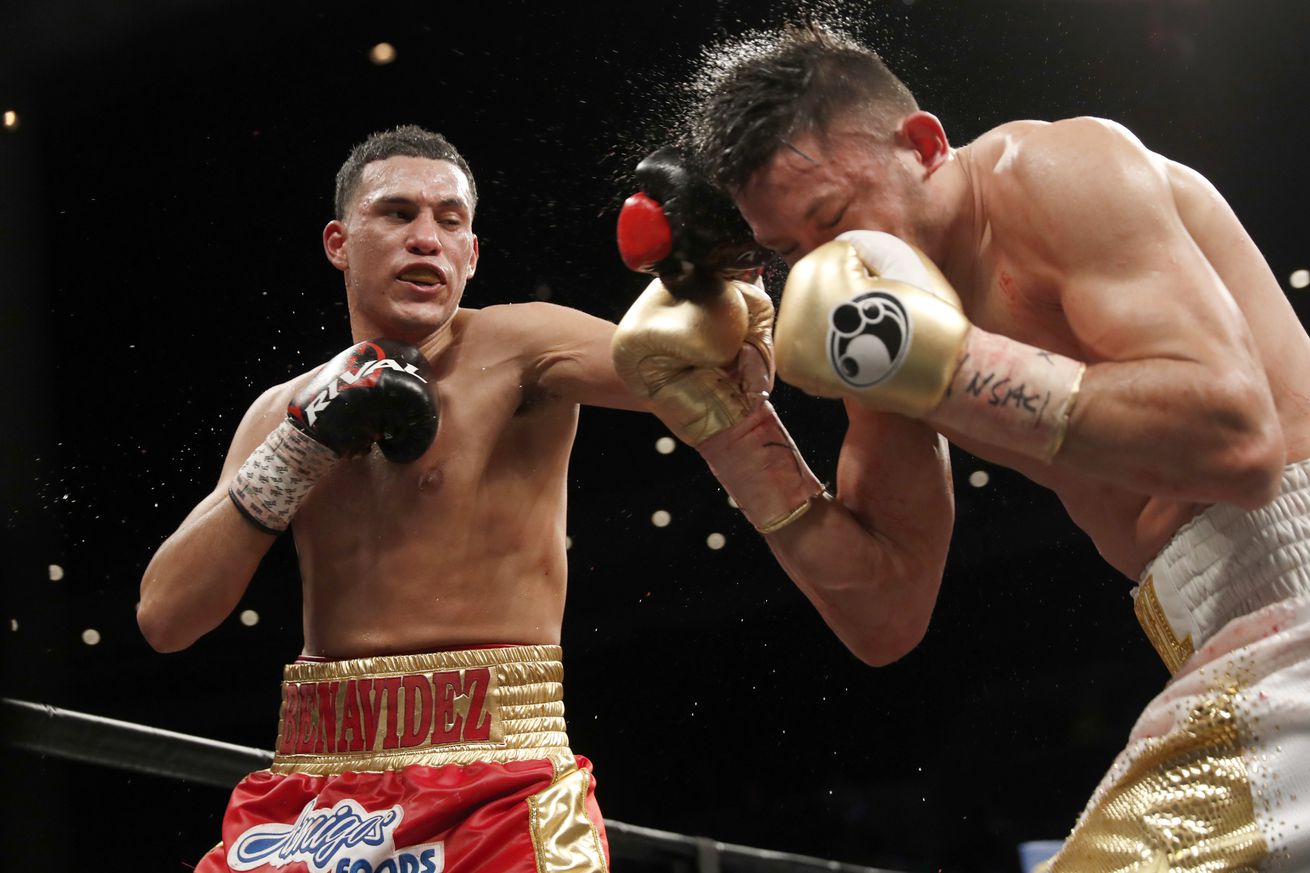 David Benavidez vs. Caleb Plant may be the super middleweight dream match du jour, but if it’s happening, it’s not happening next. Mike Coppinger reports that “El Bandera Roja” will “likely” return on April 18th, “possibly” against recent upset author Lionell Thompson. Benavidez’s WBC-mandated clash with Avni Yildirim remains on the backburner due to the latter undergoing shoulder surgery.

Considering Plant recently declared that he wouldn’t be ready in time for a Canelo date on May 2nd, this doesn’t futz with the ideal schedule too much, though Yildirim remains a wrench in the gears.

The 34-year-old “Lonnie B” (22-5, 12 KO) has something of a deceiving record, as three of his losses came by split decision (one to Radivoje Kalajdzic) and his one knockout defeat came courtesy of a prime Sergey Kovalev. A longtime light heavyweight, he was optimistic about his prospects at 168 pounds, and he certainly presented some strong evidence by soundly beating former champion Jose Uzcategui in December.

Benavidez (22-0, 19 KO) is a mighty tall ask, though. Since a 13-month-layoff due to testing positive for cocaine, he’s mauled J’Leon Love and carved up Anthony Dirrell to reclaim his title. Thompson proved he’s no joke, but it would be a tremendous feat to stand up to a younger, heavier-handed bruiser on the rise.