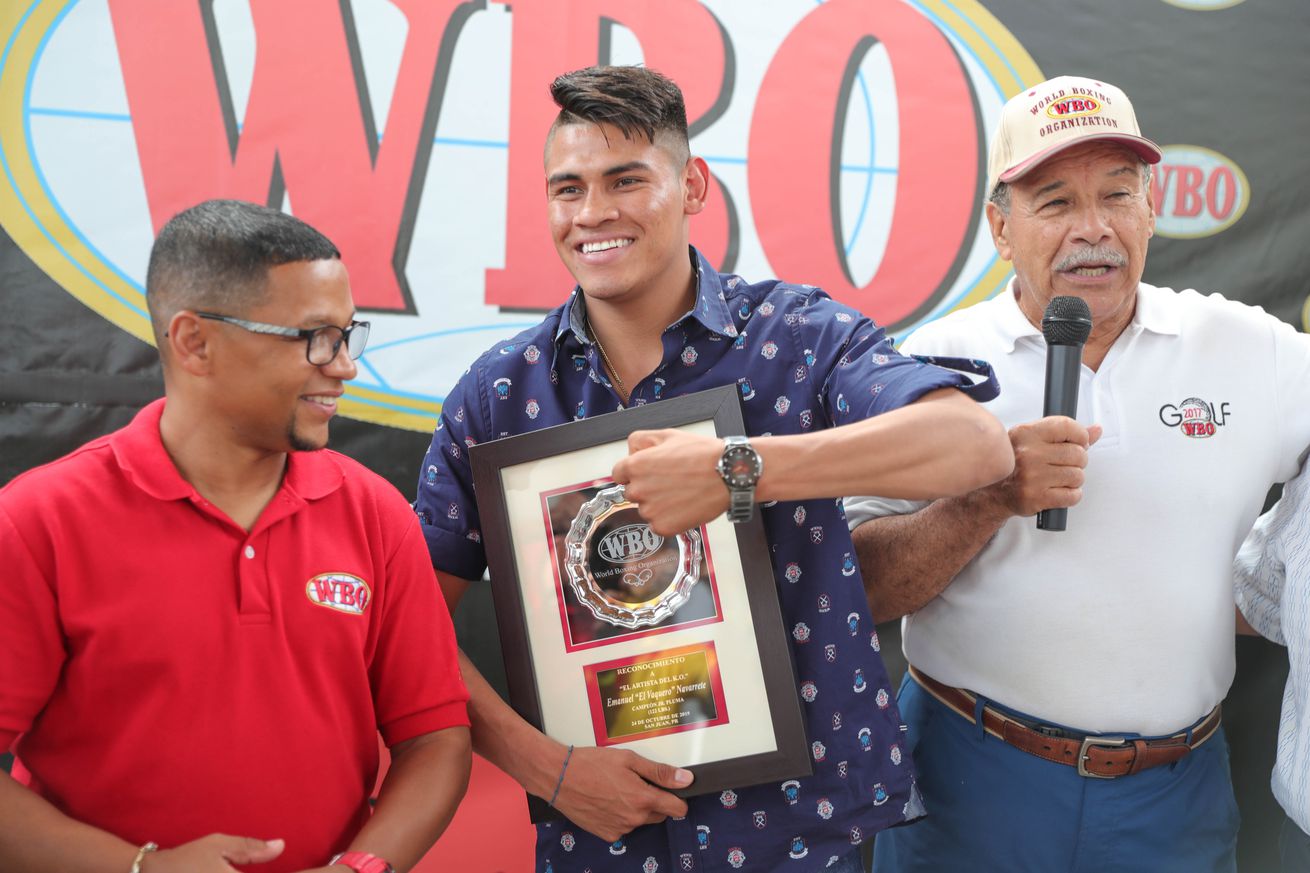 The 122-pound titleholder was recognized at an annual golf tournament.

“I’m very happy to be here in Puerto Rico with the WBO,” Navarrete said. “I will continue working hard to continue defending the title and I hope to continue climbing divisions. I hope to continue fighting for the WBO as they were the first to give me the opportunity to be world champion.”

The 24-year-old Navarrete, a native of Mexico City, won the WBO’s 122-pound title in Dec. 2018, upsetting Isaac Dogboe, and defended three times this year. He stopped Dogboe in the 12th round of a one-sided rematch on May 11, then followed up with pretty easy defenses against Francisco De Vaca and Juan Miguel Elorde on Aug. 17 and Sept. 14, the latter a chance to fight on Top Rank’s big Mexican Independence Weekend card in Las Vegas.

“When I mentioned on social media that Navarrete is the best 122 pounds in the world, many criticized me but now time proved me right,” said WBO president Francisco “Paco” Valcarcel. “Navarrete has the punch of Wilfredo Gómez when he was at 122 pounds and we know he will continue to give much to talk about. The sky is the limit for him.”