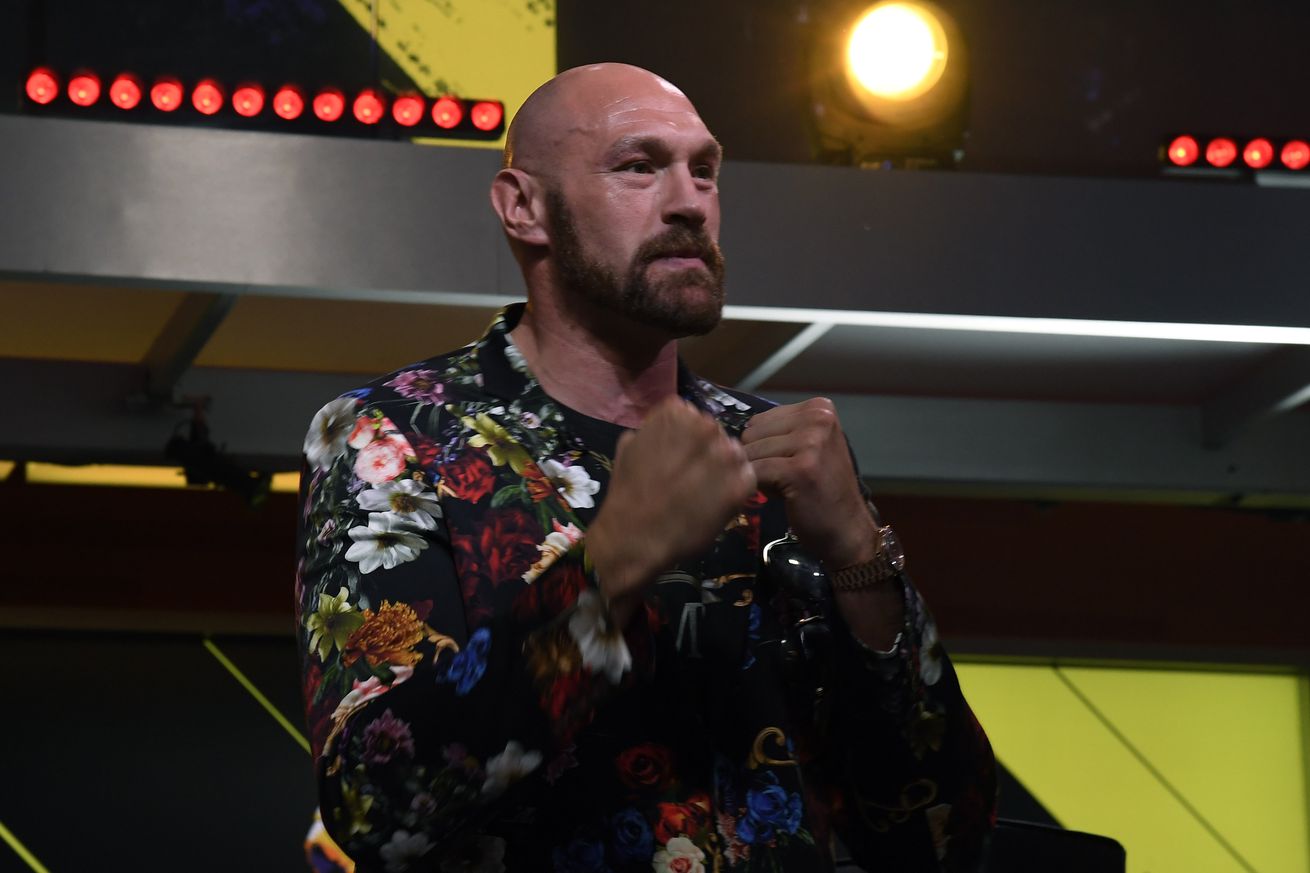 Fight week is in full swing for this Saturday’s heavyweight title rematch between Deontay Wilder and Tyson Fury. And with all the build-up Fury showed up to ESPN’s Max on Boxing segment to discuss what this fight means for him. Check out some excerpts below...

Fury on why he’s stopped drinking Diet Coke for this fight:

“It’s just something, a little sacrifice more. You know, I love me Diet Cokes and I was having 20, 30 in a day sometimes...So I took them away from meself, I took everything that I held dear, everything that I like, and took it out of me life. I’ve been away in Las Vegas for 10 weeks by the time the fight comes around and I haven’t had me wife here, me kids, I’ve not had no drinks, I’ve had nothing. I haven’t put a single object in my mouth that shouldn’t have been there. The only thing that I’ve put in is what the nutritionist (gave me).

“It’s mental sacrifice, that’s for sure.”

On why making these changes are important for this particular fight:

“I always take these camps very serious and I always train hard, but this time I pushed it to the extent where I couldn’t have done anymore. This is the career-defining fight. This is the fight that cements who is the best heavyweight of this generation, right now. So I pulled out all the stops. I know Deontay Wilder’s been at home with his wife and kids, so that gives me an advantage.

“I know Deontay Wilder’s been drinking, whatever he likes to drink, his sodas and whatever, and eating home-cooked food by his Aunt, ‘cause I seen it on the TV show. So he’s been living in his comfort zone and I’ve been out of mine. People have been going away for training camps for over 100 years, training for fights and battles. So I’ve really gone back to the basics, really gone back to the old school, and I’m sure it’s gonna work on the night. All this sacrifice for the past 10 years will pay off.”

On if these sacrifices are an acknowledgement that Wilder is just a higher level opponent than everyone else he’s faced:

“Definitely not. For the first time in my high-profile boxing career, the first time ever I got everything right. Before I fought Wladimir Klitschko I lost 6 1⁄2 stone...and then I went in and fought Wladimir, beat him. Then for the Wilder fight I was out of the ring for 2 1⁄2 years...beat him. This time I’ve not had to lose any weight, I’ve been in camp for two years solid...This is the best Tyson Fury there’s ever been. And I’m doing it because I’m giving meself the best opportunity to become only the second man in history to win the Ring Magazine belt twice, behind Muhammad Ali. So that’s why I’ve put the sacrifice in.”