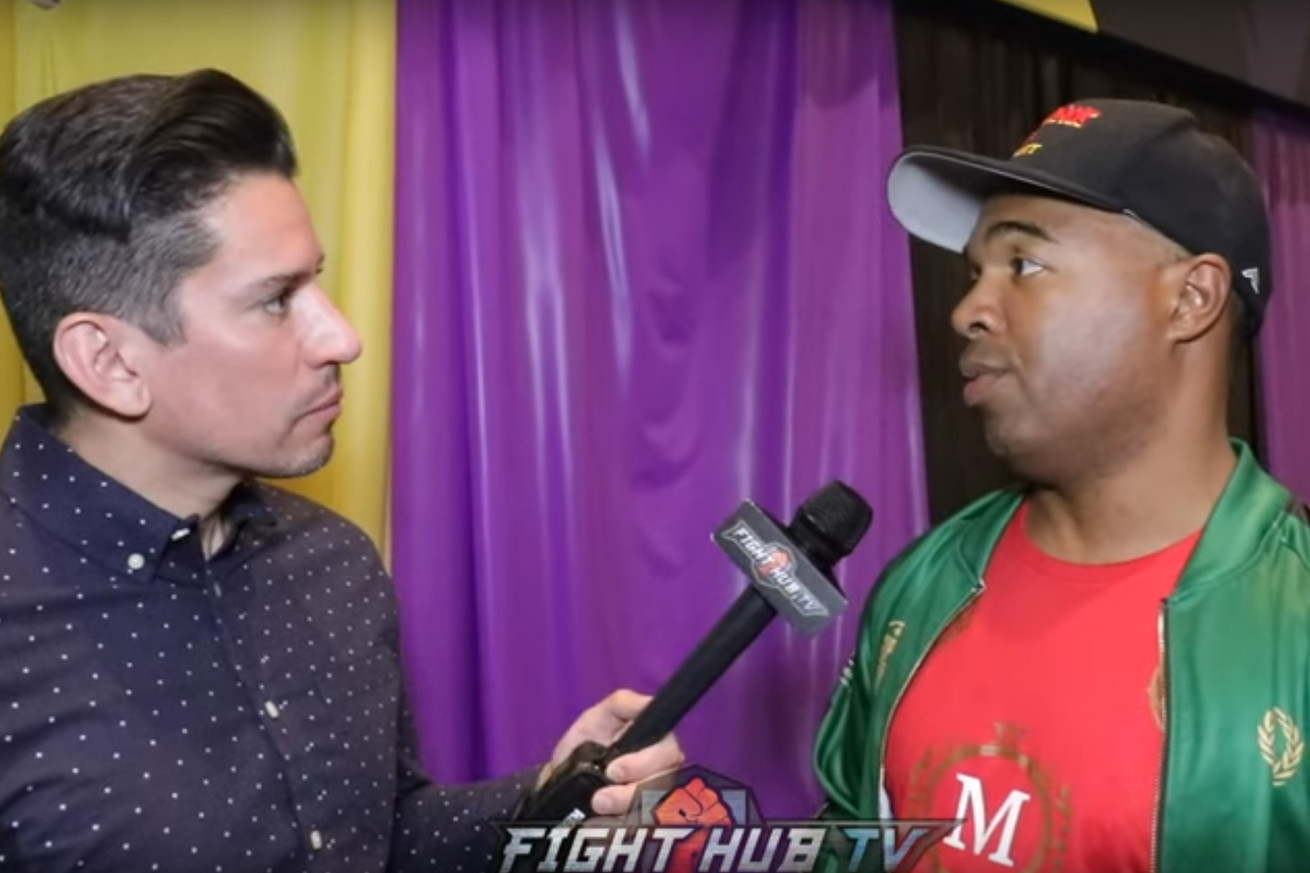 The Kronk trainer shares what he and Fury have been working on leading into tomorrow’s rematch.

With heavyweights Deontay Wilder and Tyson Fury set to collide in a rematch tomorrow night, Fury’s new trainer Javan ‘SugarHill’ Steward talks a bit about what they’ve been doing over the past couple months in preparation for this fight. Check out some excerpts below...

On very little coming out about Fury’s training camp and what they’ve been working on:

“Everything’s been top secret, like G14 classified...A lot of the things we worked on was just basic. He wanted basics and techniques — he said the before in previous interviews in actually bringing me in as a trainer of experience and my heritage and lineage with Emanuel and Kronk and being taught everything that Emanuel knows. So basic stuff, basic boxing.

“Tyson’s already an exceptional boxer without me, and so are a lot of other fighters. And the thing is, what Emanuel told me was that there’s so many fighters out here with so much talent but just don’t have basics. And these fighters are able to carry themselves to a top level in boxing and be successful without basics. Just think if they had the proper basics where they would go.”

On if he thinks Wilder is a perfect example of that:

On how he thinks Emanuel Steward would advise Fury to approach this fight:

“‘Knock Deontay Wilder out and we don’t have to worry about the judges’...I mean, he would say it much better than me because he spoke more fluid than me and have more years of practice...Get the knock out, that’s the only 100% sure way you know you won that fight.”

On it being a risky proposition to look for knockout against a huge puncher like Wilder because it puts you right in harms way:

“Yeah, but why not? ‘I almost got knocked out the first time’ so why not just take more chances and be more aggressive? I mean, you’re looking down the barrel of a gun regardless with Deontay Wilder. So what are you gonna do, not put up a fight?! Might as well go down swinging. Give it your best shot, knock out the man who’s knocking everybody else out.

“The first strategy didn’t work! It was unsuccessful. Tyson Fury calls it a failure, a draw. He wants to win — put it all on the line. And this is the way it is, this is the Kronk way, this is what Emanuel would say. I’ll never forget Emanuel training Lennox Lewis-Evander Holyfield I. I’m not sure if you remember but everybody’s thinking ‘Lennox is winning the fight’. Emanuel’s going crazy, screaming ‘pick up the pace!’ What happened? It was a draw. So there you have it — get the knockout. That’s the way I was schooled, I love it.”

On if he’s saying we can expect to see Fury coming after Wilder in this fight, bringing the fight to him:

On how Fury’s sparring in an aggressive style has panned out in training camp:

“Excellent. No problems. I encourage it...”