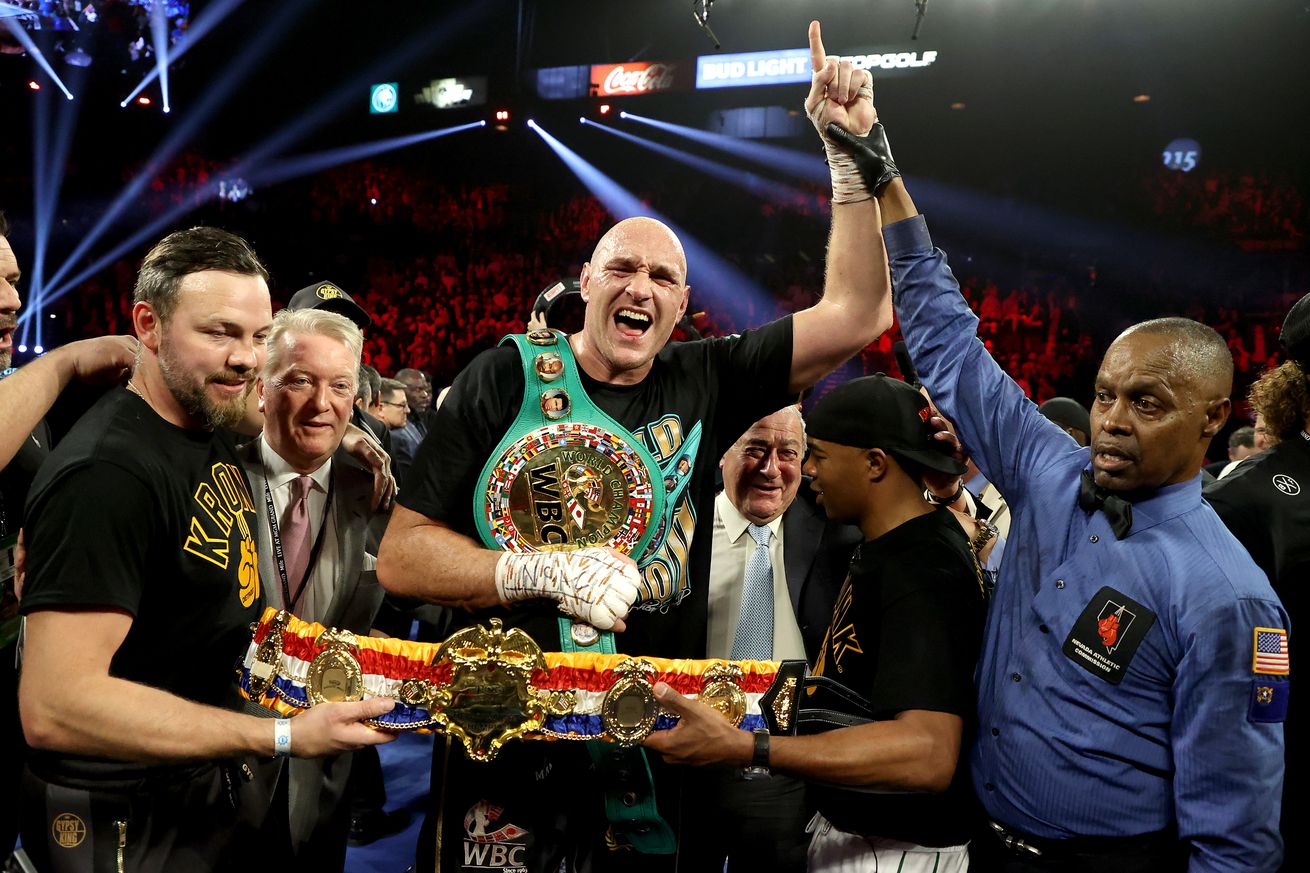 Tyson Fury is not only one of the best in boxing, but one of the sport’s best showmen, too.

Following their controversial draw in 2018, Tyson Fury wanted to leave no doubt in his rematch with Deontay Wilder last night in Las Vegas, and he put a beating on his rival, taking the WBC title via dominant seventh round stoppage.

Fury (30-0-1, 21 KO) is well-known as one of boxing’s most colorful characters in recent memory, and part of that has come from his love of singing in the ring after a victory. He did so again on Saturday at the MGM Grand, leading his team and a largely pro-Fury crowd in a rendition of Don McLean’s classic “American Pie.”

And a song to send everyone home.

The King has conquered the American Heavyweight landscape.

This one was more special than usual, with the crowd strongly singing along with Fury, who had conquered Wilder in one-sided fashion, firing up an already-passionate crowd even more. He gave the fans who traveled from overseas something truly special tonight, and sent them home — or at least onto the streets of Sin City — as happy as possible.