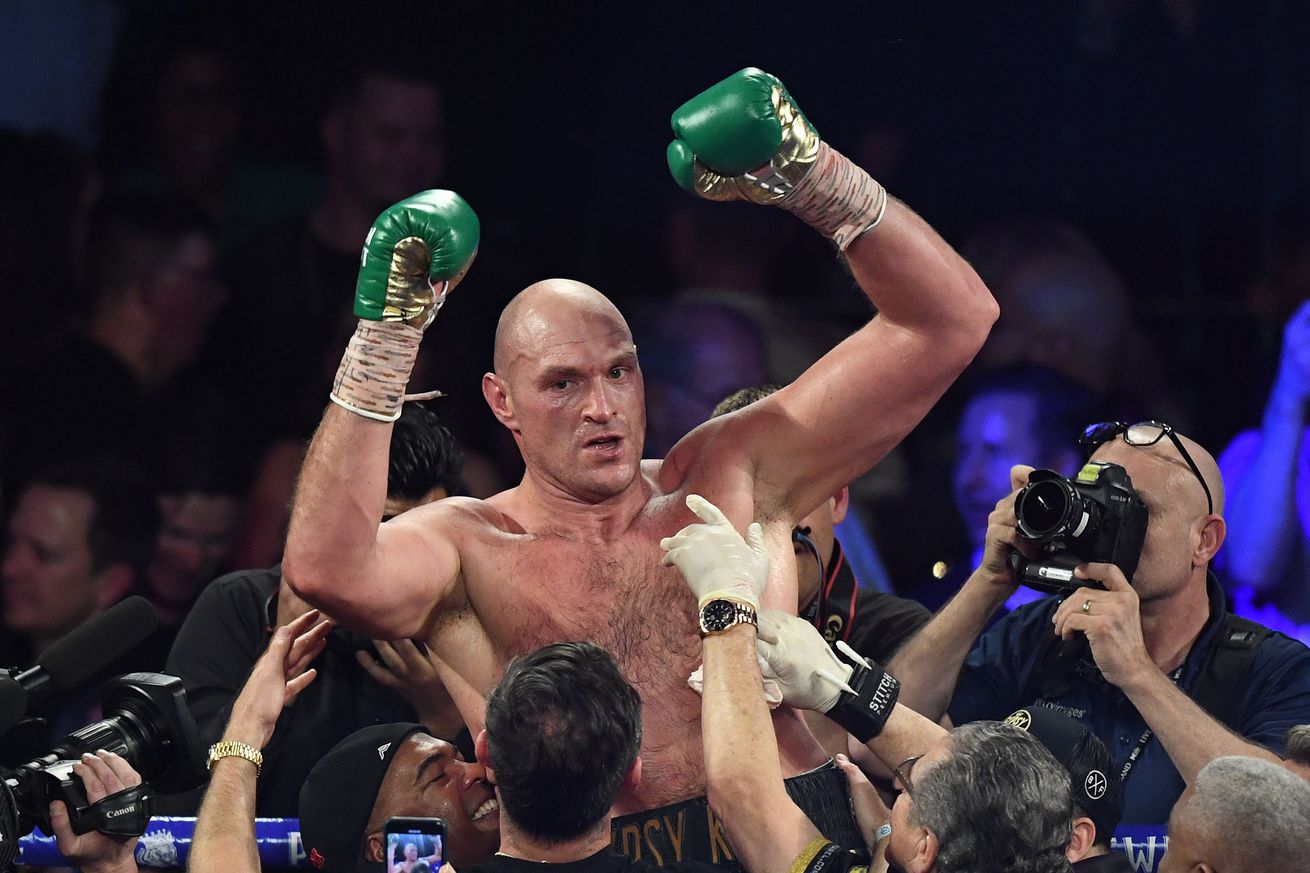 Tyson Fury put on a tremendous performance, and the pros had a lot to say about it.

Tyson Fury made his mark once again tonight, obliterating Deontay Wilder in their highly-anticipated rematch, winning via seventh round stoppage when Wilder’s corner threw the towel in a fight that had become increasingly one-sided.

Fury (30-0-1, 21 KO) now has to be considered the clear No. 1 heavyweight in the world, even considering he’s certainly not the undisputed champion, what with Anthony Joshua holding three of the four major sanctioning body titles. But Fury’s win gives him the WBC belt, which is a lot easier for most people to “get” than just the claim of being lineal champion, and he also gets the Ring Magazine belt back.

It was a truly dominant performance for Fury, who at 31 should have years left of his prime if he sticks around in the sport.

Twitter, of course, was highly active for the fight, and here’s what some of the pros had to say when all was said and done:

GET IN!!!! Wilder just got DESTROYED!!

Hands down, Fury is the best heavyweight of this era. Gotta respect the man.#WilderFury2 @trboxing @premierboxing

I’m surprised Fury stopped him. But Wilder’s lack of technical ability was on display. That eardrum didn’t help. #WilderFury2

Damn congrats @Tyson_Fury ! and @BronzeBomber you still the champ! and a hell of a fighter

Tyson did what he needed to do no hate great guy.

Have you ever seen anything like it?@Tyson_Fury is just absolutely awesome!!! #furyvswilder2

What a man @Tyson_Fury ! I’ve always said he’s the best heavyweight. Guess Hearn & AJ wont be going anywhere near him now after that . The gypsy king, king of all kings