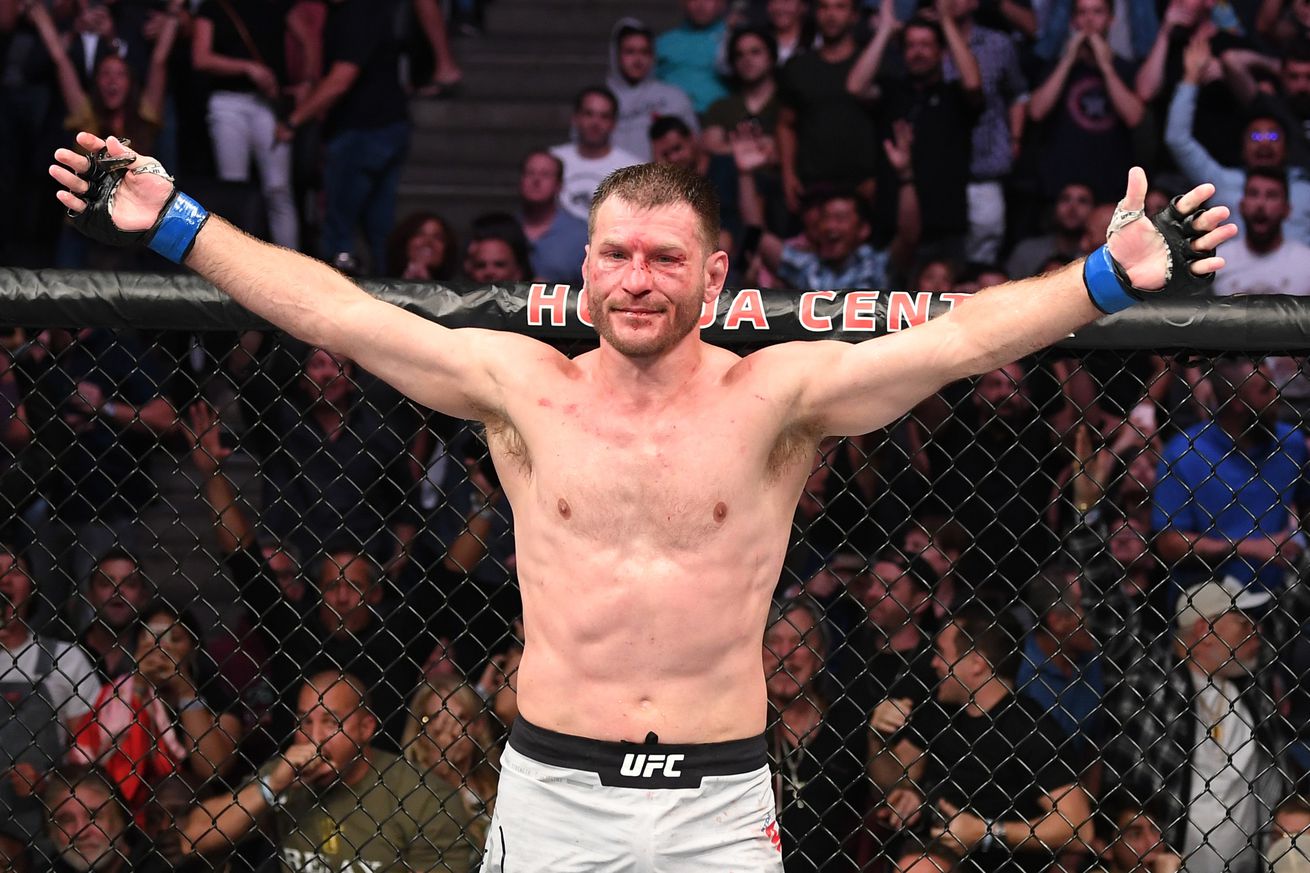 Crossover fights are all the rage, at least in theory.

Following Tyson Fury’s stoppage of Deontay Wilder in their rematch, there will no doubt be a long list of people who want to fight the new WBC heavyweight titleholder and LINEAL!!! champion.

Dillian Whyte wants it, Eddie Hearn is angling on behalf of Anthony Joshua, Wilder has a third fight in the contract if he wants to take it. Plenty of others will want to fight the “Gypsy King.”

You can put UFC heavyweight champion Stipe Miocic on the list:

Congrats @Tyson_Fury I’d love to sing Sweet Caroline in the ring. Let’s do this.

Miocic, 37, is a two-time UFC heavyweight champ, with a 19-3 record in mixed martial arts. He was a Golden Gloves champion in Cleveland, and his stand-up has been a big part of his MMA success, along with the fact that he was an NCAA wrestler at Cleveland State. He’s a good, well-rounded mixed martial artist.

Watch the Wilder vs Fury 2 highlights!

But he’s not a professional boxer, and no amount of regional amateur boxing experience from years and years ago is going to make him one. Tyson Fury, meanwhile, is the best heavyweight boxer on the planet.

It’s understandable why UFC guys want to fight boxers. For all the talk about how UFC has killed! boxing over the years, high-level boxing fights are still a lot more lucrative for the fighters involved. There’s novelty in it, and honestly, if we see too many more of these things there won’t be, so everyone would like to get in before the novelty is dead.

It’s worth noting that basically none of the replies to Miocic’s Tweet are encouraging him to do this. People who know don’t want this fight or really any fight like it. Fury would take Miocic apart in a boxing ring, just as Miocic would no doubt dust Fury in the cage. And Miocic and Fury aren’t exactly Conor McGregor and Floyd Mayweather in terms of star power, either, with due respect to both men.

I can’t really imagine this happening, but UFC and Top Rank do both have deals with ESPN, so...I mean, I don’t know. It’s not IMPOSSIBLE, let’s say that.