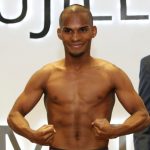 A clash between two former world title challengers will headline the 2020 series opener of the “Boxeo Telemundo” series.

Jonathan Gonzalez and Saul Juarez will square off Friday night at the Miccosukee Indian Gaming Resort in Miami, Florida. The 10-round junior flyweight bout will air on Telemundo (11:35 p.m. ET/ PT).

“It will be a great, even fight,” All Star Boxing promoter Tuto Zabala told The Ring. “Both have to win to have another opportunity to fight for a world title belt. Both are world-ranked and the fight is a clash between Mexico and Puerto Rico. You have the ingredients for a great fight.”

Gonzalez (22-3-1, 13 knockouts), who resides in Caguas, Puerto Rico, last fought on August 24, dropping WBO flyweight titleholder Kosei Tanaka before losing by knockout in Round 7. Gonzalez, who had won his previous four bouts, was ahead on two official scorecards.

The 29-year-old also fought for a world title belt in August 2016, losing to WBC strawweight titleholder Chayaphon Moonsri by unanimous decision. He has lost six of his last nine bouts, with three of those setbacks coming by split or majority decision.

Hard-hitting junior welterweight prospect Elvis Rodriguez (5-0-1, 5 KOs) of the Dominican Republic will square off against Kaylyn Alfred (4-2-1) of Lafayette, Louisiana. Rodriguez is trained by Freddie Roach.