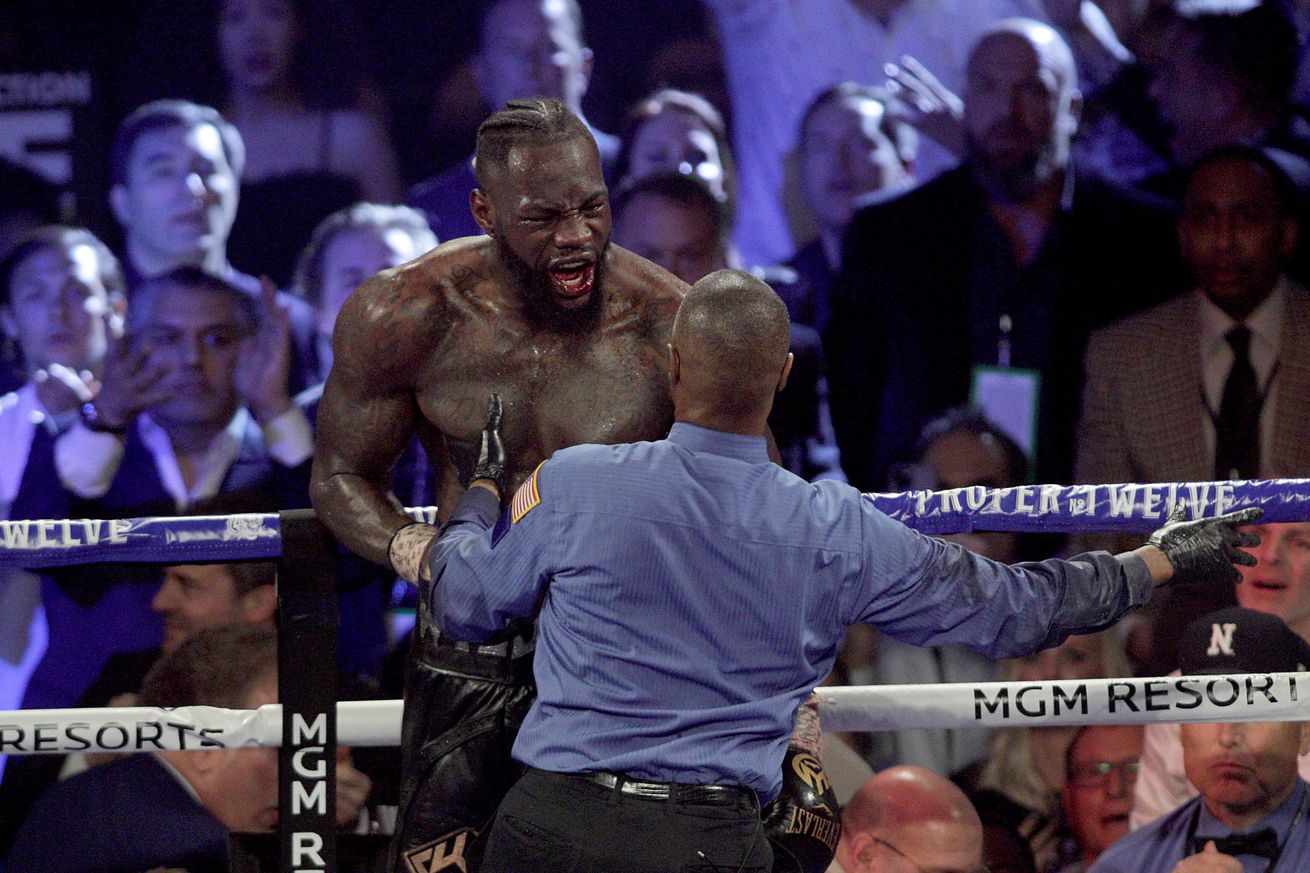 Wilder’s “0” wasn’t just taken last night, it was obliterated, and now he has to bounce back at age 34.

It’s not just that Deontay Wilder lost last night to Tyson Fury, it’s how he lost.

He was pummeled over seven rounds, never really all that competitive in the fight. Tyson Fury said he’d knock Wilder out, and while he didn’t leave Wilder on the mat in the second round as he’d specifically predicted, he did drop the American puncher two times and forced Wilder’s co-trainer Mark Breland to throw the towel in the seventh round.

Wilder (42-1-1, 41 KO) said he wanted to continue, and trainer Jay Deas has said he wishes Breland didn’t throw the towel. Some have criticized Breland for the move, others have seen it for what I agree it was: Breland, a former fighter, knowing when someone had had enough, and when as a cornerman to step in on behalf of a warrior who will not quit, and is only going to take further damage, or worse.

Now 34 years old, Deontay Wilder has had skeptics his entire pro career. I was among them for a time, but I think Wilder has proven himself legitimately capable. Does he have flaws and weaknesses in the ring? Sure. You’ll find all fighters do. But he had a five-year reign as WBC heavyweight titleholder and has been up with the best of the division for a long time.

But now he has to bounce back. He has to prove he can handle this mentally more than anything. That a loss won’t ruin him, that this isn’t the end of the road. We’ll have to see in the weeks and months to come what he decides to do in the short-term. Maybe he’ll fight Fury again next, maybe not. He has the option in the contract. And will Breland (or even Deas) remain as trainers? Deontay has been proud of his team and their loyalty to one another, but everything was working then.

The heavyweight greats have all had to bounce back from defeat at some point, most of them multiple times, save for Rocky Marciano. From Jack Johnson to Wladimir Klitschko, the heavyweight greats have lost fights. Anthony Joshua was shocked last June by Andy Ruiz Jr, and came back six months later to dominate Ruiz in a rematch, albeit with some help from Ruiz’ indifference to preparing for the fight.

There are no guarantees in boxing. It’s not certain Wilder will be able to bounce back, and it’s early to be guessing, but it’s not early to be thinking about it. Everyone has to be.

Do you think Deontay gets his mojo back? Is Tyson Fury just a terrible matchup for him? Will we see Wilder handle this well or will the loss — and, frankly, some of the embarrassment of getting smashed up by a dude who then sang “American Pie” in the ring — be the start of a crash for the “Bronze Bomber”?