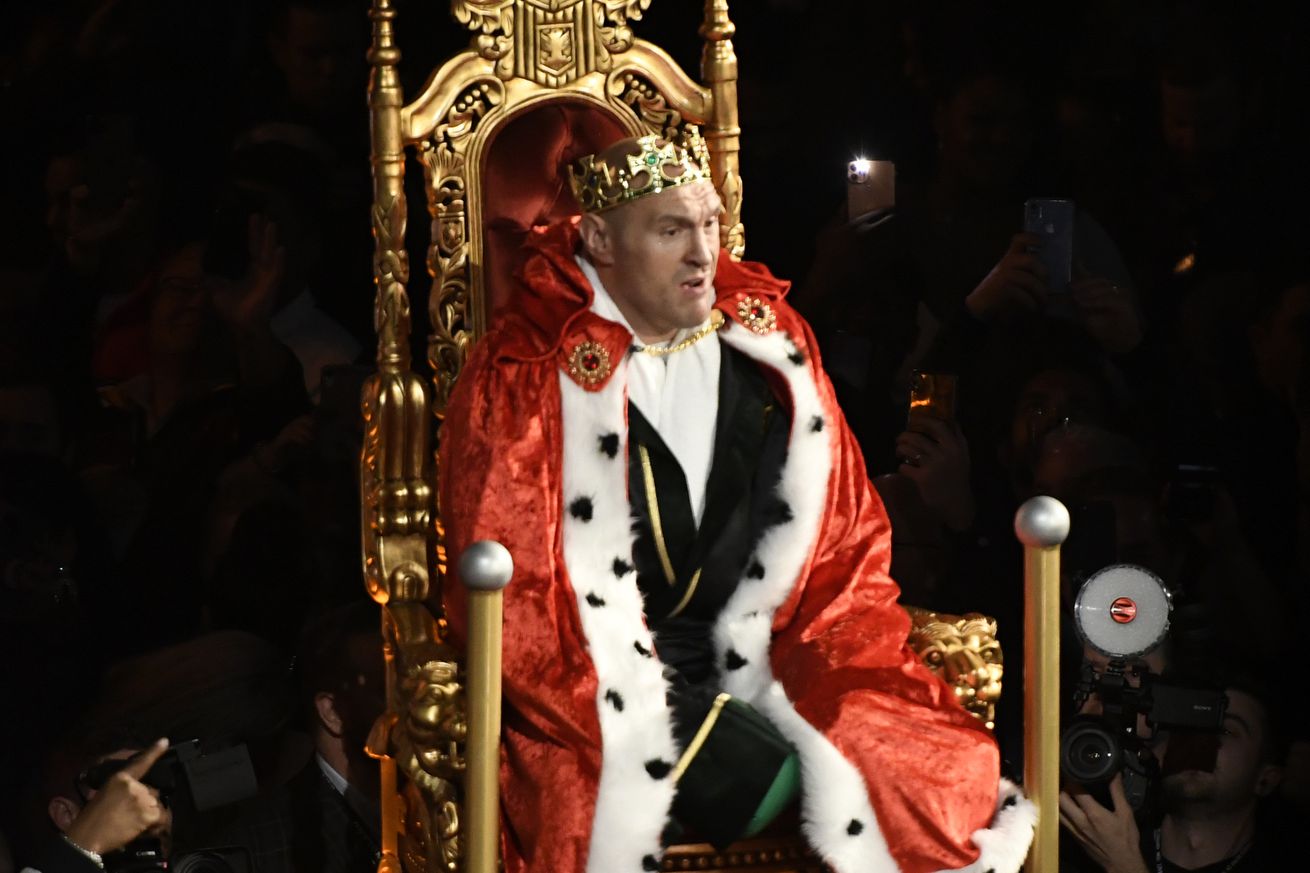 Tyson Fury’s win over Deontay Wilder rubber-stamped his incredible return to the pinnacle of boxing.

As Patsy Cline’s “Crazy” echoed around the MGM Grand, the “Gypsy King” bared his soul to the boxing world just moments before creating history for the second time in the heavyweight division.

Tyson Fury sat atop a gold throne, carried into battle amongst an adoring MGM Grand crowd in one of the most memorable and unorthodox ring walks in memory. As the tranquil frame of the 6’9” heavyweight slumped peacefully into his seat, his composed lips began following the words to the 1962 hit in a trance-like state.

Moments before the biggest fight of his life, it was clear that Fury’s desire to reminisce about his biggest demons on such a public stage was giving him the total confidence in achieving any other hurdle that could stand in his way. Most notably, Deontay Wilder.

Despite millions of eyes fixated on Fury’s every movement, this most public of entrances felt the most private of moments for the resilient Briton whose perspective on life has altered since dethroning Wladimir Klitschko in 2015.

Fury’s enduring endeavour to redefine masculinity and, in turn, eradicate the stigma surrounding mental health has been a noble and celebrated by-product of his climb back to the summit of the sport.

To some, including former WBC world champion Deontay Wilder, this perceived weakness has led to a route of attempted exploitation. “Don’t you ever forget that when I found you, you were strung out on coke,” the 34-year-old heckled to Fury during a heated fight week. “You were like a big house, contemplating killing yourself.”

Fury set his sight on bullying the bully. The “Gypsy King” wouldn’t look back, wouldn’t retreat from the opening bell as he took centre ring and began what would unfold as one of the most dominant, one-sided performances from a British fighter on foreign soil.

The bluff and bluster rumoured during fight week turned into a cold reality for the “Bronze Bomber.” Fury’s muscular frame threw thudding, unanswered missiles to the head and body of the bewildered American; the boxer had become the puncher and the original puncher had nothing to offer in riposte. Wilder was made to eat his words in claims that Fury possessed “pillow fists.”

The ending came in the seventh round as Mark Breland waved the white flag on Deontay Wilder’s eleventh title defence. “The King has returned to his throne,” Fury would exclaim in the post-fight interview, as the 31-year-old began karaoke-ing his way to another, now traditional, version of Don McLean’s ”American Pie.”

Bob Arum muttered along in bemusement; thousands of Britons recited the lyrics with unrivaled drunken gusto.

Fury’s smile was broad and honest, comfortable with what he had just achieved and content with the version of himself that he has allowed the world to see.

The newly crowned WBC heavyweight champion had re-climbed the mountain scaled in Dusseldorf, now with the tools and experiences to help cope with the pressures that accompany such acclaim.

“It is the best comeback in sport, not boxing,” Fury’s co-promoter Frank Warren declared. “He was in the depths of despair and to pull himself back from that is the most amazing thing. It is special.”

Fury is a boxing nerd. His knowledge of champions past and present trumps many a boxing historian; he’ll understand the gravitas of Saturday night’s performance, putting him alongside Alan Minter, Ken Buchanan, and Lloyd Honeyghan for British performances on away soil.

More importantly, he’ll now understand the importance of the hours, weeks and months that will follow.