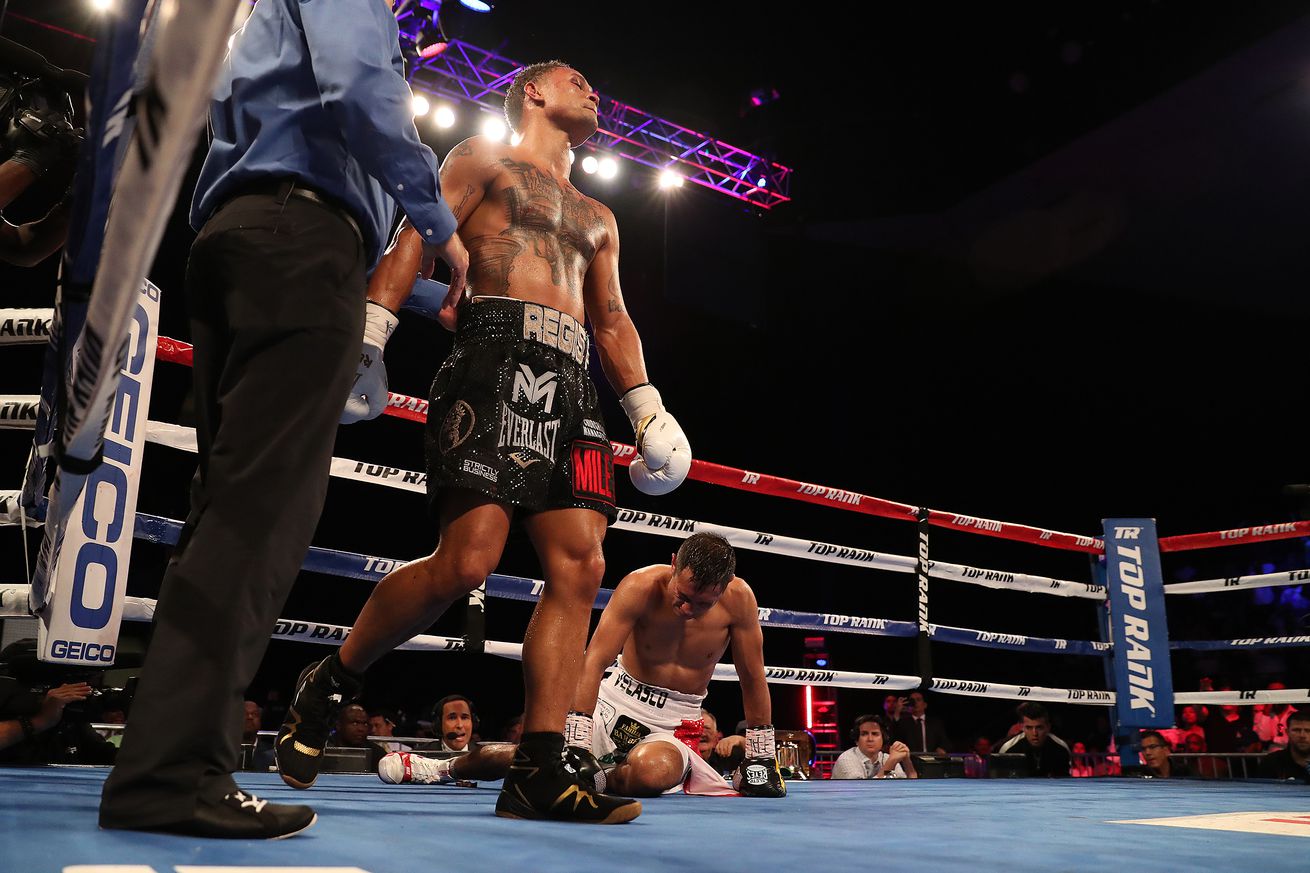 Campbell-Fortuna is for the vacant WBC lightweight title

DAZN reportedly has a doozy of a doubleheader planned for April 17th in Oxon Hill, Maryland. According to Mike Coppinger, the relevant parties have “agreed to terms” for a Regis Prograis-Maurice Hooker/Luke Campbell-Javier Fortuna doubleheader, a press conference for which will take place on Thursday in Dallas.

Prograis (24-1, 20 KO) vs. Hooker (27-1-3, 18 KO) is a battle for bronze at 140 pounds. “Rougarou” rode a seven-fight knockout streak into the World Boxing Super Series, where he overpowered former Hooker victim Terry Flanagan in the quarters before stopping the iron-tough Kiryl Relikh in the semis. He then produced a Fight of the Year candidate with Josh Taylor, ultimately losing a majority decision but acquitting himself quite well.

Some rough performances, namely a questionable draw with Darleys Perez, had most picking Hooker to lose to “Turbo” when they met for the WBO title in 2018. Instead, “Mighty Mo” took a clean decision, then proved it wasn’t a fluke with successful defenses against Alex Saucedo and Mikkel LesPierre. He likewise fell short in his own unification bout against Jose Ramirez Jr., prompting him to explore a move to 147 pounds, but it looks like he’ll be staying put after his catchweight knockout of Uriel Perez.

Campbell (20-3, 16 KO) vs. Fortuna (35-2-1, 24 KO) is a vacant WBC lightweight title fight due to a comedy of errors, but it’s still a really solid fight. Campbell was last seen falling to Vasiliy Lomachenko, having avenged his loss to Yvan Mendy a year prior, while Fortuna mauled Jesus Cuellar at the same MGM National Harbor set to host this card.