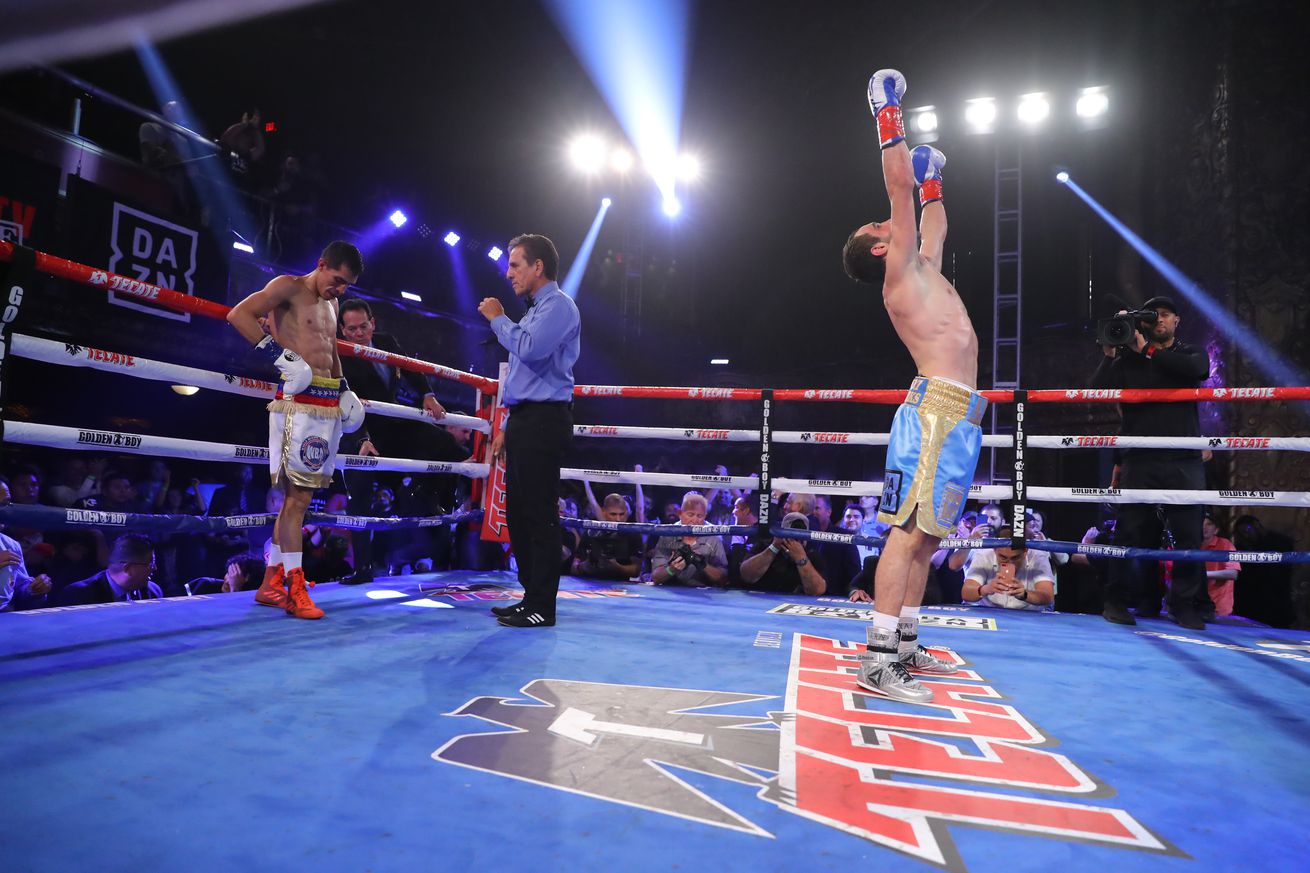 “Ever since signing with Golden Boy, my career has been taken to another level,” said Azat Hovhannisyan. “I got many great opportunities, including a fight against Ronny Rios and a world title challenge against Rey Vargas. Now that I’m fighting for an interim title on March 28, I’m happy to sign with Golden Boy again so we can score a great win and then look for even bigger fights!”

“Azat Hovhannisyan’s career is a perfect example of the outstanding way that we develop our talent,” said Oscar De La Hoya, Chairman, and CEO of Golden Boy. “Make no mistake, Hovhannisyan had a tough start to his career, despite being very talented. But, working together with his excellent team, we were able to hone his brutal instinct in such a way that would maximize his potential and make him into of the most dangerous contenders in the super bantamweight division. I’m positive that he will become a world champion.”

Hovhannisyan (18-3, 15 KO) is definitely among the most entertaining 122-pounders out there; he’s presently riding a four-fight knockout streak since losing a competitive decision to Rey Vargas, most recently overwhelming Franklin Manzanilla in a Golden Boy main event. He would make a terrific foe for “super” champ Murodjon Akhmadaliev or regular champ Brandon Figueroa, so hopefully the WBA’s reluctance to have fewer than four champions per weight class won’t prevent those fights from happening.

He has to get past Sanmartin (30-5-1, 20 KO) first, of course, but that doesn’t figure to be too difficult. The Colombian has lost every major fight to date, including a 2018 mauling from Emanuel Navarrete.