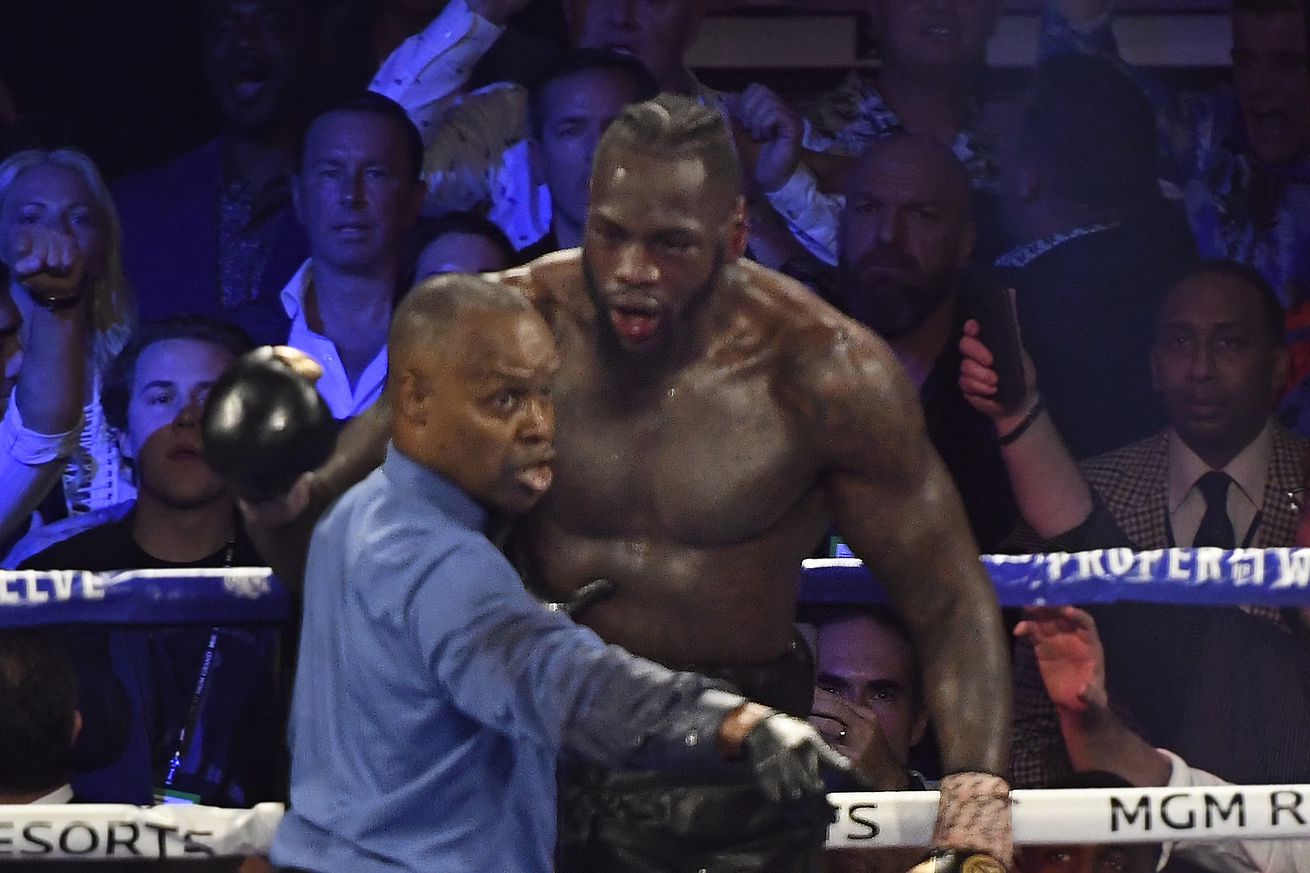 Wilder says Mark Breland was aware how he wanted his corner handled and he hasn’t made a decision on whether he’ll part ways with the trainer.

It’s only been a couple of days since Deontay Wilder was dramatically stopped by Tyson Fury to lose his WBC heavyweight title, and of course you all have heard the fallout since. Wilder has blamed his weighty costume of wearing on his legs, and also has publicly taken issue with one of his trainers, Mark Breland, who happened to be the individual who threw in the towel on his behalf.

Wilder’s other trainer, Jay Deas, immediately lamented Breland’s decision to call off the fight, and Wilder has since expressed his own disappointment in Breland making what he believes was an emotional decision in the heat of the moment, when he’s strictly advised his team not to do so if the occasion ever arose.

“For Mark to do it, I was very heartbroken,” Wilder said. “If I say statements like I want to kill a man [in the ring], then I have to abide by those same principles in the ring of him doing the same thing to me. I’d rather die than go out with someone throwing the towel in.

“He knows these things. It’s been premeditated. I’ve said this for many years. I told all my trainers, no matter how it may look on the outside, no matter how you may love me or have that emotional feeling, don’t make an emotional decision, and do not ever throw that towel in because my pride is everything. I understand what it looks like, but when you have power like me, I am never out of a fight, no matter what the circumstances. I’m never out of a fight.”

Wilder would continue by expressing how much it hurt him for Breland to do what he did — even though he says he still loves the trainer. But as of right now Wilder says he hasn’t made an official decision on whether or not he’ll cut Breland lose from his team, saying a decision will be made once he returns from a planned trip to Africa.