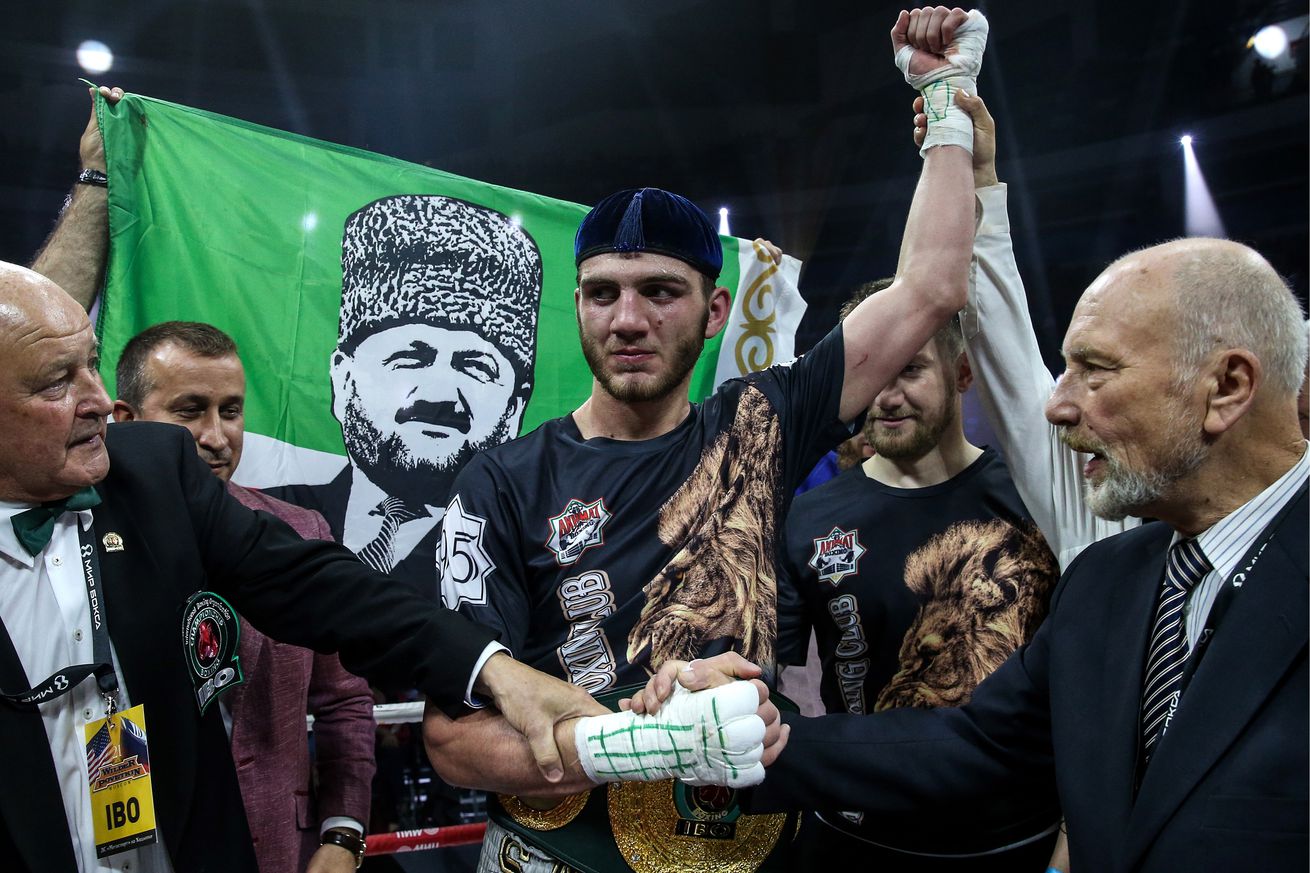 Taking a break from snatching up every unsigned heavyweight in sight, Top Rank has joined forces with ranked light heavyweight Umar Salamov, who “is expected” to make his promotional debut on ESPN or ESPN+ “this summer.”

The WBO No. 2 contender is expected to make his TR debut on an ESPN platform this summer. pic.twitter.com/yNwV0tQT55

“Now approaching the biggest time in my career, I am excited and very pleased to be signing with the world’s top boxing promoter, Mr. Bob Arum, and Top Rank,” Salamov said. “I am confident that I now have the right team to take me all the way to a world championship. This opportunity is huge, and I plan on making the most of it.”

“Umar is a gentle giant of a young man, an excellent fighter who has only begun to tap his immense potential,” said Top Rank chairman Bob Arum. “With Kevin Barry in his corner, he is in great hands. The light heavyweight division is on fire, and Umar is ready to add his name to the championship mix.”

Salamov (25-1, 19 KO), 25, has won six straight since a narrow decision loss to Aussie Olympian Damien Hooper on the Pacquiao-Horn undercard; can’t find full fight footage to determine whether it was a robbery, but considering the judging of the main event, you can make of that what you will. He became the first man to stop Poland’s Norbert Dabrowski last year, a feat Dominic Boesel and Eleider Alvarez failed to accomplish, and sits in three sanctioning bodies’ top 10s.

The WBO, where he’s ranked #2, recently ordered him to partake in a four-man tournament for their vacant light heavyweight belt, pitting him against dangerous veteran Maxim Vlasov in the semifinals. There’s no word yet as to how those negotiations are going, but seeing as they’ve yet to go to a purse bid the way the other semifinal did, I’d say there’s hope.