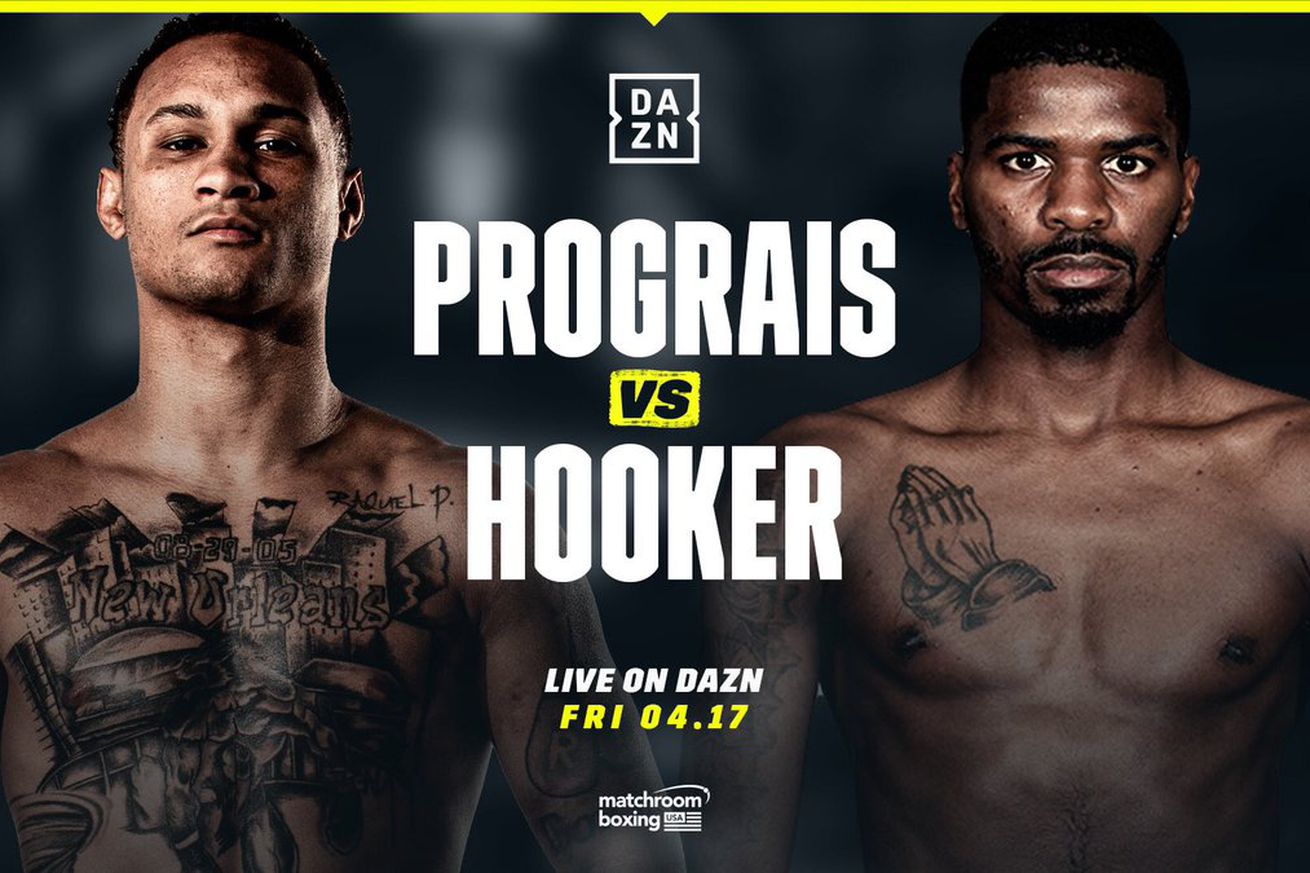 As reported earlier this week, former super lightweight champions Regis Prograis and Maurice Hooker will duke it out on April 17th in Oxon Hill, Maryland’s MGM National Harbor. They’ll meet at a 143-pound catchweight on DAZN.

Matchroom’s press release makes no mention of Luke Campbell vs. Javier Fortuna, which was purported to share this card, but Hearn does promise “a huge undercard with World title action and a host of big names,” which sounds like roundabout confirmation to me.

Prograis (24-1, 20 KO) is competing for the first time since his terrific 2019 war with Josh Taylor, who’s presently occupied with mandatory challenger Apinun Khongsong. “Rougarou” remains one of the fiercest body punchers in the sport and still has plenty of career ahead of him at 31.

“I can’t wait to get back in the ring on April 17 and prove that I’m one of the best fighters in the world,” said Prograis. “Maurice Hooker is a former World champion with a good skill set, but I’m very confident that I will be victorious and begin my march towards becoming a two-time World champion this year. We have a history of bad blood and this is a fight that I’ve wanted for a long time. I’m excited for this fight and I’m glad I’m going right back into a fight with a good competitor.

“I’m very grateful to my team for putting this fight together and to my fans all over the world, thanks very much for your continued support.”

Hooker (27-1-3, 18 KO) had announced his intention to compete at welterweight following a knockout loss to Jose Ramirez Jr., but has since been content splitting the difference with catchweight bouts against Uriel Perez and now Prograis. He’ll have three inches of height and more than a foot of reach on his foe.

“I’m excited to face a former World Champion,” said Hooker. “In my mind, he is still one of the best out there at 140lbs which, when I beat him, gives me a chance to show the world I’m also one of the best at this weight. You can bet this fight will get me closer to winning another belt. It’s going to be an exciting match and I’m ready to take him out.”

Even if the undercard doesn’t pan out the way we’d like, two highly entertaining former champions duking it out on a Friday sounds worth the price of admission.