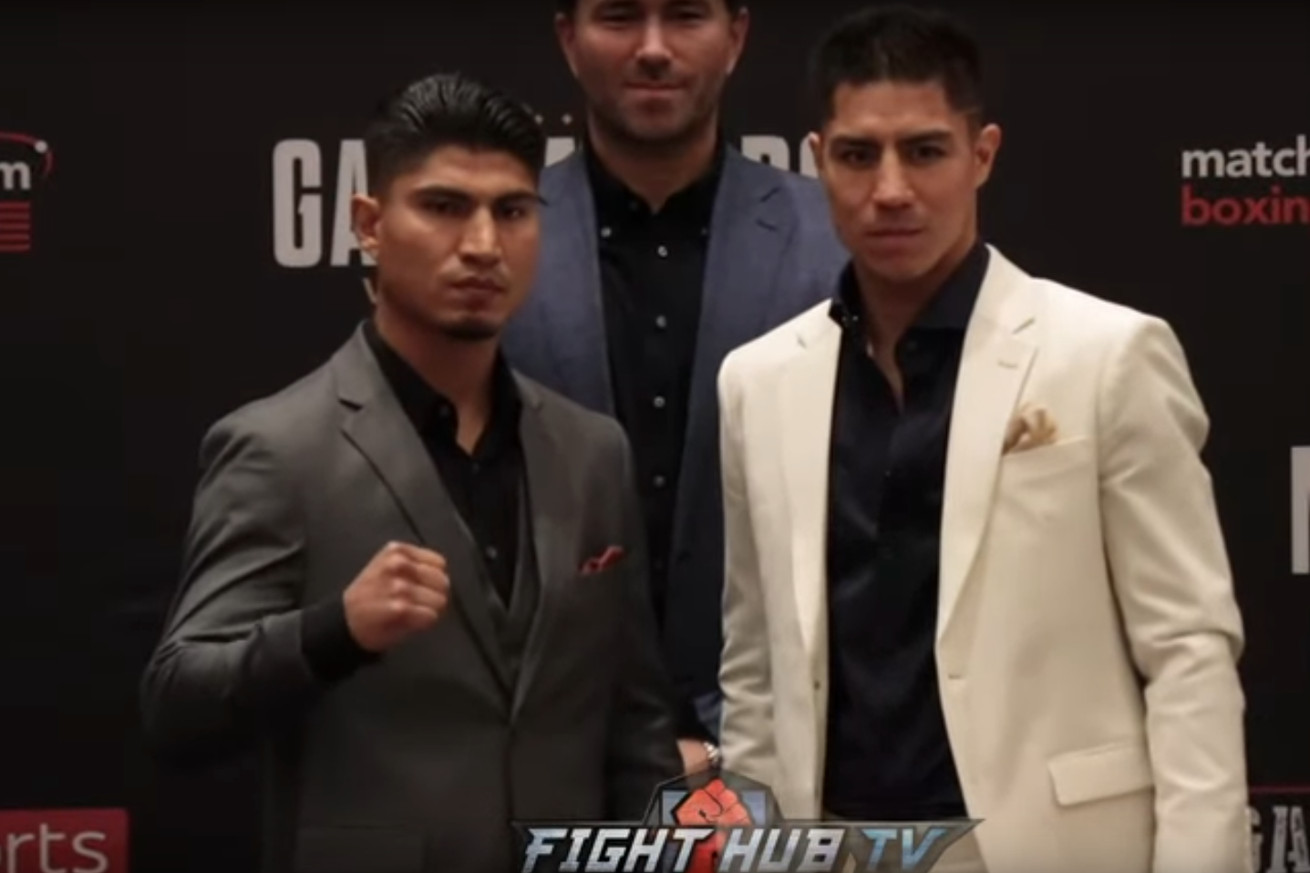 The two welterweights are set to collide this weekend in Texas.

With Mikey Garcia (39-1, 30 KOs) ready to make his next outing at welterweight, this time against veteran Jessie Vargas (29-2-2, 11 KOs), the two fighters met on stage for their final press conference before they square off in the ring this Saturday in Frisco, Texas. You can watch the full video above featuring all the fighters from the main card.

When Vargas, 30, made his way to the podium, he shared these thoughts on his fight with Garcia:

“I trained extremely hard these last two months. I can say easily that this has been my best training camp to date, just because I know what’s in front of me. I know Mikey’s a good fighter but I know the opportunity that he’s given to me, which I thank Eddie for, I thank my team for. I definitely plan and will take advantage of this opportunity...

“I trained my ass off for two months, trained hard, following the game plan, and I’ve never looked this good in the ring...I know Mikey’s a good fighter, I have respect for him, but the minute that the bell rings, it’s fight time...I plan to give you a fantastic performance to the point where you will be surprised and you will acknowledge that I am one of the best in the division and I am en route to becoming the best.”

Mikey Garcia would take to the microphone soon after, having this to say on the fight:

“It’s a tremendous card, it is a great stacked card, multiple world championship fights and great talent on display Saturday night. But I’m here to do one thing and I’m here to take over, show everybody that there’s a lot more to Mikey Garcia. I keep reminding people that I will be able to display all of my skills on Saturday night and prove to everybody that I can be a serious contender at welterweight.

“We landed on Jessie Vargas for those same reasons. He’s a former welterweight champion, solid career, two-division champion, big in size, height — all the things people keep telling me I shouldn’t be doing, the fighters I shouldn’t be fighting. That’s the reason why it motivates me, because I want to prove to everybody that there’s a lot more that I can deliver. And Saturday night will be that opportunity for me. I’m here to do everything it takes to win this fight.

“We worked very hard in the gym, we had tremendous sparring, we had a great camp, and I expect nothing less from Jessie. I know he put in all the time. I expect the best Jessie Vargas because that’s what’s gonna allow me to display all of my skills. I don’t want easy fights, I don’t ever go for easy fights — I turned down a lot of other fights because I thought they were too easy and that’s not what motivates me, that’s not what excites me. But Jessie Vargas excites me because he’s that big, strong, he’s the kind of name that I need to beat to prove to everybody, and I think it’s gonna be a great match-up.”