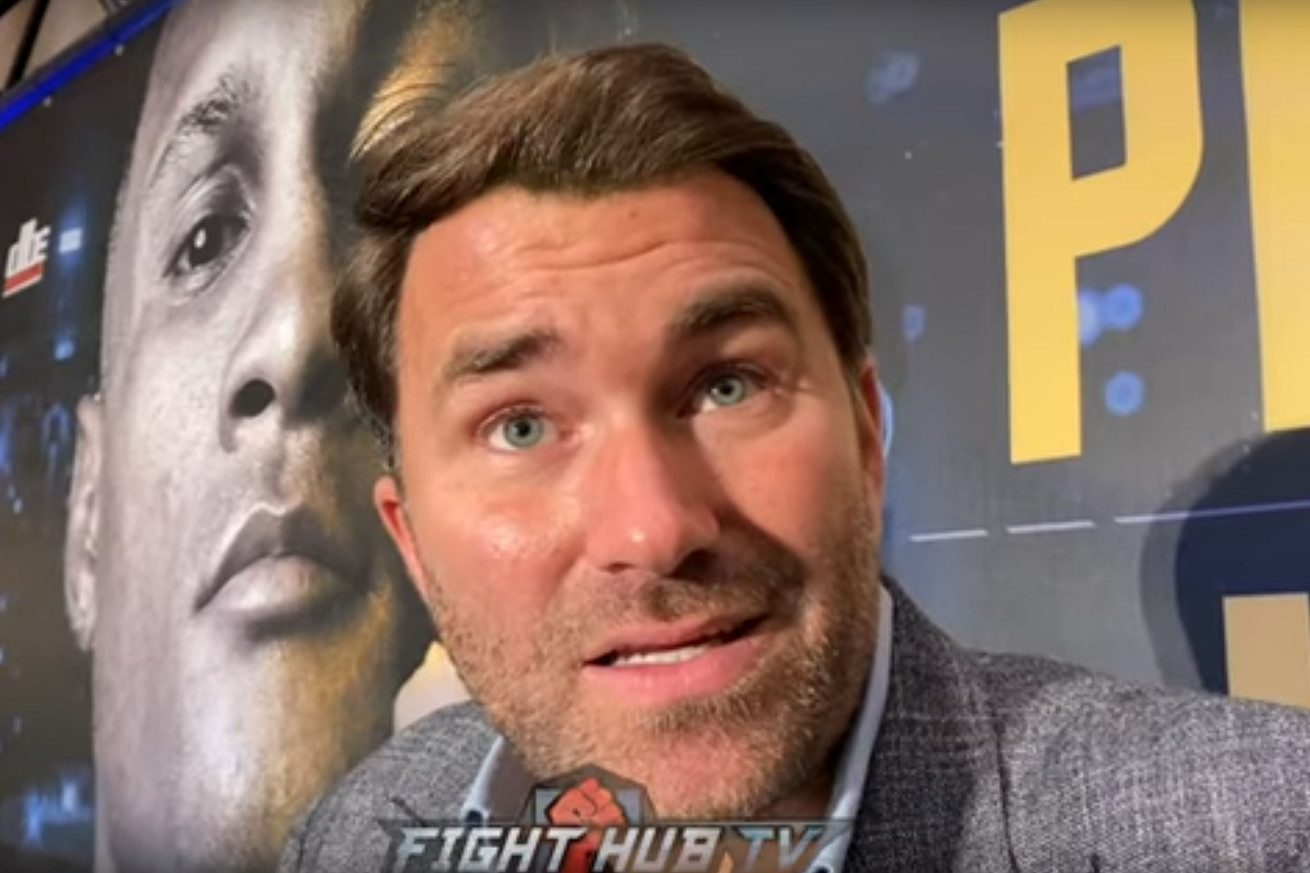 The Matchroom promoter discusses the status of some notable fights he’s trying to make.

Matchroom promtoer Eddie Hearn took some time to chat with our friends at Fight Hub TV about where things currently stand with negotiations between Canelo Alvarez and Billy Joe Saunders and Callum Smith, and why Jermall Charlo needs to man up if he’s willing to unify with Demetrius Andrade. Check out some excerpts below...

Hearn on the status of Canelo Alvarez versus either Billy Joe Saunders or Callum Smith:

“People think that I know more than I do. Well all I know is that Golden Boy know the price for both guys and basically we will get told at some point — I thought yesterday — or we just may lose the fight, maybe. Maybe they’re gonna go with someone else, I don’t know. But I think it’s gonna be one of those two guys and we’ll just wait for the call to say ‘It’s you.’

“Ultimately we don’t get to choose who it’s gonna be. We deliver the price to Golden Boy and they will choose who they wanna fight.”

On who has the lower price tag between Saunders and Smith:

“I’m not gonna tell you that...I think the promoter would like to go with the lower one, as promoters would do, but Canelo will wanna go with the one that he actually prefers, I think.”

On who he thinks Canelo prefers to fight between Saunders and Smith:

“I don’t know. There’s arguments for both guys, isn’t there? A victory over Callum Smith would give him the WBA world title and the RING magazine championship. And a victory over Billy Joe Saunders would be a victory over a guy that a lot of people have avoided for a long time, and another world championship.”

On why Demetrius Andrade isn’t in the mix for a Canelo fight:

“I think they just don’t wanna fight him to be honest with you. I think partly because Canelo wants to fight at ‘68. So I think if he would come to 160 he would consider Demetrius but it’s so difficult getting Demetrius fights, you know, like the bigger names, because people just perceive him to be too good. And maybe he’s not too good, but that is the perception that people have. ‘Oh no, not Demetrius. I ain’t fighting him.’ That’s honestly the response of most people.

“Doesn’t sound to me like Charlo and the training team want to fight Demetrius Andrade.

“On one hand Charlo will say he’s his own boss, and he messages me and says ‘send me an email.’ So I send him an email and he says ‘I don’t make any decisions, speak to Al Haymon.’ Well, what happened to Lions Only promotions, or whatever it’s called? I think it needs to be called ‘Cubs Only promotions’ because man up, be your own boss, and let people know what you wanna do.

“If you’re not willing to fight another champion in a unification fight for twice as much money as you’ve ever made, I don’t understand. Are you getting talked out of it? Is someone telling you they’ve got better options for you? So if it’s a network thing, do it on FOX. And if it’s not, take the money and prove your the best.”